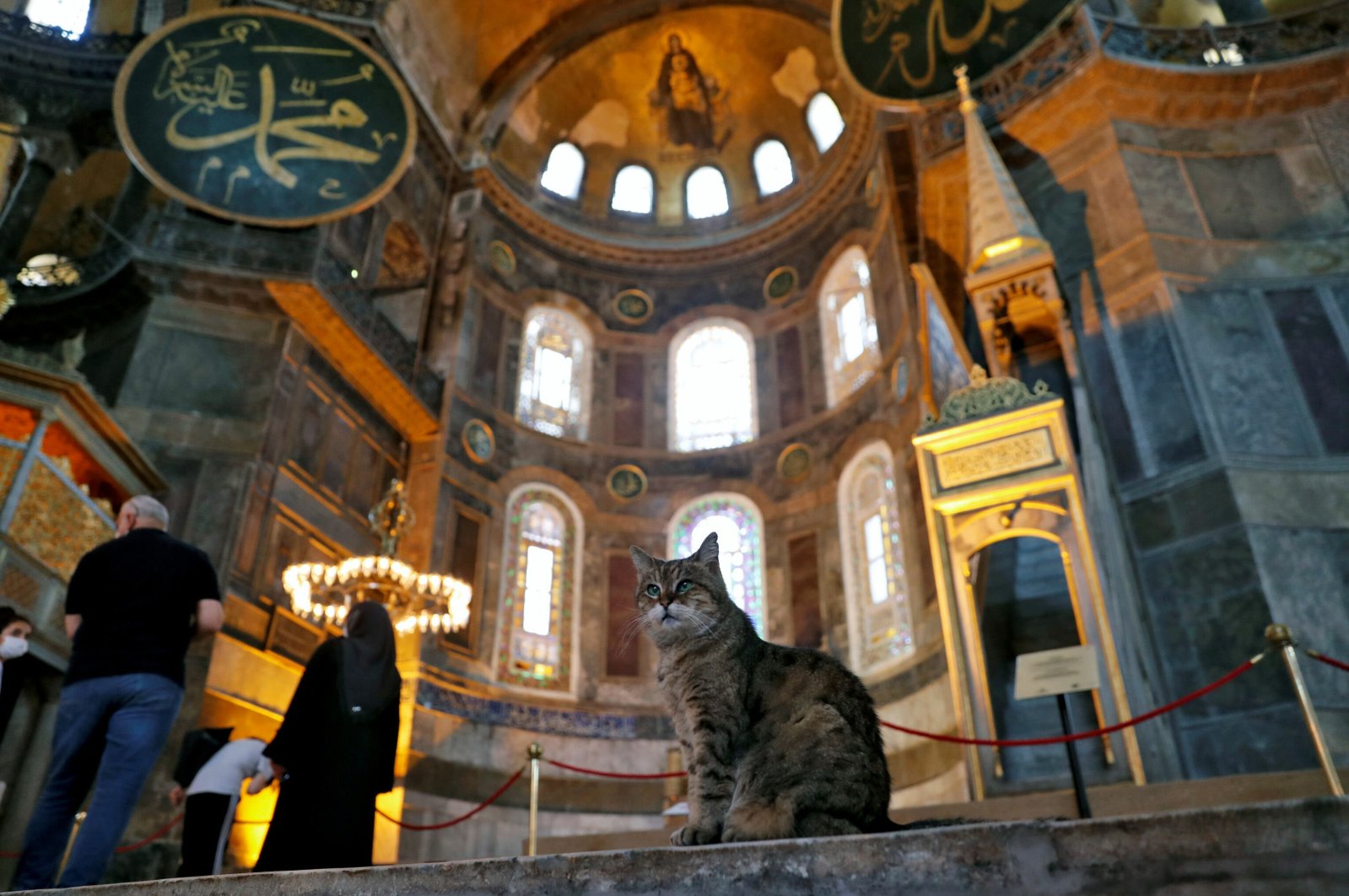 Gli, the Hagia Sophia Grand Mosque's favorite feline resident, has been isolated and is receiving treatment after falling ill, a statement posted on the cat's Instagram account said Friday.

“Dear Friends, here I am after a long radar silence ...” an update on Gli’s official Instagram account @HagiaSophiaCat read.

The caption noted that Gli would stay in a private residence for a while, as her heart “could not handle the stress and the crowds anymore.”

“Don’t forget, the best cure is love,” the statement read.

Regarded as a celebrity cat, Gli has over 103,000 followers on Instagram and has been living in the Hagia Sophia Grand Mosque for the past 16 years.