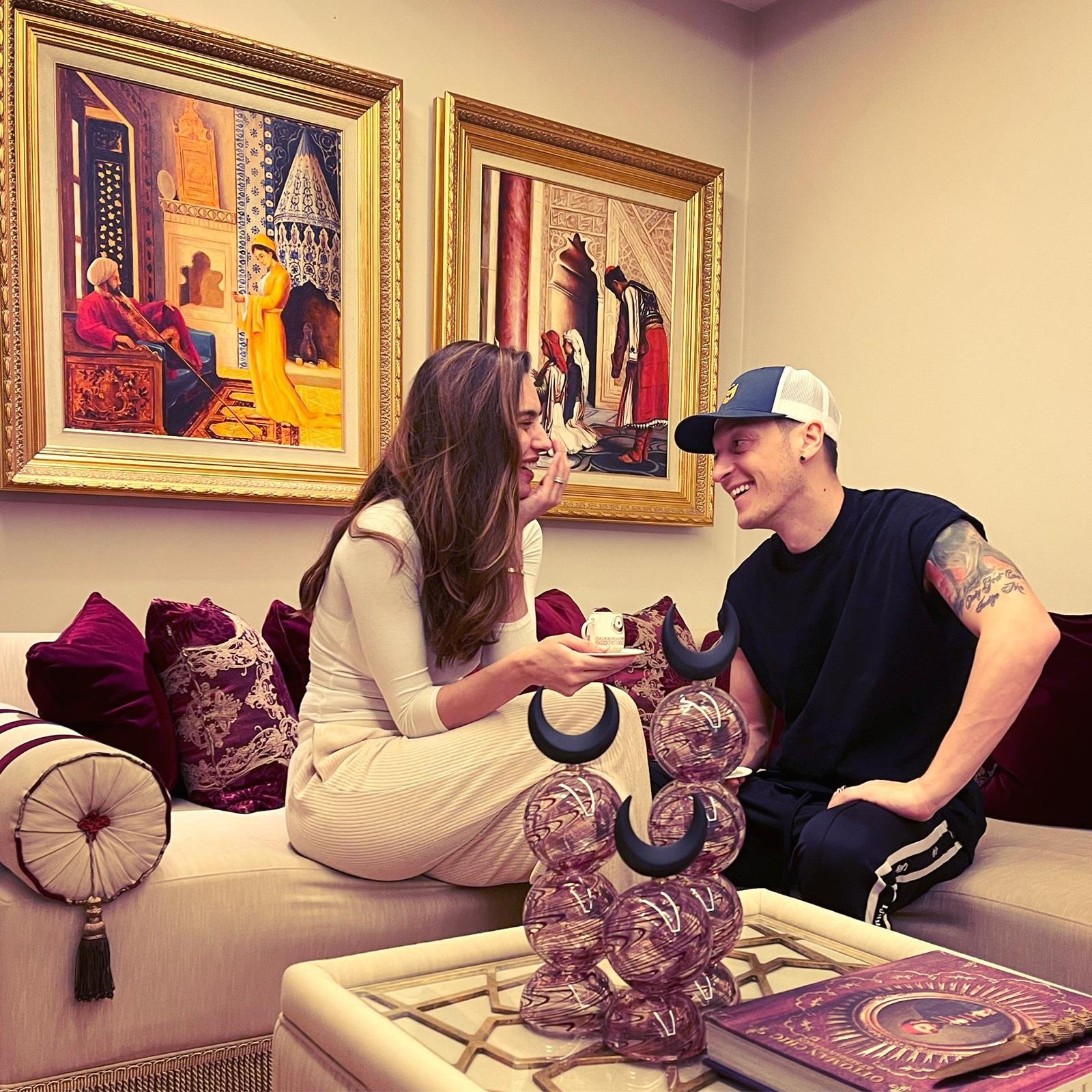 Mesut Özil, a German professional footballer of Turkish descent, has sent social media into a frenzy after sharing on Twitter a photo with his wife Amine Gülşe at their London home. What made the photo garner significant attention online, however, was hidden in the details.

The couple's photo, captioned “Turkish coffee with my love,” showed them sitting and enjoying a cup of traditional Turkish coffee. But the Ottoman nuances behind them were the real talk of the town.

A detail spotted by eagle-eyed fans was a replica of an 1879 painting titled “Coffee Table” by Osman Hamdi Bey, an Ottoman art expert and pioneering painter, known best for his famed painting “The Tortoise Trainer.”

Alongside Hamdi Bey's exquisite depiction, was French painter and sculptor Jean Leon Gerome's 1865 work titled “Young Greeks at the Mosque.” Gerome was one of the most famous artists of his time and was also a teacher figure to Osman Hamdi Bey.

Author Serdar Gülgün's “Ottoman Chic” was another item that earned the Özils praise for their elegant sense of decoration. Resting on the table, the book's unique cover artwork was unmissable. In the book, released in 2014 by the Istanbul-born interior designer, Gülgün narrates a tour of his historic mansion on the Bosporus.

The couch where the couple enjoyed their coffee was also ornamented with classic Turkish style pillows, the coffee table showcasing three tall decorative bibelots adorned with crescents, symbols of the Islamic faith.

Özil had before opened his doors to cameras and was a guest on a channel on Google's social media platform YouTube. The interior design of the playmaker's house was tastefully decorated to reflect his Turkish heritage and even featured a bronze-framed painting of Ottoman Sultan Selim III.

The couple bought the home, a mansion estimated to be worth 10 million pounds ($13.59 million), in 2016. It is located in an affluent area in north London.