1.5C climate goal: What needs to be done to get there? 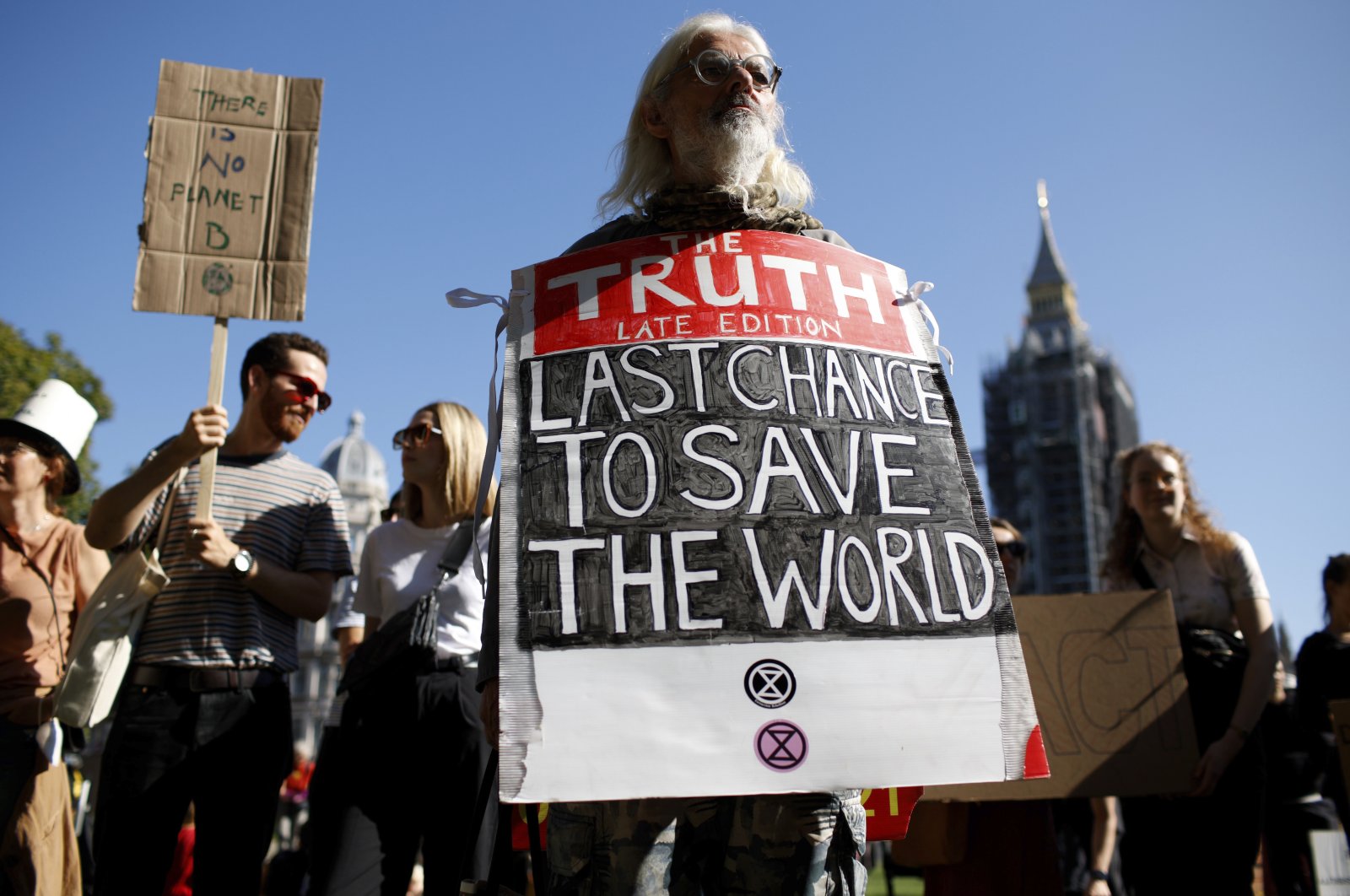 For many years scientists have been warning about impending climate change that will lead to "untold human suffering" if no major shifts are made.

The science is painfully clear: to cap global warming at 1.5 degrees Celsius (2.7 degrees Fahrenheit) – given that we're already at 1.1 degrees Celsius – means slashing carbon pollution in half by 2030, and to zero by mid-century.

But how to do that? What does this critical Paris Agreement target mean for our economies and our daily lives?

What, in other words, do we have to change?

"Everything," said Henri Waisman, an expert on low-emissions development at French think tank IDDRI, and a lead author of the 2018 U.N. climate report that first spelled out pathways to a 1.5 degrees Celsius world.

"And it has to be a root-&-stock change," he told Agence France-Presse (AFP). "We have to transform the way we produce and consume energy, the way we make key industrial products, the way we move from one place to another, heat and feed ourselves."

Faced with this overwhelming task, the temptation may be to attack the problem one sector at a time.

But we haven't left enough time for that, according to experts.

"If we want to get to levels consistent with the 1.5C pathway, we have to do everything at the same time, and right away," said Anne Olhoff, a researcher at the Technical University of Denmark and an author of the annual U.N. "emissions gap" report tracking our progress – or lack thereof – in reaching that goal.

Energy, agriculture, construction, transport, industry and forestry – these are the six sectors to target if humanity is to reduce greenhouse gas emissions by 2030 from nearly 60 to 25 billion tons of carbon dioxide or its equivalent in other gases, experts agree.

"If you have to chose one sector it's energy, not only because the emission reduction potential is the largest but also because there are quite a few easy wins," Olhoff told Agence France-Presse (AFP).

"We have the technologies needed to make this happen, it's mainly a matter of political will."

The fossil fuel with the biggest target on its back is the dirtiest and most carbon-intensive: coal.

"Coal-fired power plants, which account for about 40% of the total electricity today, need to be eliminated in two decades," said Matthew Gidden, team lead for mitigation pathways at research NGO Climate Analytics.

Rich countries need to take the lead, and should have all their carbon-belching coal plants shuttered by 2030, he said.

In the European Union, that would mean three closures every two weeks over the next 10 years. In the U.S., it would be mean one power plant closing every 14 days.

But China burns half the coal consumed worldwide, so unless Beijing follows suit the 1.5 degrees Celsius goal quickly slips out of reach.

"If you were to shut off China's 1,082 coal-fired power plants at the rate needed to be in line with the Paris Agreement, one plant would need to close every week," with the last one closing around 2040, said Gidden.

That's the deadline the International Energy Agency (IEA) has set for the global electricity sector – 40% of which is currently powered by coal – to become carbon neutral, a goal that would also require boosting solar and wind capacity four-fold by 2030.

But making electricity carbon neutral is not enough – every sector must purge its emissions.

In transport, the IEA has called for the last internal combustion engine to be sold no later than 2035.

In agriculture, the focus is on production methods that cast of nitrous oxide (N20), the third most important greenhouse gas after carbon dioxide and methane.

Halting emissions will also require producing and consuming a lot less beef, by far the most carbon-intensive of all meats.

There's the need to renovate residential and commercial buildings, which generate as much emissions as transport, and to develop new manufacturing methods for carbon-heavy industries such as cement and steel.

Finally, we cannot afford the continuing destruction of the planet's tropical forests, which absorb and store vast quantities of carbon dioxide.

Choices, and a clear 'vision'

"It's a question of choices, there is no pathway where we don't make a choice," said Joeri Rogelj, director of research at Imperial College London's Grantham Institute.

Choices made by individuals, but also on the role of nuclear power, bioenergies, or technologies not yet invented for sucking carbon dioxide out of the air.

More than anything, we need "leadership with a vision," Rogelj said. "Governments are essential."