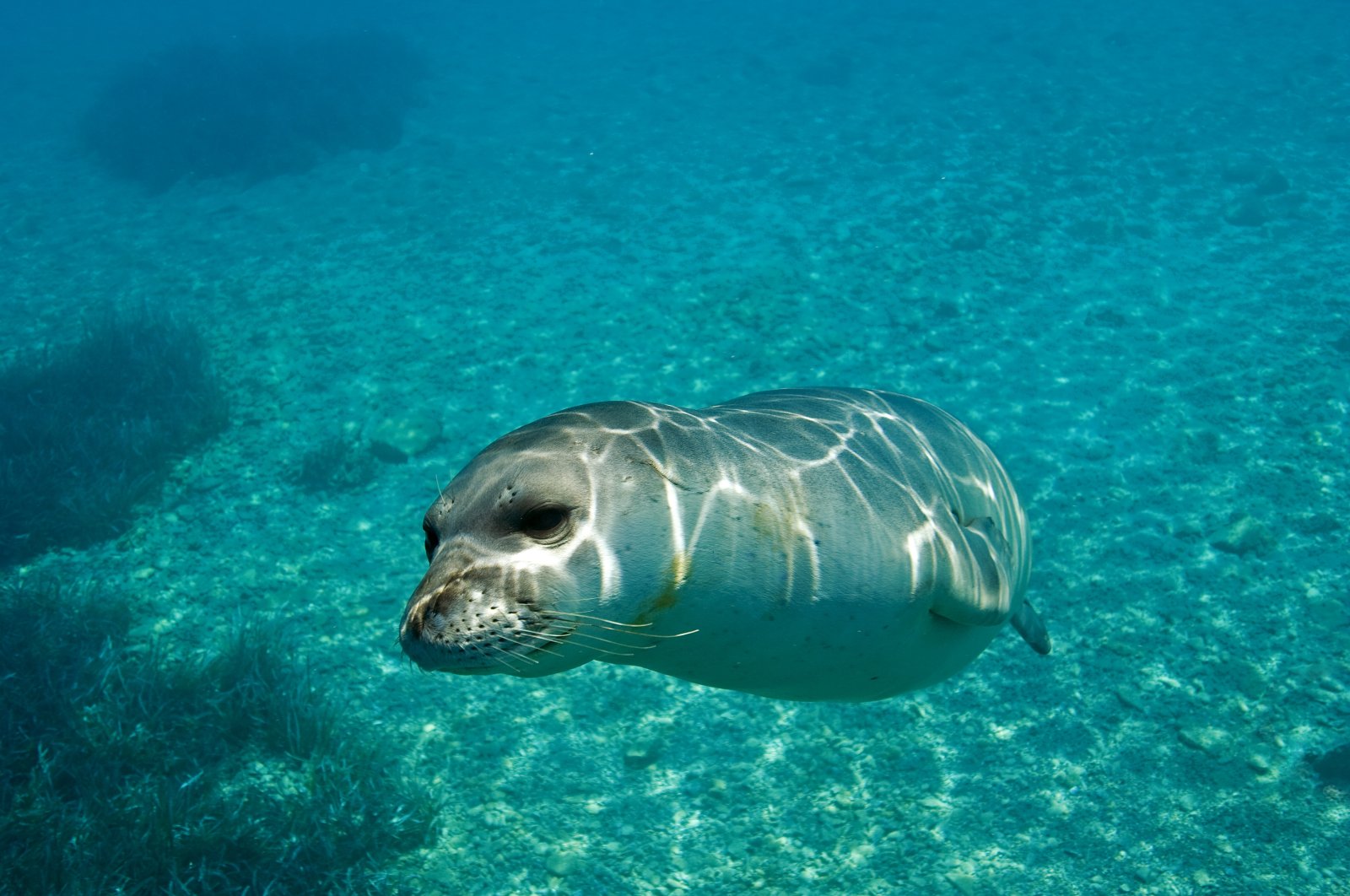 Turkey is among the four countries where these monk seals live. (Shutterstock Photo)
by DAILY SABAH Jul 14, 2021 5:12 pm
RECOMMENDED

Turkey is one of few countries that is home to Mediterranean monk seals, a critically endangered animal added to the World Conservation Union (IUCN) Red List of Threatened Species.

“There are around 600-700 seals on our planet, and three-fourths of those live on the shores of Greece and Turkey. The monk seal population started to increase recently," said professor Dr. Mehmet Gökoğlu, an academic from Akdeniz University (AÜ) Fisheries Faculty.

According to Gökoğlu, Mediterranean monk seals are an endemic species unique to the Mediterranean Sea. Their scientific name is “Monachus monachus,” and they have been spotted on the shores of Samsun, around Marmara Island, Izmir, Foça, Fethiye, the Gulf of Gökova, Antalya and Mersin.

Gökoğlu said: “The number of all Mediterranean monk seals ranges from 500 to 700. They are an endangered species and they spot clean places to settle. It is a sign that the area is clean and they recover in numbers.”

Gökoğlu warned people not to approach or disturb the monk seals.

"When a seal is seen, it should not be approached, because seals are creatures that bond very quickly with people. It is not necessary to enter their natural life. You can take a picture or a video from afar, but it is not right to get close to them and take a video. If they get used to being around people they might start coming close to the fishermen's boats, get injured and die or get stuck in their nets. It is best not to approach this creature and leave it in its natural state," he added.

Efforts to save the animal

In a bid to protect the population of Mediterranean monk seals, last year scientists have constructed a natural platform in the caves that monk seals inhabit in Turkey’s southern province of Muğla.

The Mediterranean monk seal is one of the world’s most endangered marine mammals. It is the sole member of the genus Monachus, and is one of two surviving species of monk seals along with the Hawaiian monk seal. The species is described as ”critically endangered” by the IUCN and is listed on Appendix I of the Convention on International Trade in Endangered Species (CITES). Because of their trusting nature, they were easy prey for hunters and fishermen using clubs, spears and nets.

Pointing out that the summer season is at its peak on the Mediterranean coast, Gökoğlu noted that the nesting season for Caretta caretta has started and is still going on in some spots.

"There are citizens trying to shoot a video while these creatures go ashore and lay eggs. This is not right, do not disturb these animals," Gökoğlu warned.