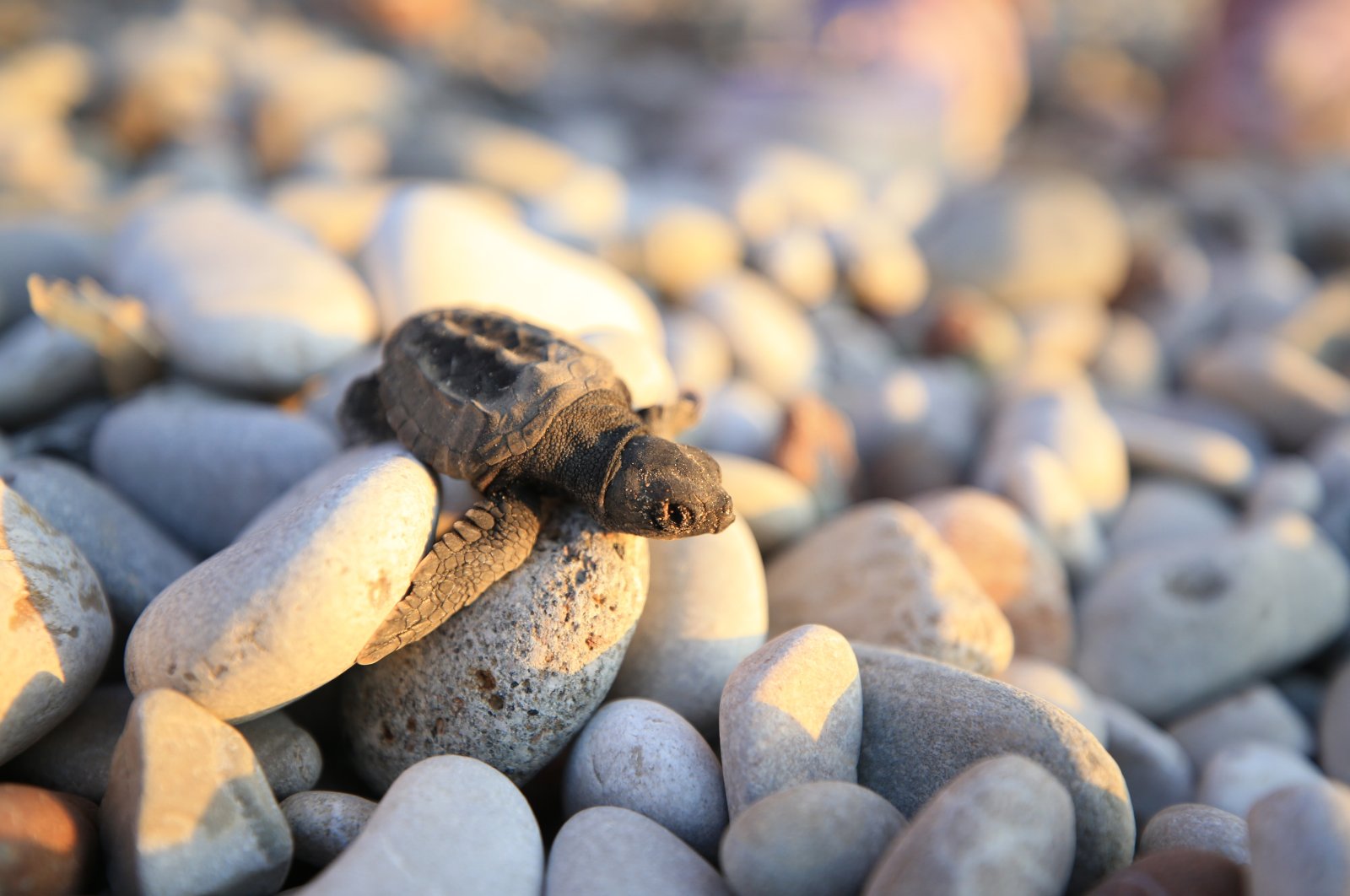 Newborn Caretta carettas, or loggerhead sea turtles, strive to make their way to the sea amid a hatching season monitored closely by activists for endangered animals.

Iztuzu beach in the southwestern Turkish province of Muğla is among the primary breeding grounds for the animals. With baby steps and wading through sand, young turtles overcome obstacles to reach the sea. Activists are always there to ensure a safe passage for turtles whose nesting grounds are occasionally threatened by beachgoers unaware of their presence.

The Sea Turtle Research and Rescue Rehabilitation Center (DEKAMER) is among the volunteer nonprofit groups helping the animals reach the sea. They regularly monitor the breeding grounds in a project coordinated by the local branch of the Ministry of Environment and Urban Planning.

DEKAMER also hosts an artificial ground similar to the nesting grounds on the beach for newborns unable to reach the sea. There, they are kept for one day where they get used to the world they opened their eyes to, then they are released onto parts of the beach closest to the sea.

Professor Yakup Kaska, the project coordinator at DEKAMER, says Iztuzu is among the most well-preserved places in Turkey and the wider Mediterranean region for turtles. He told Anadolu Agency (AA) on Tuesday that newborn turtles started emerging from 20 nesting grounds, while adult turtles were still making new nests for themselves. “We have 600 nesting grounds and we expect them to reach at least 750. By the end of the hatching season, about 35,000 newborn turtles will travel to sea according to our projections,” he said.

Young turtles are barely visible on the beach as most are only 4 to 5 centimeters long, and the world they are born into is huge for them. Kaska says that even a small human footprint on the beach is a big obstacle to overcome. Spots dug out by beachgoers to accumulate sand to build sandcastles often prevent them from reaching the sea.

Kaska said excessive lighting on the beaches also posed a threat for newborns sensitive to light. “Hotels and other businesses near the sea should dim their lighting or can use more red lighting to avoid harming the Caretta carettas,” he said.

Well-intended human intervention is also a risk, according to Kaska. “Some people put the newborns in buckets and pour them into the sea. This is wrong. These animals have to learn by themselves how to head to the sea. Thus, when they are grown up, they can return here and lay their own eggs,” he said.

The hatching season is expected to continue into late September.