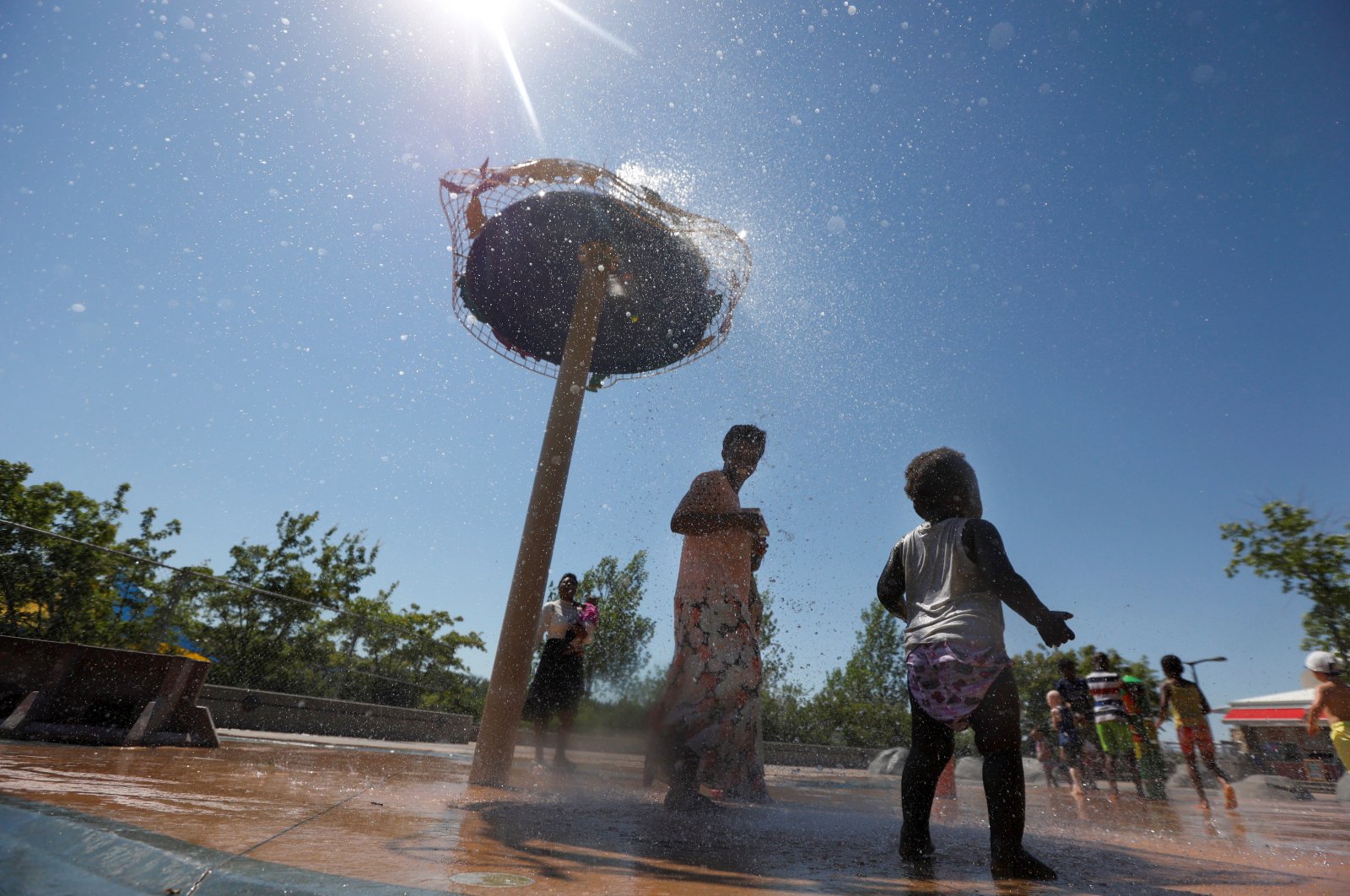 Kids play in water to cool off during the scorching weather of a heat wave at a River Landing splash park in Saskatoon, Saskatchewan, Canada, July 2, 2021. (Reuters Photo)
by French Press Agency - AFP Jul 07, 2021 1:08 pm
RECOMMENDED

Hundreds of people lost their lives amid record high temperatures in Canada and the United States last month.

The European Union's climate monitoring service reported Wednesday that last month was the hottest June on record in North America. The monitor said the sweltering weather was stoked by a deadly heat wave searing parts of the region that illustrates the impacts of global warming.

Record-breaking heat scorched from the Southwest to the Northwest of the U.S. and into Canada, where the all-time record daily temperature was broken three days in a row in British Columbia. The region was 1.2 degrees Celsius (2.16 degrees Fahrenheit) above the 1991-2020 average in June, according to the Copernicus Climate Change Service (C3S).

"These heat waves are not happening in a vacuum. They are happening in a global climate environment that is warming and which makes them more likely to occur," said C3S climate scientist Julien Nicolas.

Globally, June 2021 joins the same month in 2018 as the fourth warmest June. It was the second warmest June on record for Europe, while northern Siberia also saw extremely high summer temperatures. It is already well understood that heat waves are occurring more frequently, are more intense, and are lasting longer than they did in the past, Nicolas told Agence France-Presse (AFP).

"The heat waves that we saw last month in North America, western Russia and northern Siberia are just the latest examples of a trend that is projected to continue into the future and is tied to the warming of our global climate," he said.

The regions affected also had unusually dry soil, according to a report from C3S, which noted that both wildfires and heat "posed threats to life." Dozens of fires have ripped across parts of Canada in recent days, fuelled by the deadly heat wave and tinder-dry conditions.

"What happened in Canada was a big jump with respect to the previous record," said Carlo Buontempo, the director of C3S. "These hot records are a powerful reminder of the impact climate change could have on our lives," he told AFP.

In May, the World Meteorological Organization and Britain's Met Office said there was a 40% chance of the annual average global temperature temporarily surpassing 1.5 degrees above preindustrial temperatures within the next five years.

The past six years, including 2020, have been the six warmest on record.