Hottest May in 51 years raises heat wave concerns in Turkey 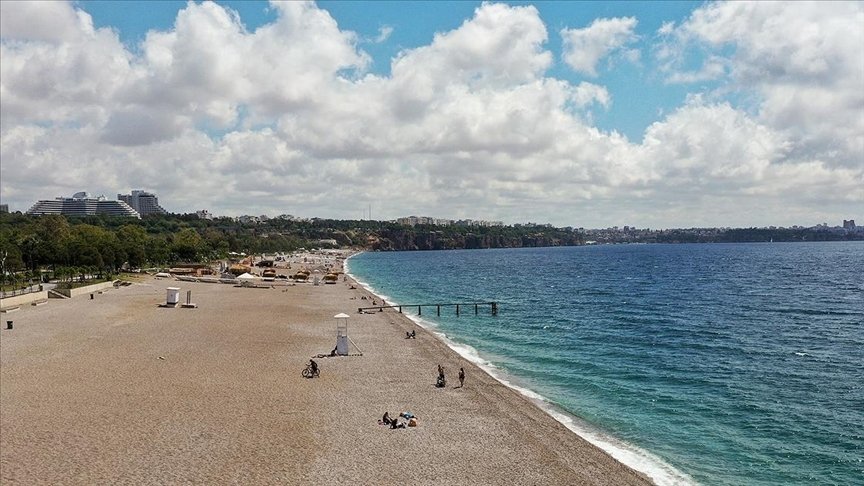 June's sporadic rainfall in Turkey’s west may be a relief but statistics show the country went through its hottest May in 51 years, something that may be a harbinger of hotter days in a few years.

The average temperature in May, which was 16.7 degrees Celsius (62 degrees Fahrenheit), rose 2.6 degrees according to data provided by Turkish State Meteorological Services (TSMS). Thus, it exceeded May 2007 figures in terms of temperature increase. Few places were spared from extreme temperatures excepting Samandağ in the southern province of Hatay, the only place where temperatures were below May's average.

Professor Levent Kurnaz, director of Boğaziçi University’s Center for Climate Change and Policy Studies, says the nearly the entire world suffered a temperature rise stemming from carbon dioxide emissions from the use of coal, oil and natural gas. “It warms up the atmosphere. Last year was the hottest for the world and 2019 was the third hottest year in recent memory. This does not mean every year will be hotter than the previous one because the atmosphere occasionally changes,” he told Anadolu Agency (AA) on Thursday.

Kurnaz said Turkey grew warmer in the spring while the United States and European countries were cooler. He attributes the rise in average temperatures to El Nino, a climate pattern characterized by an unusual warming of waters in the eastern Pacific Ocean that influences weather across the globe. “If it manifests itself next year and in 2023, average temperatures will be higher in Turkey,” he warned. He said it may lead to drought and agricultural losses, along with health problems, especially for children and the elderly.

Turkey was embattled with 2020's dry spell, raising concerns over worsening drought. Last year was the third hottest in decades for the country and it was also unprecedented in terms of weather-related disasters.

This decade was the globe's warmest according to the World Meteorological Organization (WMO), with temperatures 1.2 Celsius degrees above the preindustrial era temperatures of the 19th century. The agency also predicts with a 20% probability that temperatures will temporarily exceed 1.5 degrees as early as 2024.

In January, United Nations Secretary-General Antonio Guterres said that 2021 was a critical year for climate, calling for multilateral action against climate change as he urged countries to cut global emissions to alleviate the impact of climate change.