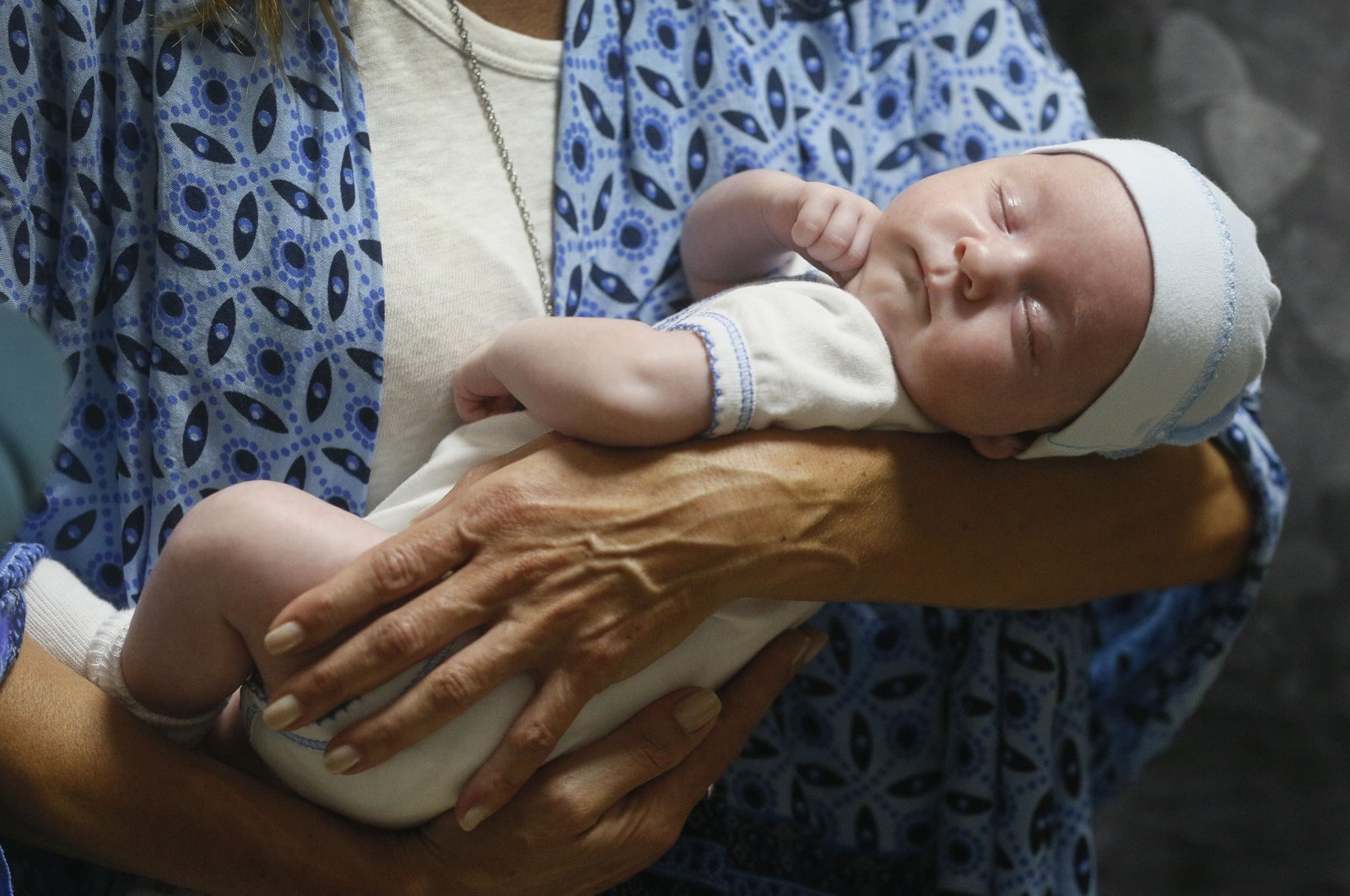 Andreo Diez, from Buenos Aires, Argentina, holds Ignacio, her baby born via a Ukrainian surrogate mother, after spending two weeks in quarantine, due to the coronavirus outbreak, in Kyiv, Ukraine, June 10, 2020. (AP Photo)
by French Press Agency - AFP
Oct 21, 2020 8:05 am

Air pollution killed 476,000 newborns in 2019, with the biggest hot spots in India and Sub-Saharan Africa, according to a new global study that said that nearly two-thirds of the deaths came from noxious fumes from cooking fuels.

More than 116,000 Indian infants died from air pollution in the first month of life, and the corresponding figure was 236,000 in Sub-Saharan Africa, according to the State of Global Air 2020.

The estimates were produced by the U.S.-based Health Effects Institute and the Institute for Health Metrics and Evaluation's Global Burden of Disease project.

The authors wrote they relied on a growing body of evidence linking mothers' exposures during pregnancy to air pollution with the increased risk of their infants being born too small (low birth weight) or too early (preterm birth).

These conditions are associated with serious complications and already account for the vast majority of neonatal deaths in both regions.

The new analysis estimated what the percentage of those deaths came from ambient and household air pollution.

"An infant's health is critical to the future of every society, and this newest evidence suggests an especially high risk for infants born in South Asia and sub-Saharan Africa," said Dan Greenbaum, President of HEI.

"Although there has been a slow and steady reduction in household reliance on poor-quality fuels, the air pollution from these fuels continues to be a key factor in the deaths of these youngest infants," he added.

Overall, the report found that air pollution led to 6.7 million deaths worldwide in 2019, making it the fourth leading cause of death behind high blood pressure, tobacco use and dietary risks.

The authors added that while the COVID-19 pandemic had led to significant societal and personal costs, "many countries around the world have experienced blue skies and starry nights, often for the first time in many years," but these gains were short-lived.

"Nonetheless, the blue skies have offered a reminder of what pollution takes away," it said.