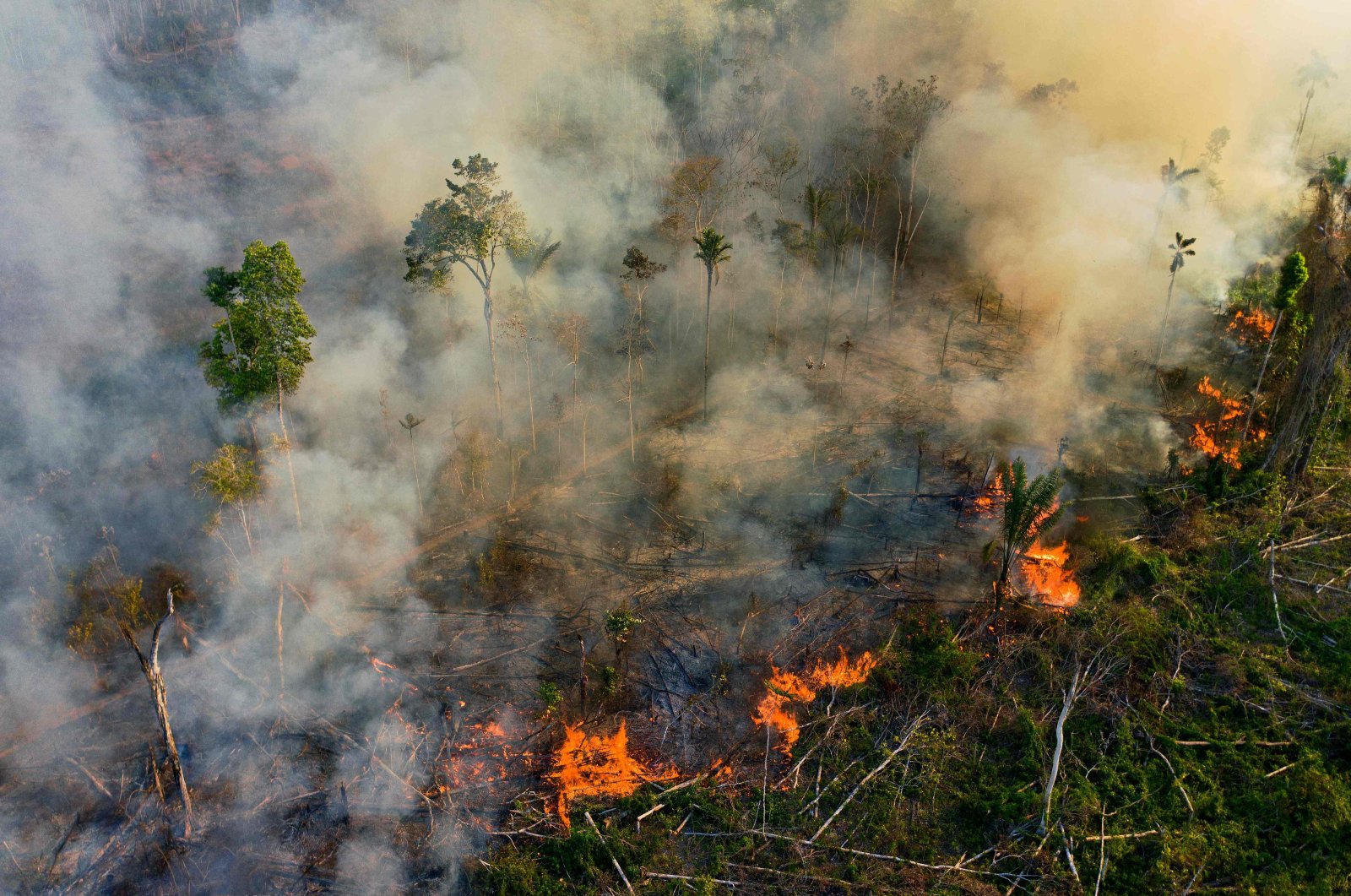 Most of the species in the Amazon threatened with extinction suffered habitat loss due to fires over the last two decades, a study said Wednesday.

Researchers used remote forest fire sensing data to model impact over time and compared the devastation with the estimated geographic ranges of over 11,500 plant and 3,000 vertebrate species.

The results showed that about 150,000 square kilometers (58,000 square miles) of the Amazon rainforest have experienced fires since 2001, damaging the habitats of up to 85% of the fragile ecosystem's threatened species.

Looking at fire trends and taking into account drought, the scientists uncovered an unmistakable link with human activity, especially deforestation.

"We found that the fires and their impacts are correlated with forest policy regimes in the region," Xiao Feng, author of the study published in Nature, told Agence France-Presse (AFP).

In Brazil, where most of the Amazon basin is located, policies to reduce deforestation were put in place in the mid-2000s.

But President Jair Bolsonaro has pushed to open protected forests to agribusiness and mining, presiding over a surge in deforestation since taking office in January 2019.

"The impact (of fires) was lower during 2009-2018, but we observe an uptick in 2019, which coincided with the relaxation of the forest policies in the region," Feng said.

Fire-impacted areas were estimated to be 20%-28% higher than expected, affecting the habitats of over 12,000 plant and animal species.

To show the impact of fires on Amazon biodiversity, Feng and his team used a vast plant species database, as well as expert maps of animal habitats from the International Union for Conservation of Nature (IUCN).

Based on conservative estimates of the geographic ranges for each species, Feng and his team built up what they described as "the largest and highest-resolution data set of range maps that currently exists for the Amazon basin."

Overlaying these maps with fire-impacted forest zones based on satellite data produced a grim picture for biodiversity.

The damage, the study notes, will likely get more intense as fires move from the perimeter to the ecologically rich heart of the Amazon basin.

Asked to cite one case in particular, Feng hesitated.

"I hope people care about this not because of a few species that people love or care about," he said.

"Rather that the fires and deforestation have been and are still impacting the great Amazon biodiversity, nonstop."

Fires are often set in the Amazon to clear land.

"Slash and burn is one common way of deforestation," Feng confirmed, "but the fires can spread into standing forest, intentionally or unintentionally."

Fragmented forests with more edges, thinner canopies and less interior moisture are especially vulnerable to new fires that are likely to be more intense.

Scientists note that the last four months of 2019 saw fewer fires than expected.

This coincided with efforts by the government to ramp up fire fighting and enforcement of existing policy after international backlash, the study says.

But Feng and others worry that the huge and increasing cumulative impact of fires will soon reach a point of no return.

With its rich, high-density forests, the Amazon is still one of Earth's most important carbon sinks, providing crucial protection against global warming and degradation of air quality.

But deforestation and fires increase the chances of the Amazon transforming from tropical forest to savannah.

"If this happens, it will be a tragedy," said Feng. "Having effective forest policy will help delay, if not prevent, the coming of the tipping point."