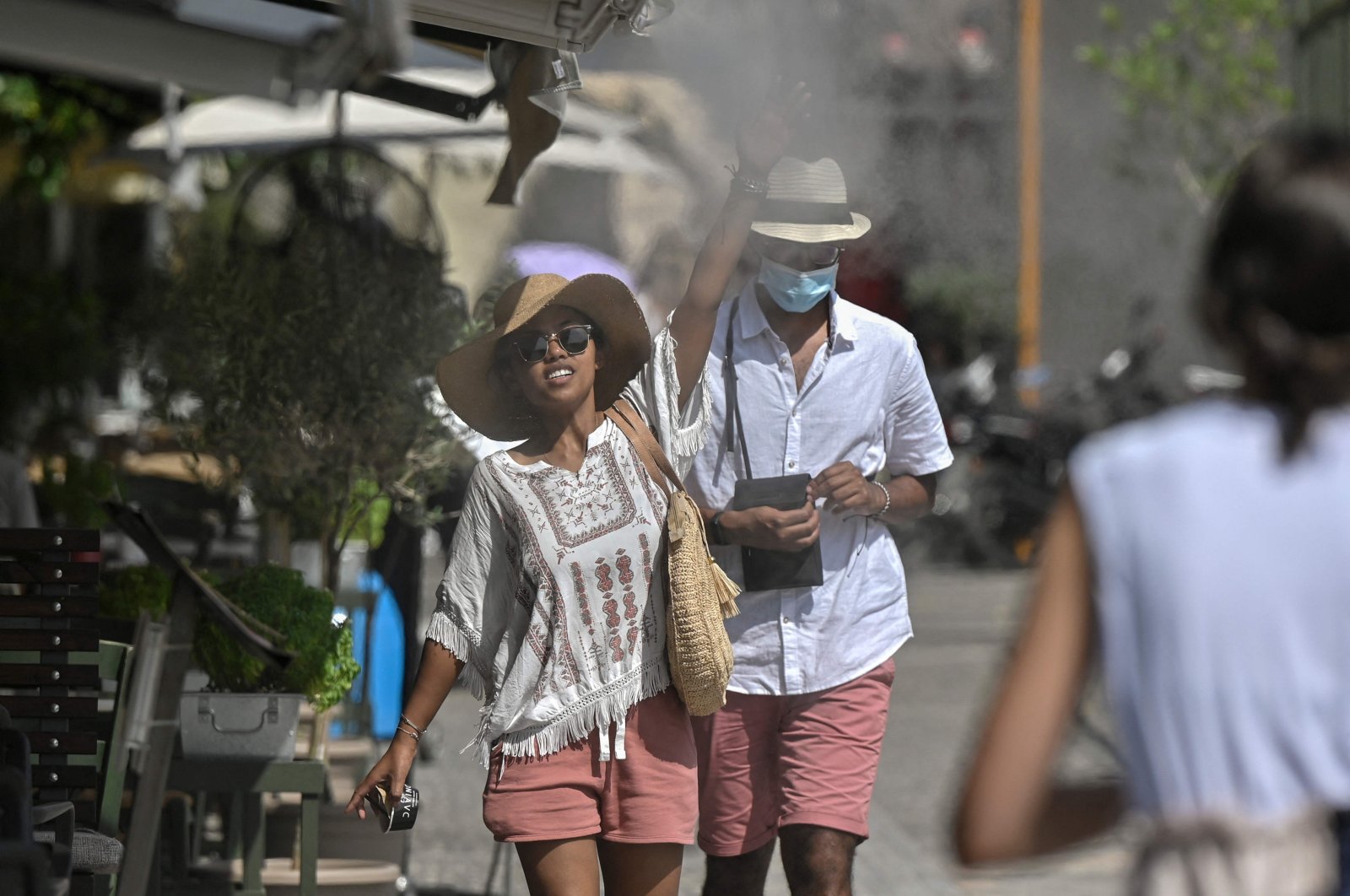 Many countries across the world are facing record-breaking heat waves as global warming remains one of the biggest problems for humanity.

In Athens' parliament square, the Evzones parade under their red berets and stifling heat.

With sweat beading on their foreheads, the presidential guards rehearse their choreography in front of a cluster of tourists as a new heat wave hits the Greek capital.

"They're amazing, but they must be suffering," says Jim Grace, an Irish tourist who, holding a bottle of water, watches them under the scorching sun.

Dubbed a "dangerous" event due to how long it will last and the small difference between the maximum and minimum temperatures, the heat wave is expected to peak on Monday, with temperatures likely reaching 42 to 44 degrees Celsius (107 to 111 degrees Fahrenheit).

It is the second one this year, part of a trend of more frequent heat waves and rising average temperatures that prompted the municipality of Athens to appoint a climate officer earlier this month to try and mitigate the heat.

On Monastiraki Square, Alexandra Holarou drags her cart full of sweets through tourists trying on caps and straw hats.

Her face red, the 60-year-old shopkeeper sets up a parasol but "there are not many options to protect oneself," she says.

"It's hard, very hard to work in these conditions."

Passers-by stay close to the walls in search of shade and air conditioning that blasts out from shops.

The café terraces are oases where water misters and fans are running at full speed.

"We left this morning from Paris where it was 15 degrees."

Eleni Myrivili, Athens' climate officer, tells Agence France-Presse (AFP) the situation will only worsen if nothing is done.

But she adds "there are solutions" such as developing green spaces in a city that looks like a sea of concrete, helping vulnerable people and raising public awareness.

"We need to rethink the public space as a whole because the consequences affect the health of our population and the economy of our country," she says.

"There are more workplace accidents with the rise in temperatures and people go to shops less."

Second heat wave of the summer

According to data from the National Observatory of Athens, this was the fifth-longest heat wave in Greece in 40 years.

"Beyond the heat waves, the most worrying thing is that average temperatures are rising considerably summer after summer.

"The average for Athens is now 34-35 degrees, which is two degrees higher than in previous years," he says.

"This is already the second heat wave of the summer, a third would be an unprecedented event."

Several municipalities have opened air-conditioned shelters for the homeless and vulnerable.

In Piraeus, at a short distance from the port where tourists escape to the islands, about 15 people come every day to find a little respite in one such center.

"This is the fourth time we've opened an air-conditioned space this year," says Argyro Koika, a social worker at the center.

The Ministry of Civil Protection has recommended protecting oneself from the sun by staying in shaded and air-conditioned places, avoiding physical activities and drinking water regularly.