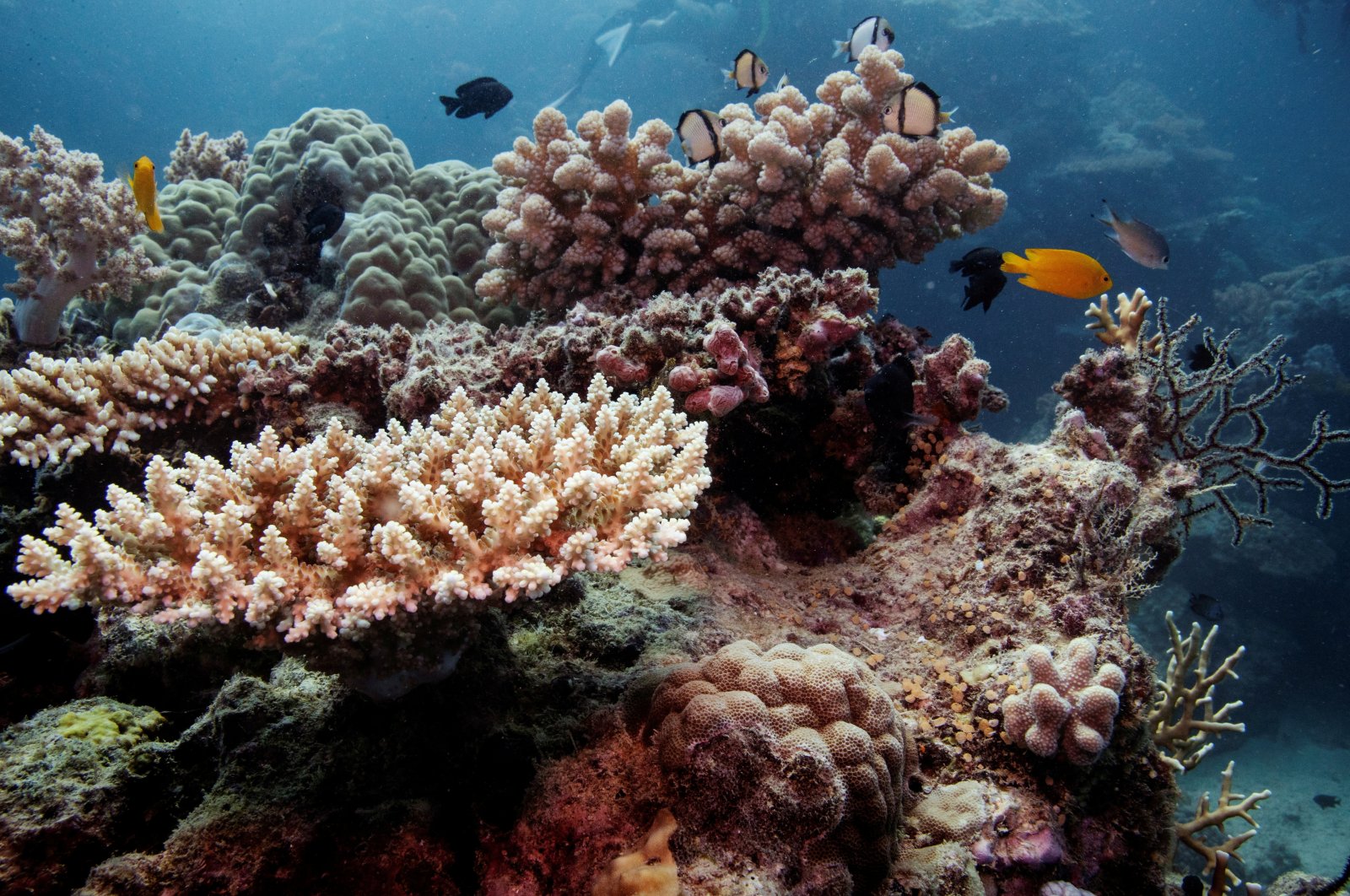 Following multiple catastrophes hitting the Great Barrier Reef, a study released on Friday by an Australian university found that only 2% of the reef's area has escaped bleaching since 1998, the world's hottest year on record at the time.

If global warming is kept to 1.5 degrees Celsius (2.8 degrees Farhenheit), the maximum rise in average global temperature that was the focus of the United Nations Climate Conference (COP26), the mix of corals on the Barrier Reef will change but it could still thrive, said the study's lead author professor Terry Hughes, of the Australian Research Council's Centre of Excellence for Coral Reef Studies.

"If we can hold global warming to 1.5 degrees global average warming then I think we'll still have a vibrant Great Barrier Reef," he said.

Bleaching is a stress response by overheated corals during heat waves, where they lose their color and many struggle to survive. Eighty percent of the World Heritage-listed wonder has been bleached severely at least once since 2016, the study by James Cook University in Australia's Queensland state found.

"Even the most remote, most pristine parts of the Great Barrier Reef have now bleached severely at least once," Hughes said.

The study found the corals adapted to have a higher heat threshold if they had survived a previous bleaching event, but the gap between bleaching events has shrunk, giving the reefs less time to recover between each episode.

Australia, which last week said it would not back a pledge led by the United States and the European Union to cut methane emissions, needs to do more to cut greenhouse gas emissions, Hughes said.

"The government is still issuing permits for new coal mines and for new methane gas deals and it's simply irresponsible in terms of Australia's responsibilities to the Great Barrier Reef," he said.

The Great Barrier Reef is comprised of more than 3,000 individual reefs stretching for 2,300 kilometers (1,429 miles). The ecosystem supports 65,000 jobs in reef tourism. Globally, hundreds of millions of people depend on the survival of coral reefs for their livelihoods and food security.

"If we go to 3, 4 degrees of global average warming which is tragically the trajectory we are currently on, then there won't be much left of the Great Barrier Reef or any other coral reefs throughout the tropics," Hughes told Reuters.