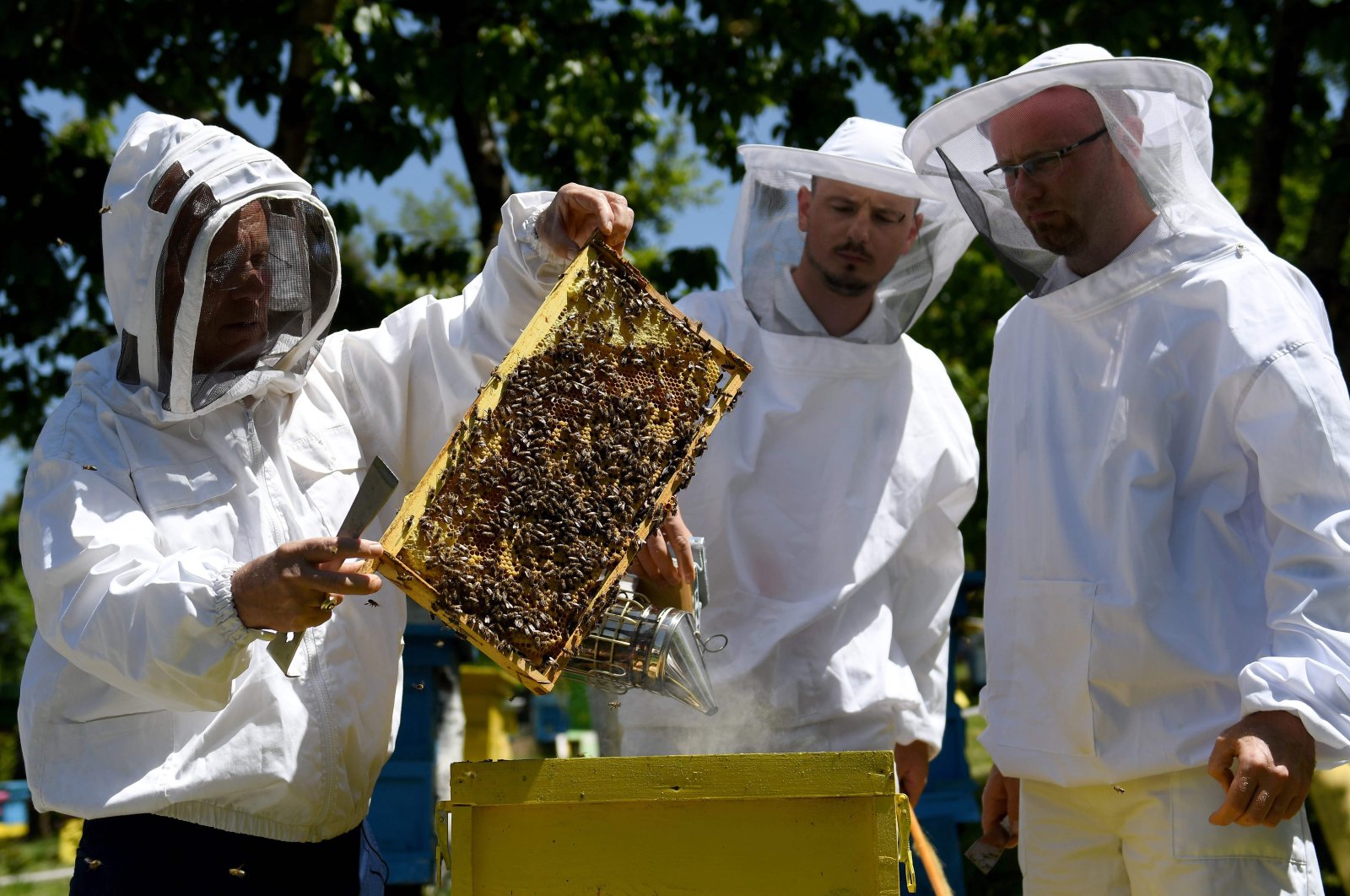 With factories and farms silenced by the coronavirus shutdown, Albania's bees have been busier than ever, stirring excitement among farmers expecting an unparalleled honey harvest thanks to a respite from pollution and pesticides.

"It's a golden year for bees," says 68-year-old Gezim Skermo, dressed in a protective suit as he inspects his rows of wooden hives, lined up along the verdant base of Morava mountain in southeast Albania.

The bucolic bee farm, home to some 300 colorfully-painted hive boxes, is one of the biggest in Albania and the only operation in the Balkan state to export its honey abroad.

During his 50 years in beekeeping, Skermo says he has "never seen a season like this," hailing it as "rebirth for nature and the bees."

The beekeeper attributes the sudden buzz to the coronavirus measures, which froze public and industrial life after Albania detected its first cases of the novel coronavirus in early March.

In the area around Morava, the restrictions have brought quiet, cleaner air and less pesticide-spraying from farmers who curbed production in the face of economic uncertainty from the virus, which has claimed some 30 lives in the Balkan state.

"This year we didn't have any losses, unlike in previous years when we found dead bees in front of the hives," said Skermo.

"There was no noise, no pollution, nothing that could disturb them."

Around him the pollinating insects performed their dance between surrounding flowers where they gather nectar, a water trough for refueling and their hives, where the honey is made.

In front of the entrance to each hive, four female bees stood guard to keep out intruders from other colonies.

"Each bee has its own job and position, with the queen, the (egg) layer, in charge of all the inner life," explains Ermal Benga, who oversees production, as he uses his bee-smoker to calm the insects down before opening a hive.

Canaries in the coal mine

The Morava farm normally produces between five and 15 tons of honey a year, in varieties ranging from white clover to pine, rapeseed, wild thyme and chestnut, depending on which flowers are in season.

It also collects and processes tons of honey from beekeepers all over Albania, where there are some 360,000 registered hives.

This year Morava's beekeepers are planning to start collecting the sweet stuff earlier than normal in order to make two harvests instead of one.

Experts blamed the ruin on an "epidemic" of the varroa mite parasite, whose rise was helped by deforestation, plus the use of neonicotinoids, a common class of insecticides used in agriculture.

The chemicals, which attack the nervous system of insects, have since been banned in the European Union but not in Albania.

Today, however, Albania's "conditions are optimal for the bees, which are real ecological sentinels," Skermo's 44-year-old son Eugen told Agence France-Presse (AFP), referring to species that can provide an advance warning of risks, such as canaries in a coal mine.

In addition to the domestic market, Morava exports some 40 tons annually to the United States, Switzerland, Singapore and China.

But although the company has an analysis laboratory donated by the EU, it is not allowed to export its honey to the bloc because of a ban on Albanian products of animal origin.

Out of superstition, founder Skermo refuses to give specific figures from how much honey will be produced this season.

But he insists the yield will be abundant and of the highest quality.

"While people have been shut up at home, the bees have not been confined," he said. "They have been working very hard."