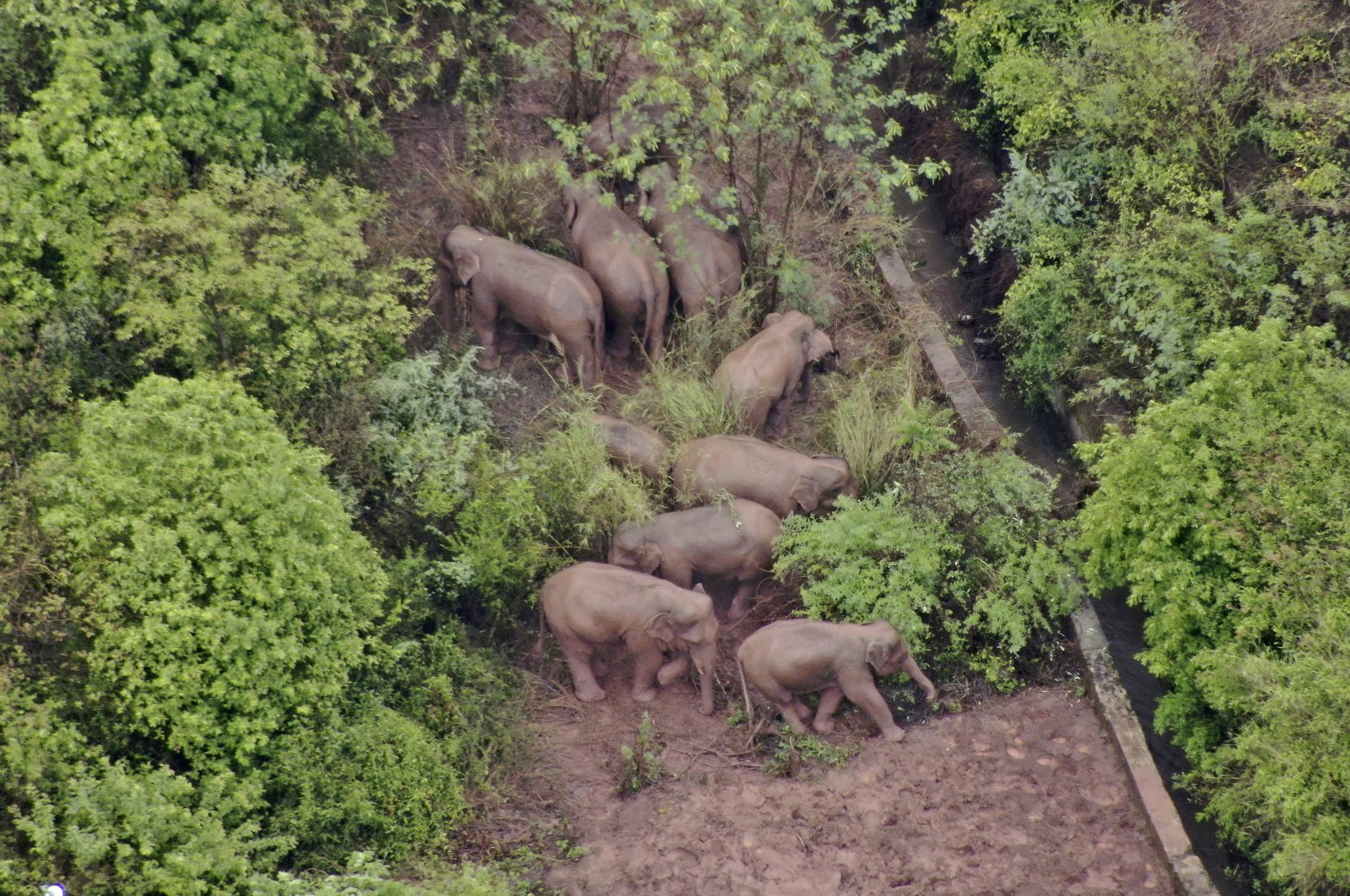 China's wandering elephants, who caught the world's attention on their march through the country, are back on the move.

The group left a wildlife reserve in the southwest of Yunnan province more than a year ago and has trekked 500 kilometers (300 miles) north to the outskirts of the provincial capital of Kunming.

As of Saturday, they were spotted in Shijie township in the city of Yuxi, more than 8 kilometers southwest of the Kunming suburb they had arrived at last week, according to state media reports. The lone male was 16 kilometers away, still on the outskirts of Kunming.

The direction of their travel could be a good sign, since authorities are hoping to lead them back to their original home in the Xishuangbanna Dai Autonomous Prefecture southwest of Kunming.

Authorities have been attempting to keep a distance between them and local residents while blocking roads into villages and seeking to lure them away with food drops. Despite that, the herd of 15 have raided farms, strolled down urban streets and foraged for snacks in villages and even a retirement home.

All of the animals are reported to be healthy and no person has been injured in encounters with them. Officials have issued strict orders not to gawk at them or seek to drive them off using firecrackers or other means. China's roughly 300 wild elephants enjoy the highest level of protected status, on a par with the country's unofficial mascot, the panda bear.

However, extra precautions are being taken amid steady rainfall in the area and crowds of onlookers expected around the Dragon Boat Festival on Monday. Additional emergency workers, vehicles and drones have been deployed to monitor the elephants' movements and protect local residents, the reports said. Some 2.5 tons of food were laid out for the animals on Friday.

It remains unclear why the elephants embarked on their trek, although Evan Sun, wildlife campaign manager with World Animal Protection, said possible reasons could include lack of food supply, a rise in the elephant population and, most importantly, loss of habitat.

“The increase of human-elephant conflicts reflects the urgency for a more strategic policy and plan to protect these endangered wild animals and their natural habitats," Sun wrote in an email.

“This also poses a great opportunity to educate the public about the challenges that wild animals face for survival and the need for better protection from a government, industry and society level," Sun wrote. “These animals belong in the wild. We need to keep a safe distance from them, which is good for us and the wild animals.”