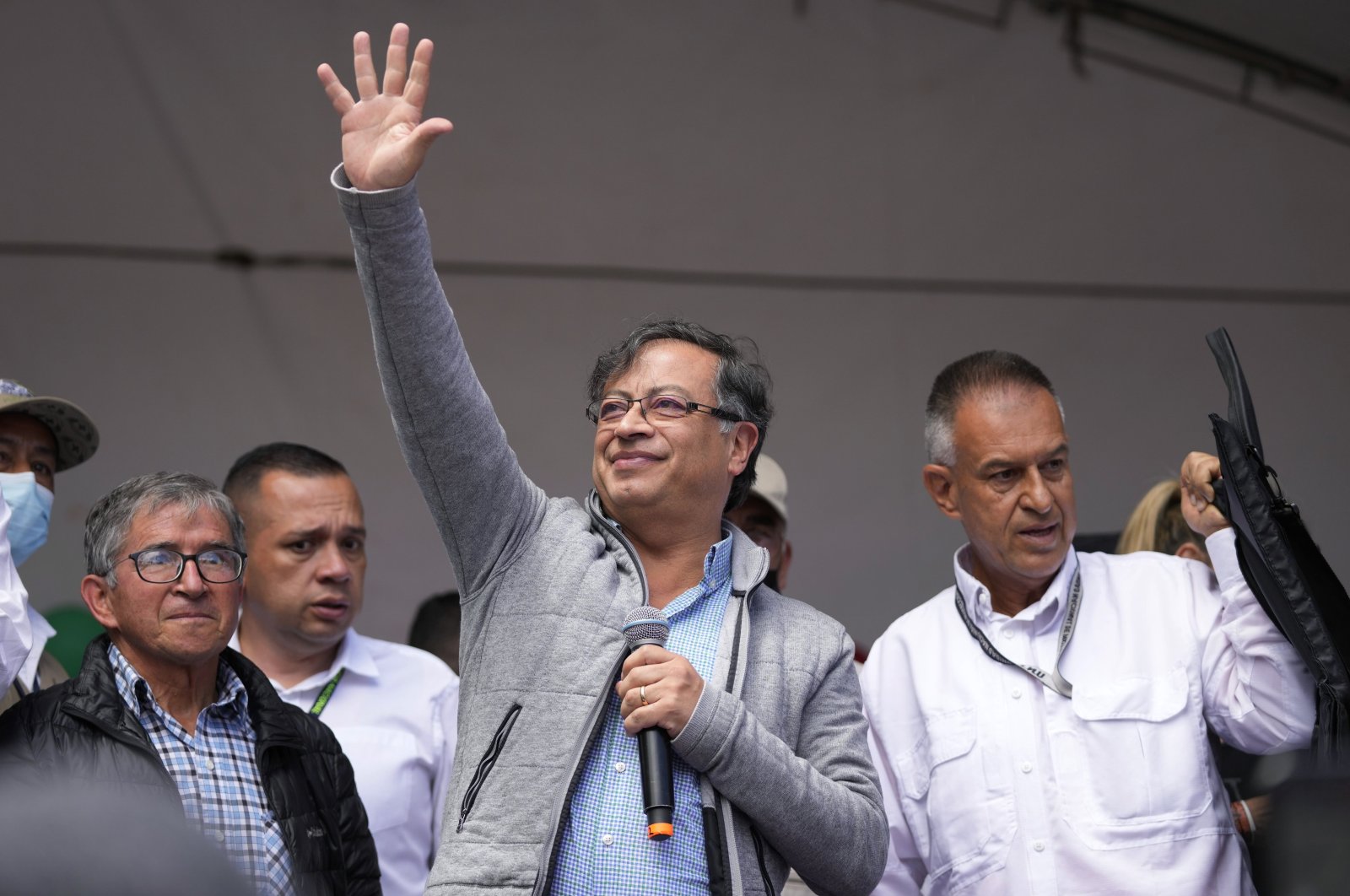 Colombia's first elected leftist president, Gustavo Petro, has pledged to stop the record-high rates of deforestation in the Amazon rainforest after he officially takes office in August.

Petro has promised to limit agribusiness expansion into the forest and create reserves where Indigenous communities and others are allowed to harvest rubber, acai and other non-timber forest products. He has also pledged income from carbon credits to finance replanting.

"From Colombia, we will give humanity a reward, a remedy, a solution: not to burn the Amazon rainforest anymore, to recover it to its natural frontier, to give humanity the possibility of life on this planet," Petro, wearing an Indigenous headdress, said to a crowd in the Amazon city of Leticia during his campaign.

But to do that he first needs to establish reign over large, lawless areas.

The task of stopping deforestation seems more challenging than ever. In 2021, the Colombian Amazon lost 98,000 hectares (more than 240,000 acres) of pristine forest to deforestation and another 9,000 hectares to fire. Both were down from what they had been in 2020, but 2021 was still the fourth worst year on record according to Monitoring of the Andean Amazon Project (MAAP), an initiative of the nonprofit Amazon Conservation Association.

More than 40% of Colombia is in the Amazon, an area roughly the size of Spain. The country has the world’s largest bird biodiversity, mainly because it includes transition zones between the Andes mountains and the Amazon lowlands. Fifteen percent of the Colombian Amazon has already been deforested, according to Foundation for Conservation and Sustainable Development (FCDS).

Destruction of the forest has been on the rise since 2016, the year Colombia signed a peace accord with the Revolutionary Armed Forces of Colombia, or FARC, that ended decades of a bloody armed conflict.

"The peace process allowed people to return to formerly conflict-ridden rural areas. As the returning population increasingly used the natural resources, it contributed to deforestation and increases in forest fires, especially in the Amazon and the Andes-Amazon transition regions,” according to a new paper in the journal "Environmental Science and Policy.”

The presence of the State is barely felt in Colombia’s Amazon. "Once the armed groups were demobilized, they left the forest free for cattle ranching, illegal mining and drug trafficking,” said Ruth Consuelo Chaparro, director of the Roads to Identity Foundation, in a telephone interview. "The State has not filled the gaps.”

The main driver of deforestation has been the expansion of cattle ranching. Since 2016, the number of cattle in the Amazon has doubled to 2.2 million. In the same period, about 500,000 hectares (1.2 million acres) of forest were lost, according to the FCDS, based on official data.

This cattle expansion goes hand in hand with illegally seized land, said FCDS director Rodrigo Botero. "The big business deal is the land. The cows are just a way to get hold of these territories,” he told The Associated Press (AP) in a phone interview.

Experts affirm that illegally seized lands are often resold to ranchers, who then run their cattle free of land use restrictions, such as the propriety's size.

Most of the destruction occurs in an "arc of deforestation” in the northwestern Colombian Amazon, where even protected areas have not been spared. Chiribiquete, the world's largest national park protecting a tropical rainforest, has lost around 6,000 hectares since 2018, according to the MAAP.

During the campaign, Botero took Petro and other presidential candidates on separate one-day trips to the Amazon. They flew over cattle ranching areas, national parks and Indigenous territories.

"A very interesting thing Petro and other candidates said was that they never imagined the magnitude of the destruction." The feeling of ungovernability made a deep impression on each of them, Botero said.

Almost 60% of Colombia’s greenhouse gas emissions come from agriculture, deforestation and other land use, according to the World Resources Institute. In 2020, under the Paris Agreement, Colombian President Ivan Duque’s government committed to a 51% reduction in emissions by 2030. To do that, it pledged to reach net-zero deforestation by 2030.

The Amazon is the world’s largest tropical rainforest and an enormous carbon sink. There is widespread concern that its destruction will not only release massive amounts of carbon into the atmosphere, further complicating hopes of arresting climate change, but also push it past a tipping point after which much of the forest will begin an irreversible process of degradation into tropical savannah.

Although it holds almost half of the nation's territory, the Amazon is the least populated part of Colombia, so historically it is neglected during presidential campaigns.

This year's campaign was not a complete departure from that. But this year, for the first time, there was a TV presidential debate dedicated solely to environmental issues before the first round of the election. Petro, who was leading the polls then, refused to participate.

In his government program, Petro further promises to prioritize collective land titles, such as Indigenous reservations and zones for landless farmers. He also promises to control migration into the Amazon, and fight illegal activities, such as land seizures, drug trafficking and money laundering via land purchases.

Petro’s press manager did not respond to requests for comment.

"Petro has studied and understands deforestation,” said Consuelo Chaparro, whose organization works with Indigenous tribes in the Amazon. But the president alone can do nothing, she said. Her hope is that he will listen and move things forward. ”We don’t expect him to be a messiah."