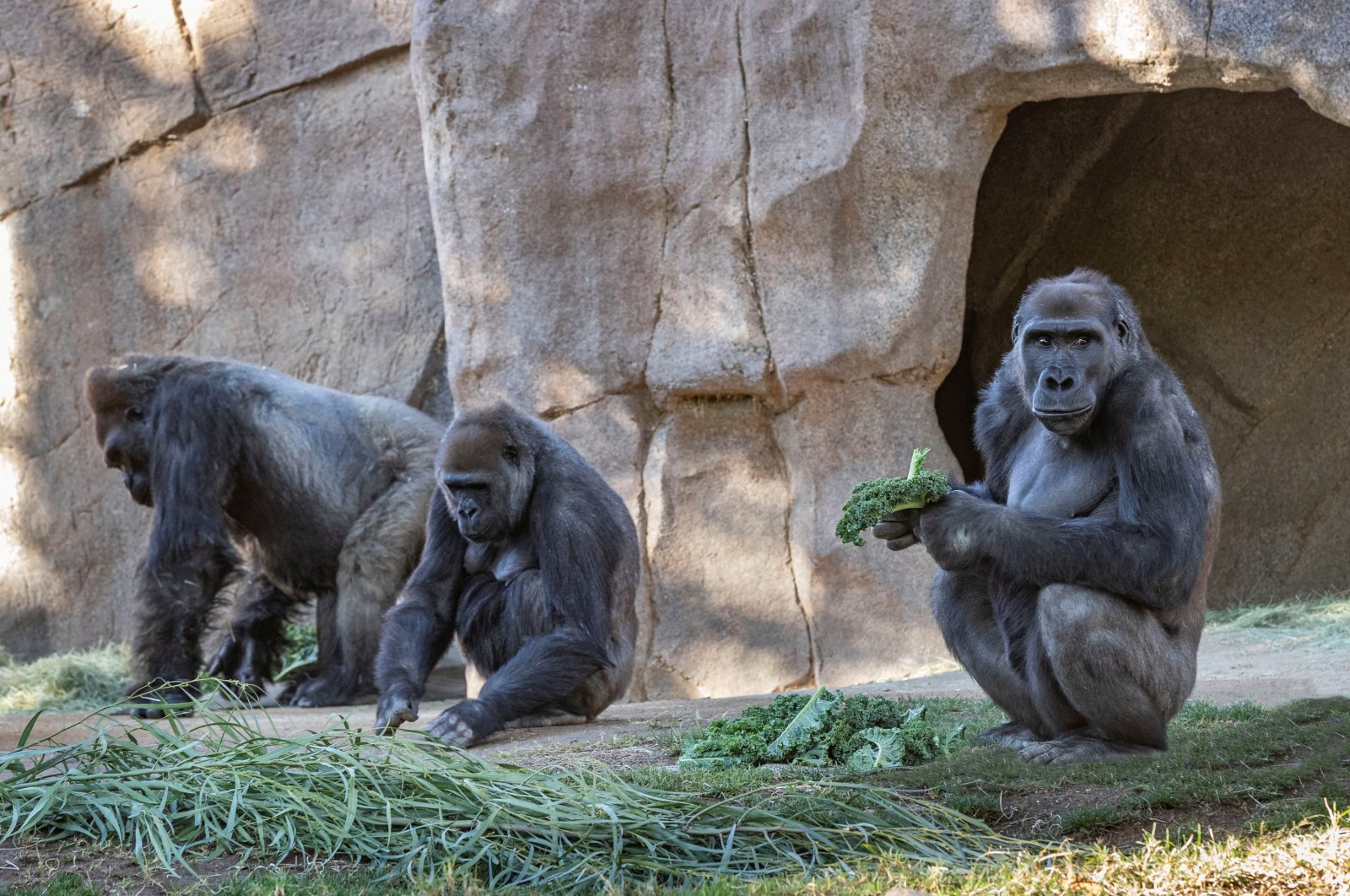 Gorillas sit after two of their troop tested positive for COVID-19 after falling ill, and a third gorilla appears also to be symptomatic, at the San Diego Zoo Safari Park in San Diego, California, U.S. on Jan. 10, 2021. (Reuters Photo)
by ASSOCIATED PRESS Jan 26, 2021 6:33 pm
RECOMMENDED

Several gorillas who tested positive for COVID-19 a few weeks ago at the San Diego Zoo Safari Park– in what is believed to be the first known cases among such primates in the United States – are now expected to make a full recovery.

Veterinarians have since closely monitored the gorillas to make sure they have been eating and drinking enough to recover on their own. The park north of San Diego has been closed to the public as part of California’s lockdown efforts to curb coronavirus cases.

Peterson said one of the gorillas, a 49-year-old silverback named Winston, had pneumonia, likely caused by the virus, as well as heart disease. She said Winston was put on antibiotics and heart medication and received an antibody treatment – a therapy to block the virus from infecting cells. Winston has been more active since receiving the antibody treatment, Peterson said. But Dr. Davey Smith, chief of infectious disease at the UC San Diego School of Medicine, suspects the treatment didn’t play a major role since antibodies are most effective when administered soon after symptoms start.

"Usually they should try to get the treatment in before five days (after) symptoms start,” Smith said. "From what I heard, the gorilla had been sick for a while. So he wouldn’t meet our usual criteria.”

Officials tested the feces of the troop of gorillas after two apes began coughing on Jan. 6. Positive test results were confirmed by the U.S Department of Agriculture National Veterinary Services Laboratories in three gorillas. Fecal samples from the gorillas are no longer testing positive for the virus, Peterson said.

Peterson said some of the gorillas will get the COVID-19 vaccine, a supply not permitted for use in people.

"The hope is that we would be able to vaccinate wildlife that would be susceptible to illness and then prevent them from ever catching it,” she said.