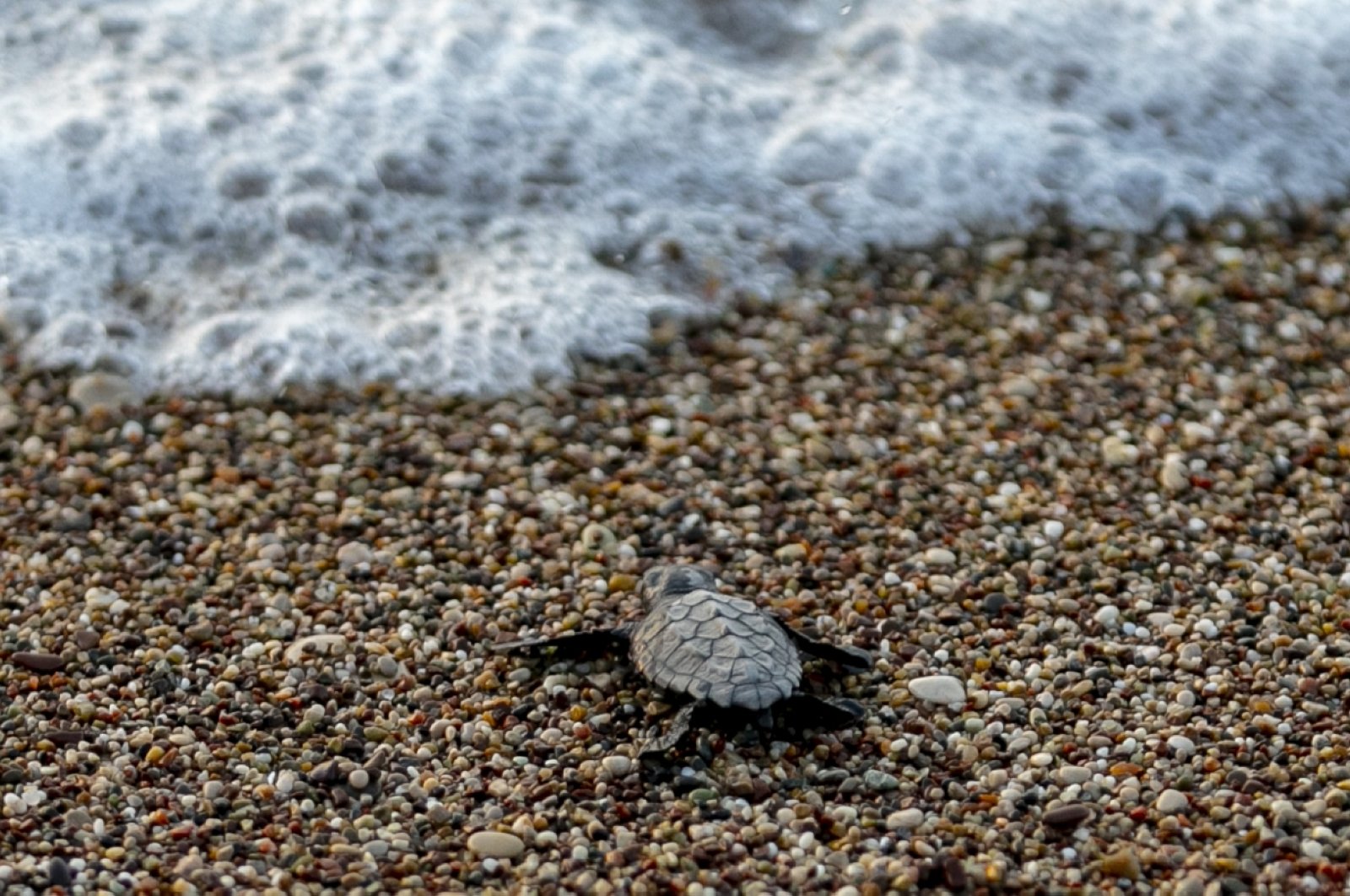 The number of loggerhead turtle nests in Turkey's world-famous Iztuzu beach in the Aegean province of Muğla has officially reached 700 – the highest figure to date.

Yakup Kaska, the head of the Sea Turtle Research, Rescue and Rehabilitation Center (DEKAMER) based in Muğla, told Anadolu Agency (AA) that a record number of nests were built this year.

In normal seasons, a group of 30-40 volunteers supports the protection of the nests, Kaska said, adding that this year due to the coronavirus pandemic only the center's staff continued to work. He said the staff keep watch overnight on the beach to protect the nests of the loggerhead turtles, better known as Caretta carettas.

Loggerhead sea turtles are classified as an endangered species by the International Union for the Conservation of Nature (IUCN). Iztuzu beach, and Dalyan in general, are important breeding spots for loggerhead turtles on the Mediterranean coast.