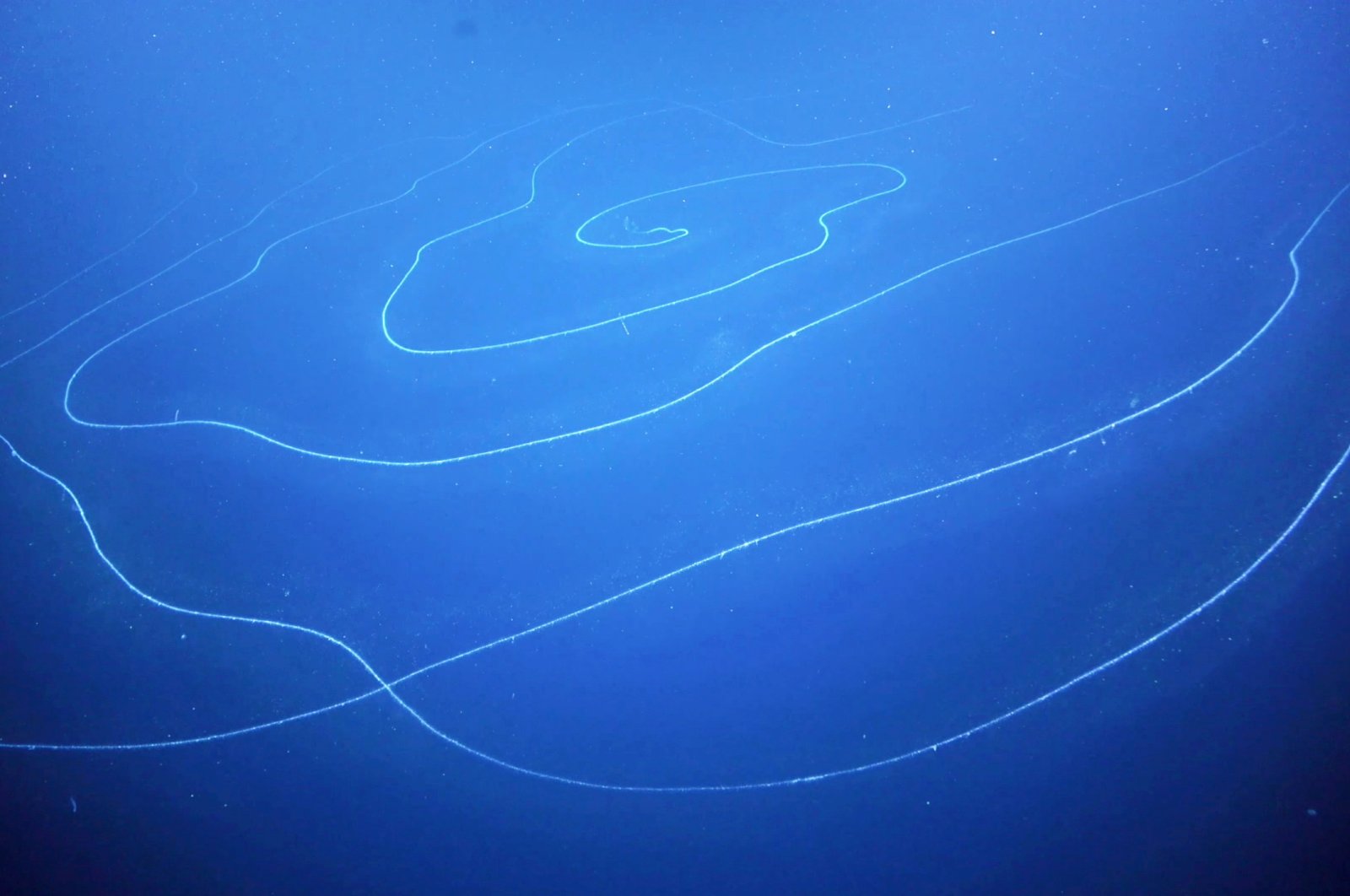 A view of a siphonophore Apolemia, recorded during the Ningaloo Canyons expedition, in deepwater off the west Australian coast, March 16, 2020. Picture taken March 16, 2020. (Reuters Photo)
by REUTERS Jun 24, 2020 3:56 pm
RECOMMENDED

Mining on the sea floor should not begin before a full assessment of likely environmental impacts can be made, a report commissioned by the High Level Panel for a Sustainable Ocean Economy (Ocean Panel) said on Wednesday.

Environmentalists including Britain's David Attenborough have called for a ban on deep-seabed mining that would extract resources including copper, cobalt, nickel, zinc, lithium and rare earth elements from nodules on the ocean floor.

The International Seabed Authority (ISA), a U.N. body headquartered in Jamaica, has drawn up regulations on exploration but has yet to establish the rules for exploitation needed for mining to go ahead.

Seafloor nodules contain battery metals needed to fuel the world's transition to clean energy, but trawling the seafloor for them is likely to disrupt ecosystems about which there has been scant research, as they are very difficult to reach.

"If mining was to go ahead with the current state of knowledge, species and functions could be lost before they are known and understood," the authors wrote.

The ISA is set to discuss regulation that could allow deep seabed mining in its annual assembly, delayed from July to October this year because of the COVID-19 pandemic.

The report said international research should be conducted to fill gaps in knowledge before any seabed mining is allowed, and protected zones should be established across all ocean regions under the ISA's jurisdiction.

The authors also recommended countries should encourage the recycling of battery metals to reduce the need to find new supplies.

The Ocean Panel brings together heads of state from 14 countries, including Australia, Canada, Chile, Kenya, Japan and Norway.