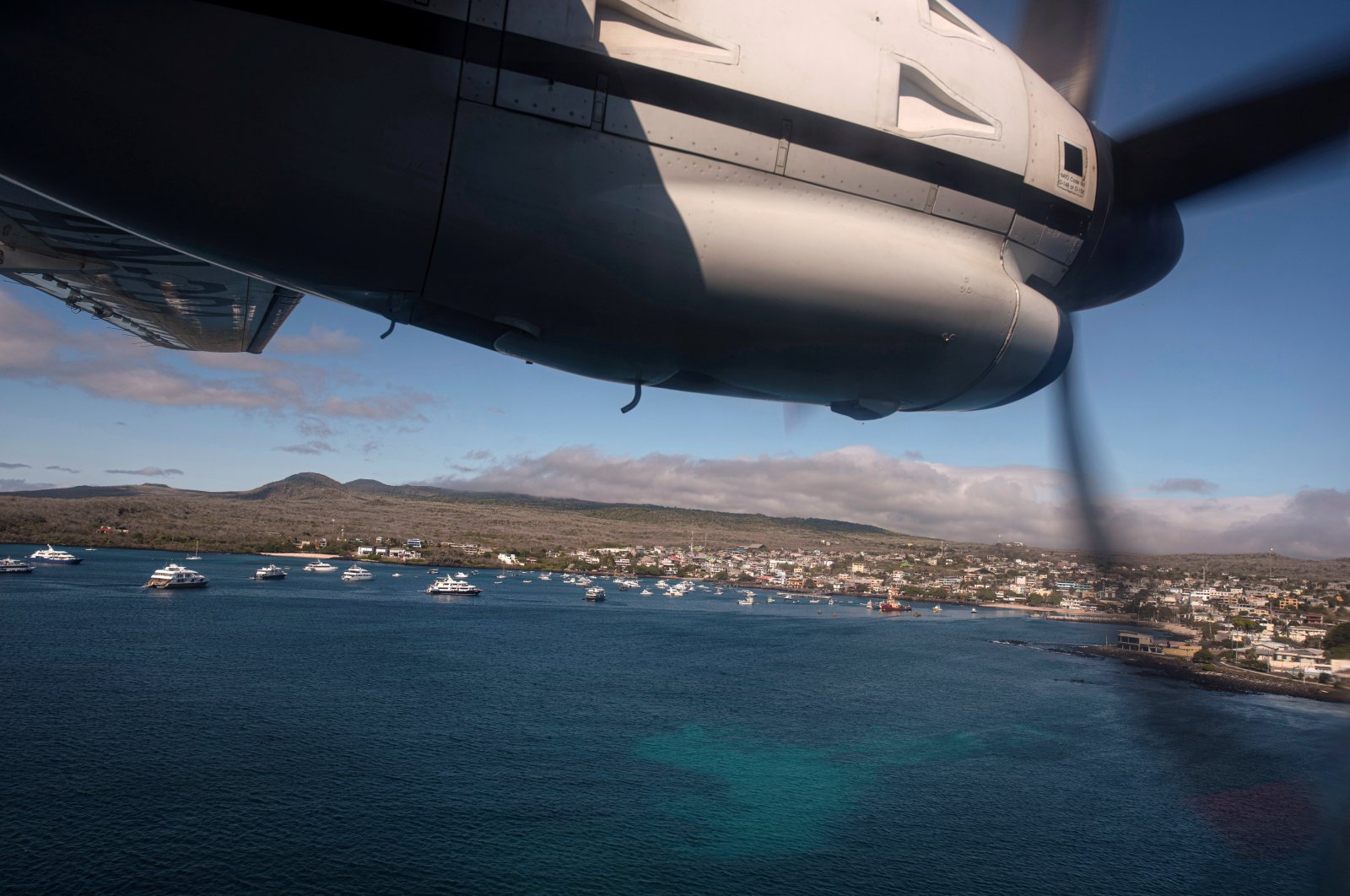 In hopes of protecting migratory marine species endangered by overfishing and climate change, Ecuador's government has proposed expanding marine reserves near the Galapagos Islands, a haven for sharks, turtles and whales.

A massive Chinese fishing fleet operating near the Galapagos gained global attention last year over concerns about the potential impact to marine wildlife in the remote islands that inspired British scientist Charles Darwin's theory of evolution.

Ecuador has little recourse to prevent Chinese fleets from fishing at the edge of its waters, but can limit the activities of its own domestic commercial fishing industry, said Environment Minister Gustavo Manrique.

"This plan, if it goes ahead, would have social, economic and environmental impacts," Manrique said in an interview. He acknowledged that the idea faces pushback from industry groups.

"In terms of the environment, there's no question that having more area in reserve offers more protection. It's the other two issues that are in discussion."

The proposal would triple the size of the existing 133,000 square kilometer (51,352 square mile) reserve, one of the largest in the world, helping reduce the likelihood of migratory species getting caught in the nets of Ecuador's fishing fleet.

That would help protect a vast array of marine wildlife, including five endangered species that migrate between the Galapagos and Cocos Island, a territory of Costa Rica located in the Pacific Ocean.

The proposed plan comes as the United Nations Convention on Biodiversity prepares for an October summit on protecting nature that will include discussions of proposals such as putting at least a third of the planet under conservation within a decade.

Climate change also threatens to reduce reproduction rates of marine wildlife and change their migratory patterns, according to a document outlining the proposal to increase the area under conservation.

"We agree the Galapagos is a treasure of humanity that must be cared for, but we do not share the technical foundations of the new reserve," said Bruno Leone of Ecuador's National Chamber of Fisheries.

Ecuador in 2017 impounded a Chinese fishing vessel caught carrying 300 tons of endangered or near-extinct species of sharks, a major embarrassment for the Chinese fishing industry.

The Chinese fleets for several years have spent the summer months fishing for jumbo squid just at the edge of the Galapagos Exclusive Economic Zone, a marine area where ships can exploit natural or mineral sources only with Ecuador's permission.

One 2016 scientific research paper said there is not enough data to understand the jumbo squid population and migratory patterns in Ecuadorean waters, creating a risk of overfishing.