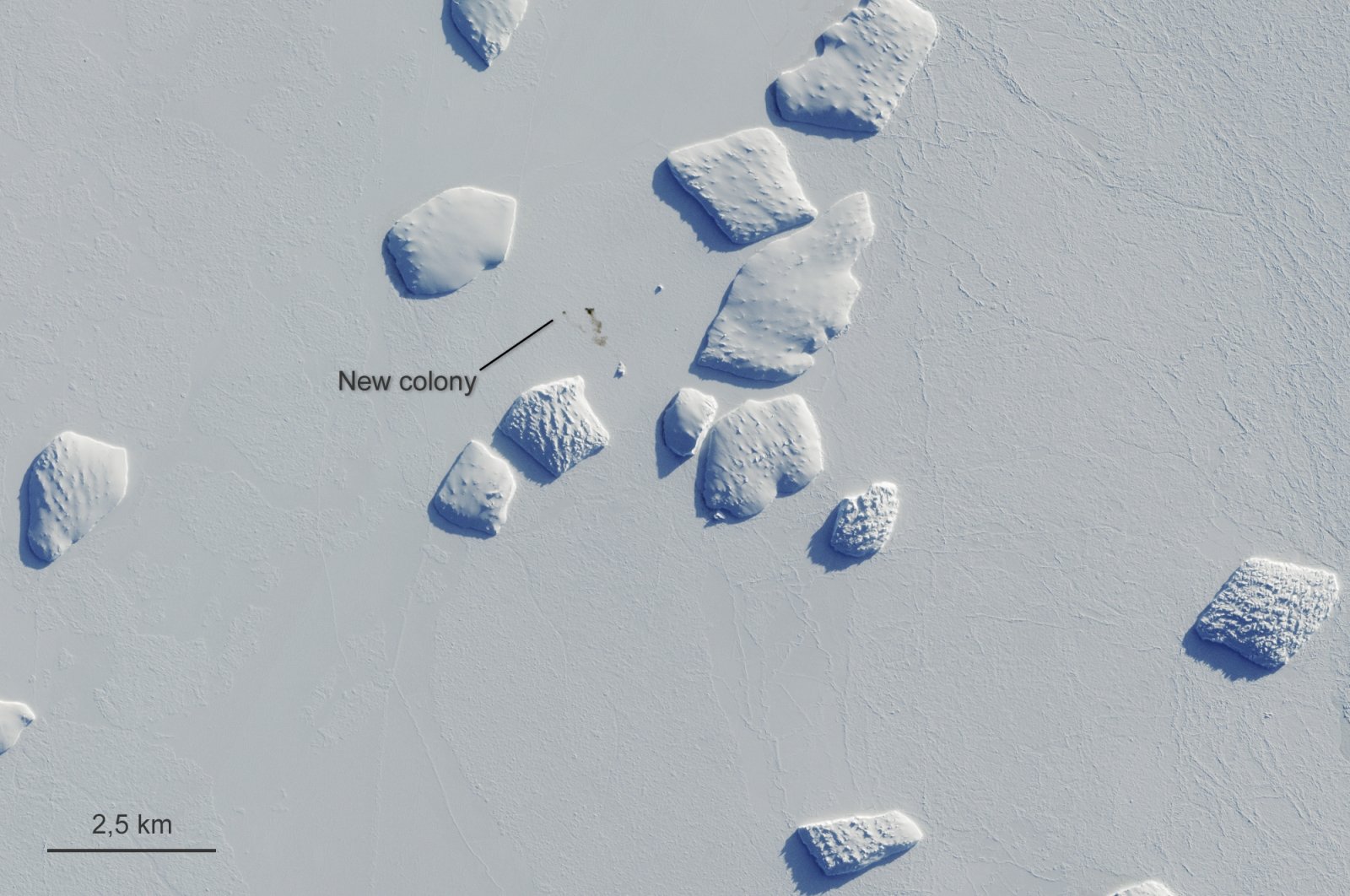 British scientists say there are more emperor penguin colonies in Antarctica than previously thought based on evidence of bird droppings spotted from space.

A study published Wednesday by scientists at the British Antarctic Survey counted 61 emperor penguin colonies dotted around the southernmost continent, 11 more than the number previously confirmed.

Scientists used images from Europe’s Sentinel-2 satellite mission to look for smudges on the ice that indicated large amounts of guano, or penguin poop.

The majestic emperor penguin breeds in remote areas where temperatures can drop as low as minus 50 degrees Celsius (minus 58 degrees Fahrenheit). Researchers have long relied on aerial photographs and satellites to spot colonies of the flightless marine birds.

Emperor penguins are vulnerable to the loss of sea ice predicted to occur because of man-made global warming. Some researchers suggest the number of colonies could drop by more than 30% by the end of the century.

Some of the newly discovered colonies are located far offshore, on sea ice that has formed around grounded icebergs and which is particularly at risk of disappearing.

Yan Ropert-Coudert, an ecologist who wasn’t involved in the latest study, said that while satellite images are a powerful tool for tracking penguin colonies, large-scale explorations and counts on the ground are also needed whenever possible.

Reliable assessment of local and global populations are necessary for conservation bodies to decide what actions are needed to protect the species, said Ropert-Coudert, who heads the biological sciences section of the Scientific Committee on Antarctic Research.