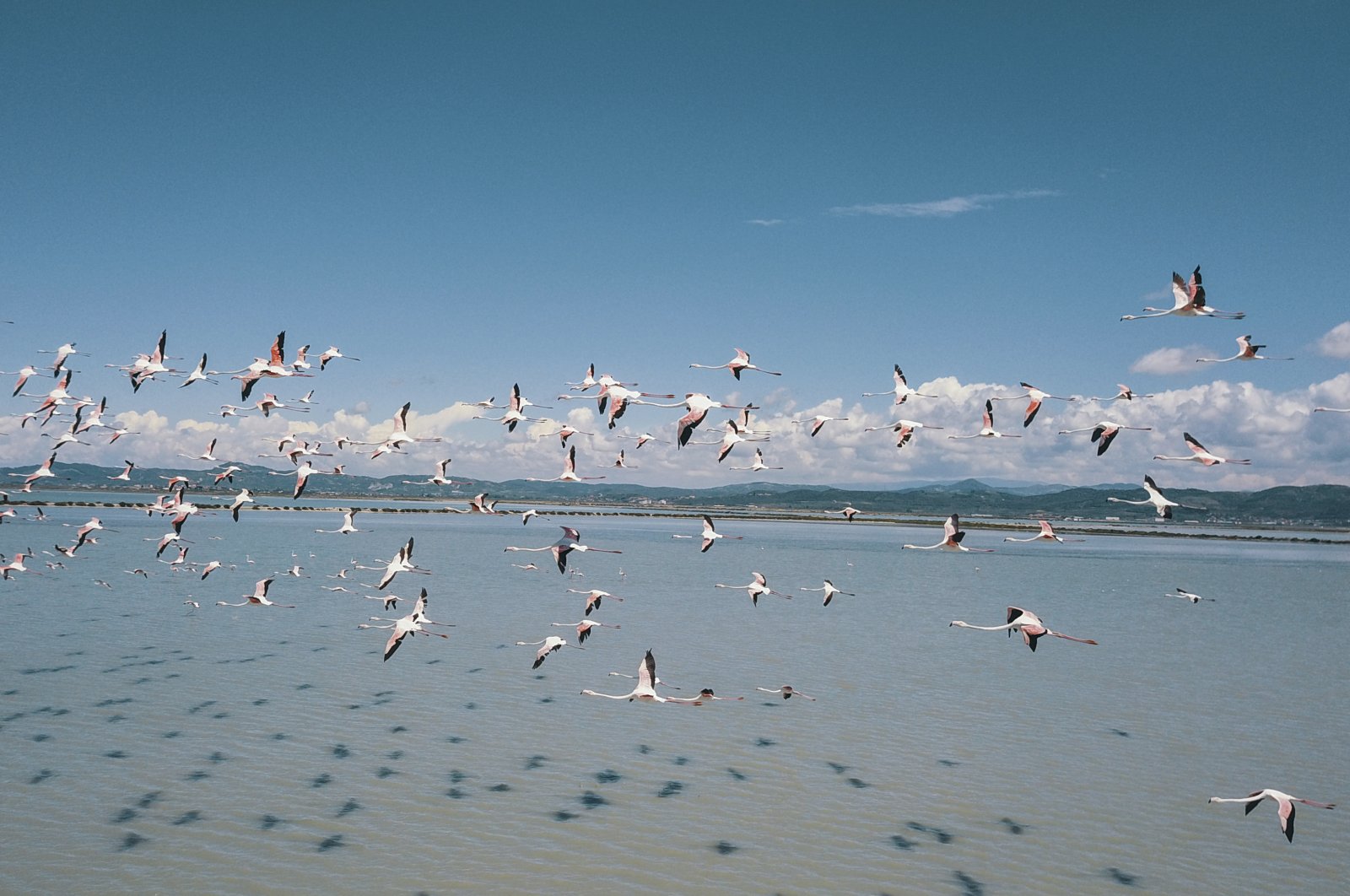 Home confinement rules have upset some people in Albania, but humans getting their wings clipped during the coronavirus pandemic has allowed flamingos and other birds to flourish in a coastal lagoon by the Adriatic Sea.

Local officials and residents say the flamingo population is up to about 3,000 at Narta Lagoon, an important waterfowl habitat that a greater number of flamingos returned to in recent years after a long absence. Bird watchers also have noticed more pelicans, herons and other species this spring at the 28-square-kilometer (10-square-mile) lagoon, which is 145 kilometers (90 miles) south of Tirana, the capital.

"Isn’t that beautiful to see fearless flamingos all around?” Dhimiter Konomi, part of a local group that manages commercial fishing in Narta Lagoon, said as the big, long-necked birds stood in the shallow water.

Operations halting at a nearby saltworks and reduced human activity of all types during the pandemic explain why birds are flocking to the lagoon, said Nexhip Hysolokaj, a regional biodiversity expert. Flamingos are "a very delicate species,” and not having vehicles or visitors around suits them, he said.

"They have found food and calmness, and that has likely helped them increase the numbers,” Hysolokaj said.

Researchers plan to study the flamingos to see if the coronavirus-induced calm is conducive to establishing the lagoon as a place where they can nest and breed.

Konomi says a lagoon crowded with feathered life is a treasure that could boost tourism.

But Hysolokaj is less keen to attract conventional tourists to the lagoon, which is part of a protected landscape of sand dunes, wetlands, islands and beaches that supports diverse fauna as well as birds. He described it as the "lung” of Vlora, the nearest city.

"There should be a stable but alternative tourism, naturally letting campers come, beaches used, with environmental biking, educational paths and more because it's so close to Vlora,” Hysolokaj said.