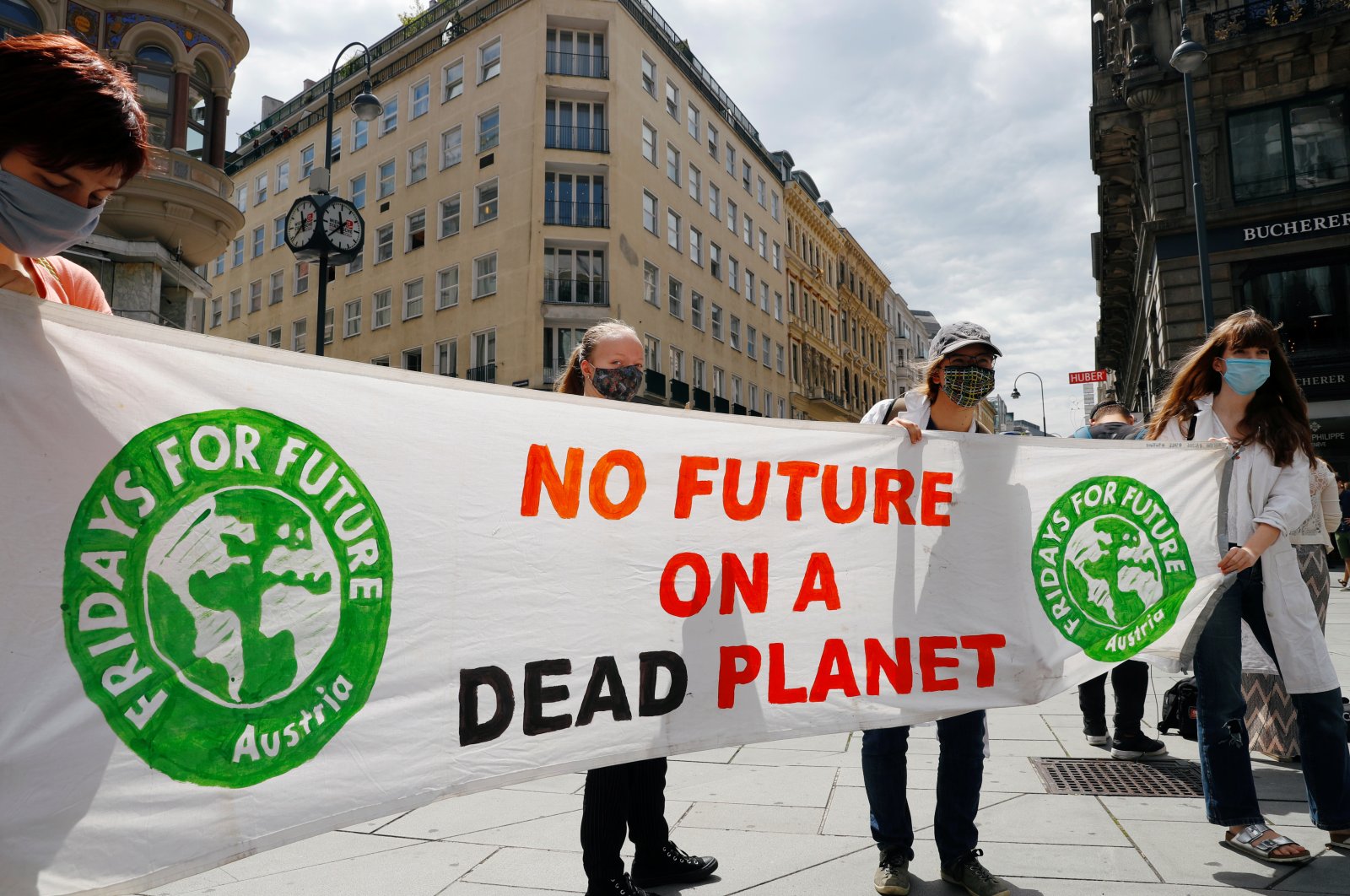 People hold a banner during a protest march to call for action against climate change, as the spread of the coronavirus disease (COVID-19) continues, in Vienna, Austria, June 26, 2020.(Reuters Photo)
by ASSOCIATED PRESS Jul 02, 2020 9:12 pm
RECOMMENDED

Global warming looks like it will be a bigger problem for the world’s fish species than scientists first thought: A new study confirms that when fish are spawning or are in the embryo stage, they are more vulnerable to warmer water.

With medium-level climate change expected by the end of the century, the world’s oceans, rivers and lakes will be too hot for about 40% of the world's fish species in the spawning or embryonic life stages, according to a study in Thursday’s journal Science. That means they could go extinct or be forced to change how and where they live and reproduce.

Until now, biologists had limited their studies to adult fish. In adult fish, it is projected that around 2%-3% of species would be in the too-hot zone by the year 2100. However, this new approach reveals a previously unknown problem for the future of fish, scientists said.

In a worst-case climate change scenario, which some scientists said is increasingly likely, the figure for species in trouble jumps to 60%.

These vulnerable periods in a fish's development constitute a "bottleneck” in the future health of many species, said study co-author Hans-Otto Portner, a marine biologist at the Alfred Wegener Institute in Germany.

A maritime heatwave last year, known as a "blob," caused large numbers of migrating salmon to die throughout Alaska’s rivers. It also killed off cod eggs, showing what a warmer future might be like, said study lead author Flemming Dahlke, a marine biologist at the institute.

"With spawning fish and embryos most sensitive to warming waters, it means fish populations won’t be able to replace themselves,” said Rutgers University ecologist Malin Pinsky, who praised the study. "Without reproduction and offspring, we have no fish, no fishing and no fish on our plates.”

In studying 694 species, Dahlke and Portner found some of the fish would likely be hardest hit by this phenomenon, including Alaska pollock – the biggest fishery in the United States and the source of fast-food fillets – and well-known species such as sockeye salmon, brown trout, bonito, barracuda and swordfish.

"The more we allow the temperature to change ... the more we will lose the natural foundation of human life, including food from the sea,” Portner said.

When it gets too warm for spawning, the species could still possibly move to someplace cooler or spawn at another time, but that’s not easy, Dahlke said. "This could mean a lot of problems for many species.”