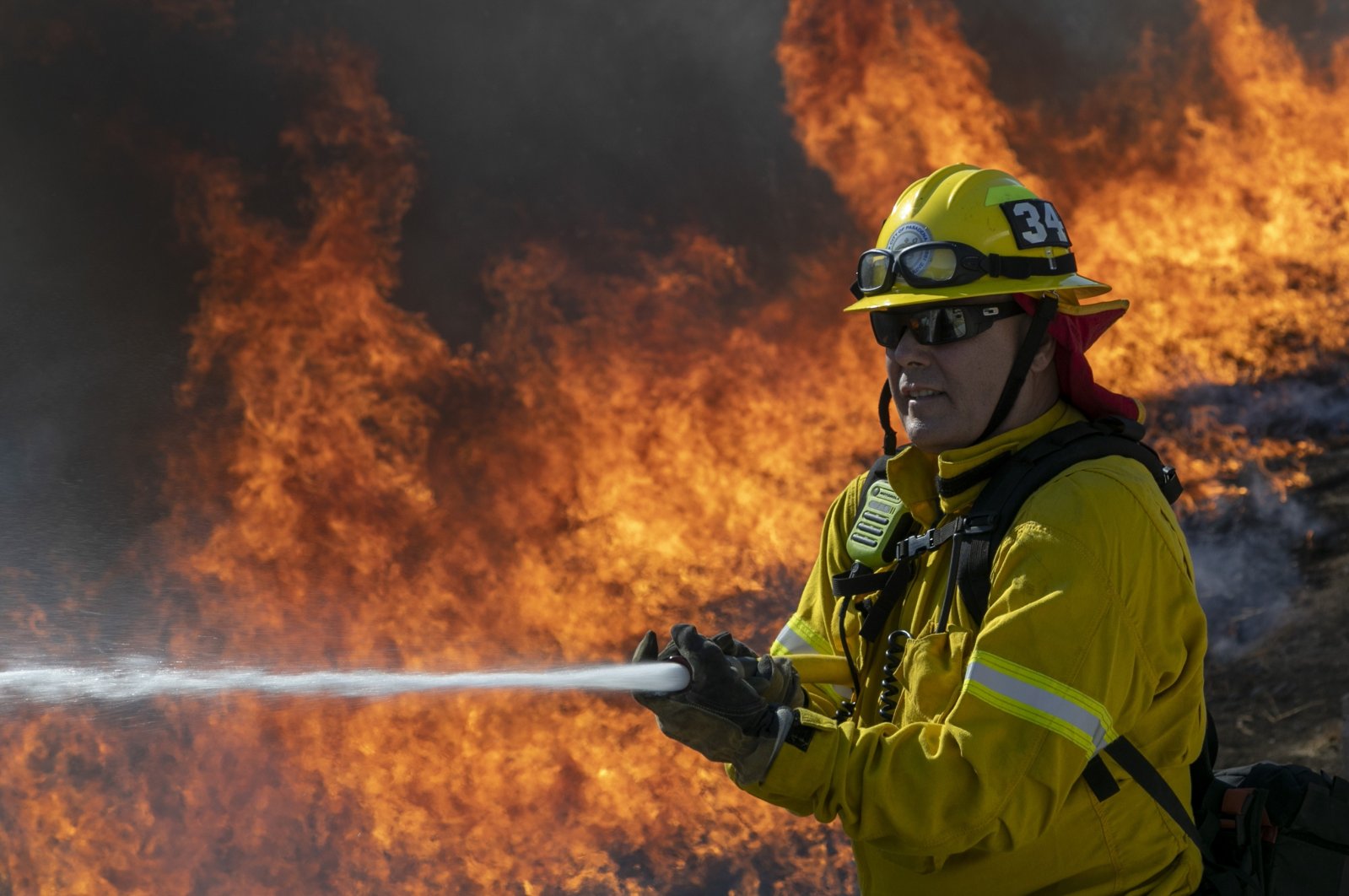 A firefighter protects a home from getting too hot as a backfire is set to protect homes and try to contain the Blue Ridge Fire on October 27, 2020 in Chino Hills, California. (AFP Photo)
by Anadolu Agency
Nov 09, 2020 3:10 pm

October mostly saw a flurry of negative news about the environment – including illegal wildlife trade, species under the threat of extinction and record temperatures – but on the upside, it also witnessed Canada's plan to ban harmful single-use plastics by the end of 2021 and other positive promises.

Here is a look at environmental developments, reports, events and stories last month.

Pangolins, the world's most trafficked mammal, continue to face extinction despite new regulations and bans working toward the protection of the "scaly anteaters" by southeast Asian nations.

The population of wild horses in Australia is increasing 23% every year and successive favorable seasons will see its population double about every four years, according to a report by Australia's Invasive Species Council.

Globally, September 2020 was the warmest September on record, with the global average 0.05 degrees Celsius warmer than the previous warmest in 2019, according to the Copernicus Climate Change Service.

Canada introduces plan to ban harmful single-use plastics by the end of 2021.

The Pakistani government's plan to build a new city on twin islands in the Arabian Sea draws scathing criticism from environmentalists who see the ambitious project as a "serious threat" to the entire regional ecosystem.

Koalas, which were highly affected by unprecedented wildfires in 2019, are at risk of becoming extinct in New South Wales, Australia.

Three more Chinese internet companies join the global fight against the trade of animals, pledging to help fight "increasingly rampant online wildlife crimes around the world," according to local media.

Burcu Özsoy, the head of the first Turkish Polar Research Center (PolReC) says, "Not wars, but climate change will change the world map in the 21st century."

With the help of the Turkish Cooperation and Coordination Agency (TIKA), a hatchery in the West African country of Gambia releases another batch of lively baby turtles into the sea.

India's only pitcher plant, known as Nepenthes khasiana, is classified as at risk due to wild plant collection in the country.

An unprecedented rush to clear the land of trees to erect concrete jungles is leading to a scarcity of water and frequent droughts in landlocked Zimbabwe, according to experts.

The Asiatic black bear living in southeastern Iran has been pushed toward extinction due to habitat destruction and poaching, according to reports.

The Pantanal wetlands in Brazil burned at the fastest rate in October since record-keeping started in 1998, which further damages the country's environmental credentials.

An endangered blind dolphin is killed in Pakistan's Nawabshah canal by a man who was later arrested, according to local media.