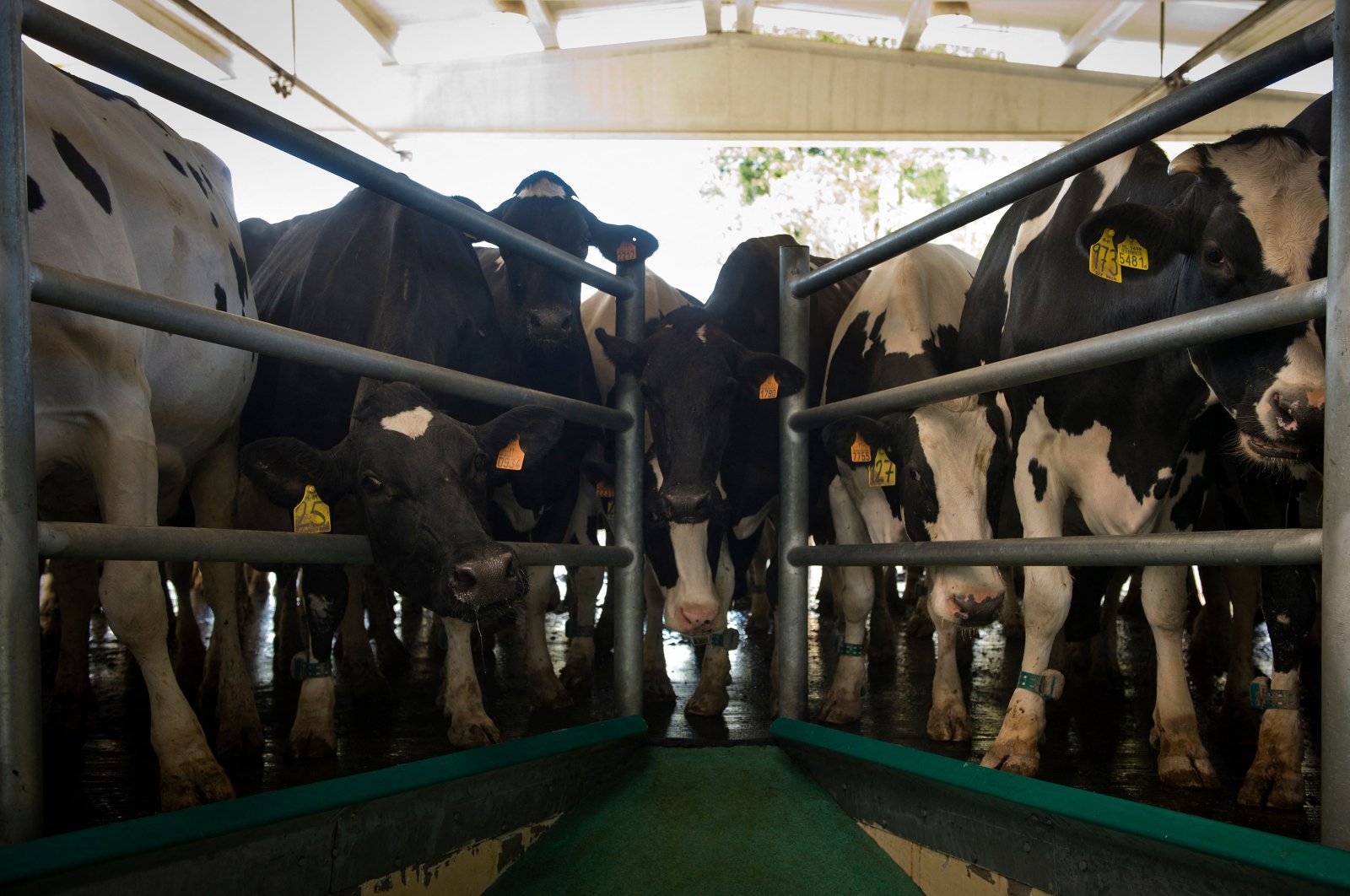 Meat has become a hot topic in Spain, Europe's biggest meat consumer, as parties debate and clash over the environmental impact of the country's huge factory farming sector, splitting its ruling coalition down the middle.

In an interview published in British daily The Guardian, Consumer Affairs Minister Alberto Garzon lashed out against Spain's "so-called mega-farms," calling them unsustainable.

Garzon is the coordinator of the tiny United Left party, a junior member of the minority coalition government led by Socialist Prime Minister Pedro Sanchez, and his comments angered farmers.

"There are no mistreated animals in Spain, minister," the UPA union, which represents small producers, said in a statement.

It said Garzon's statements were "based on falsehoods, clumsy, nearsighted and could have harmful effects on Spanish meat exports."

Pablo Casado, the leader of the conservative main opposition Popular Party (PP), which is strong in some rural areas, also weighed in, calling Garzon's words "an attack against ranchers and farmers and the image of our country."

She added that the government "supports the livestock sector, which contributes decisively to our exports."

The debate risks deepening the divide between the Socialists and left-wing coalition partner Podemos ahead of an election in the Castile and Leon region north of Madrid as the PP rides high in the polls.

Garzon had already come under fire in July for urging Spaniards to reduce their meat consumption, prompting Sanchez to say that for him "there's nothing that beats a well done steak."

For Salvador Calvet, a University of Valencia professor who studies the sector, the outcry over Garzon's comments is due to the cultural and economic weight of livestock farming, which provides a living for "many families."

It is responsible for some 2.5 million jobs in the country and accounts for 9 billion euros ($10 billion) in annual exports, according to the United Nations' Food and Agriculture Organization (FAO).

And it is booming. Meat production has increased tenfold in Spain over the past 60 years, a larger increase than in most other European nations, according to a University of Oxford database.

Although there are fewer farms, their size is getting "bigger and bigger," said Calvet.

The growth of the sector is fueled by external demand, especially from China, as well as within Spain, where ham, chorizo sausages and other animal products are a key part of many people's diet.

Each Spaniard eats an average of 98.8 kilograms (218 pounds) of meat per year, compared to the worldwide average of 42 kilograms, according to FAO figures.

That makes Spain Europe's biggest meat consumer, ahead of Portugal at 98.7 kilograms and Poland at 88.5 kilograms.

This level of consumption amounts to more than 270 grams (9.5 ounces) per day, "when international scientific recommendations recommend 300 grams of consumption per week," environmental group Greenpeace said in a statement.

It warned that the consequences of this overconsumption are "devastating."

Greenpeace was one of several environmental groups that backed Garzon, who has also come under fire for banning adverts for sugary foods aimed at children and a crackdown on the betting industry.

"There is a legitimate debate" over the environmental impact of livestock breeding but the reality is "complex and nuanced," said Calvet.

Breeders have "improved" their practices in recent years but they could still do more, he added.