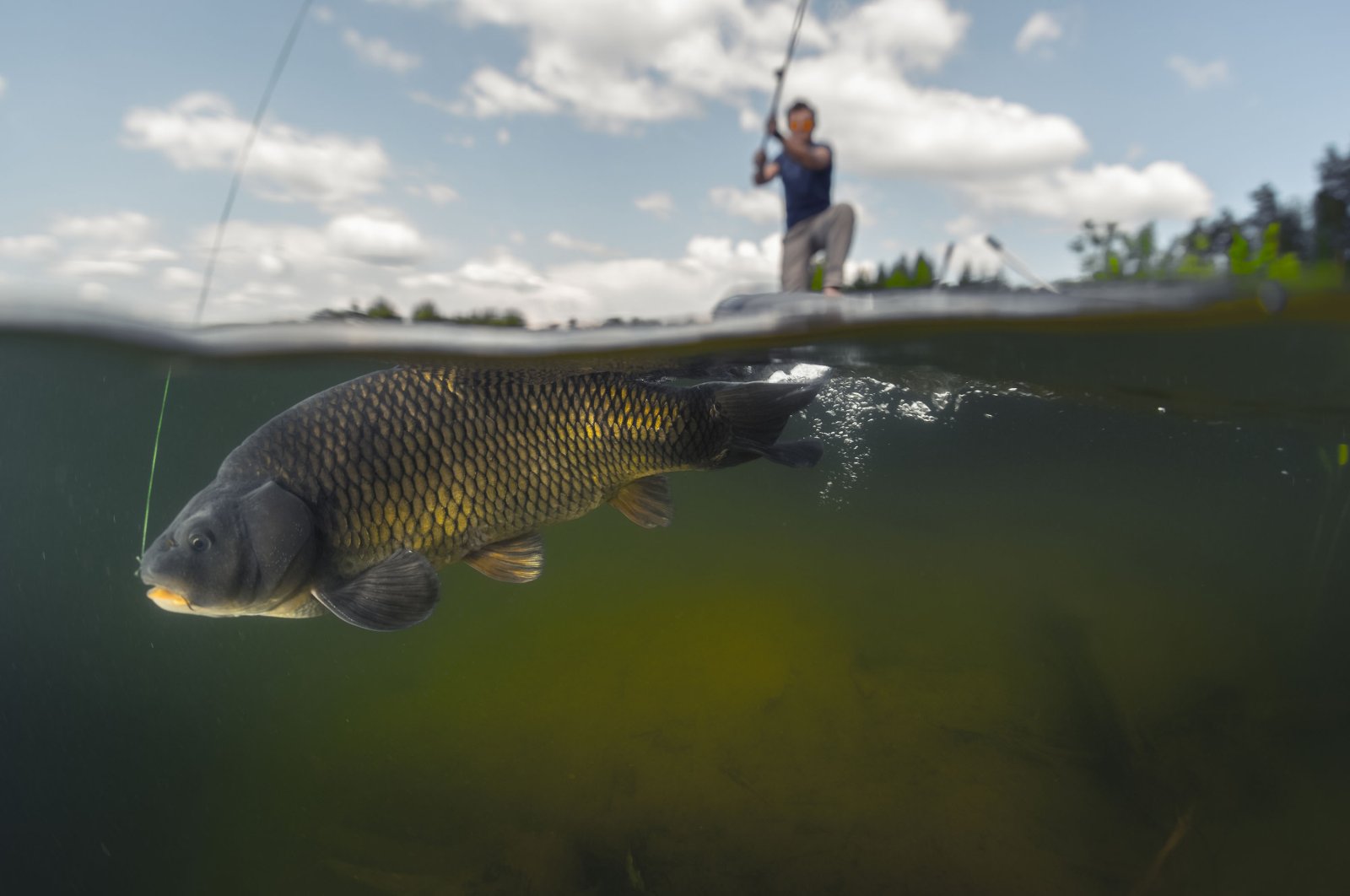 A split shot shows an underwater view of a fish biting the bait of a man fishing on a lake. (Shutterstock Photo)
by DAILY SABAH Feb 22, 2021 12:45 pm
RECOMMENDED

A recent study of almost 2,500 rivers around the world showed that human activity has endangered freshwater fish biodiversity in significant ways in more than half of the researched waterways. The study stated that around 23% of freshwater fish species are under the threat of extinction due to these circumstances.

Researchers from France and China examined and analyzed some 10,682 freshwater fish species in 2,456 river basins. The study, published in the journal “Science,” found that only 14% of the world's rivers and their fish populations remained unaffected, at least to a major degree.

The study revealed that the remaining 86% of the world's rivers have been heavily damaged from fragmentation, the introduction of non-native species and industrialization. Most of the rivers suffered from homogenization, which led to them housing increasingly fewer specialized lineages and similar species, reducing biodiversity.

The most impactful human activities have been excessive fishing, the interruption of the natural flow of rivers due to dams, inter-basin transfers and water withdrawal, increases in invasive species and climate change.

170 fish species of the total 10,682 examined in the study are thought to have gone extinct. The worst affected areas were large, populous and wealthy regions like western Europe and North America. One particular example included the River Thames in London. The study adds to existing research that humans drive a 70% decline in animal species and caused 60% of the population to be wiped out in 44 years with their activities.

“We're losing our wildlife, natural spaces and our connection with nature,” said Frankie Mayo, a 25-year-old climate activist from the U.K. Youth Climate Coalition, according to the British Broadcasting Corporation (BBC). “It says we as a society don't value what we should and that is causing a climate breakdown," he told Radio 1 Newsbeat.

Mayo said that people take water for granted due to its ease of access from a simple tap. “Water is the fundamental element on which our lives depend. We can take clean tap water for granted and not realize what we're losing,” he said. “Rivers all across the U.K. are not just boundaries but connections between us and nature. It's a system of interconnected wildlife, plants and water, for farms, villages, towns and cities.”