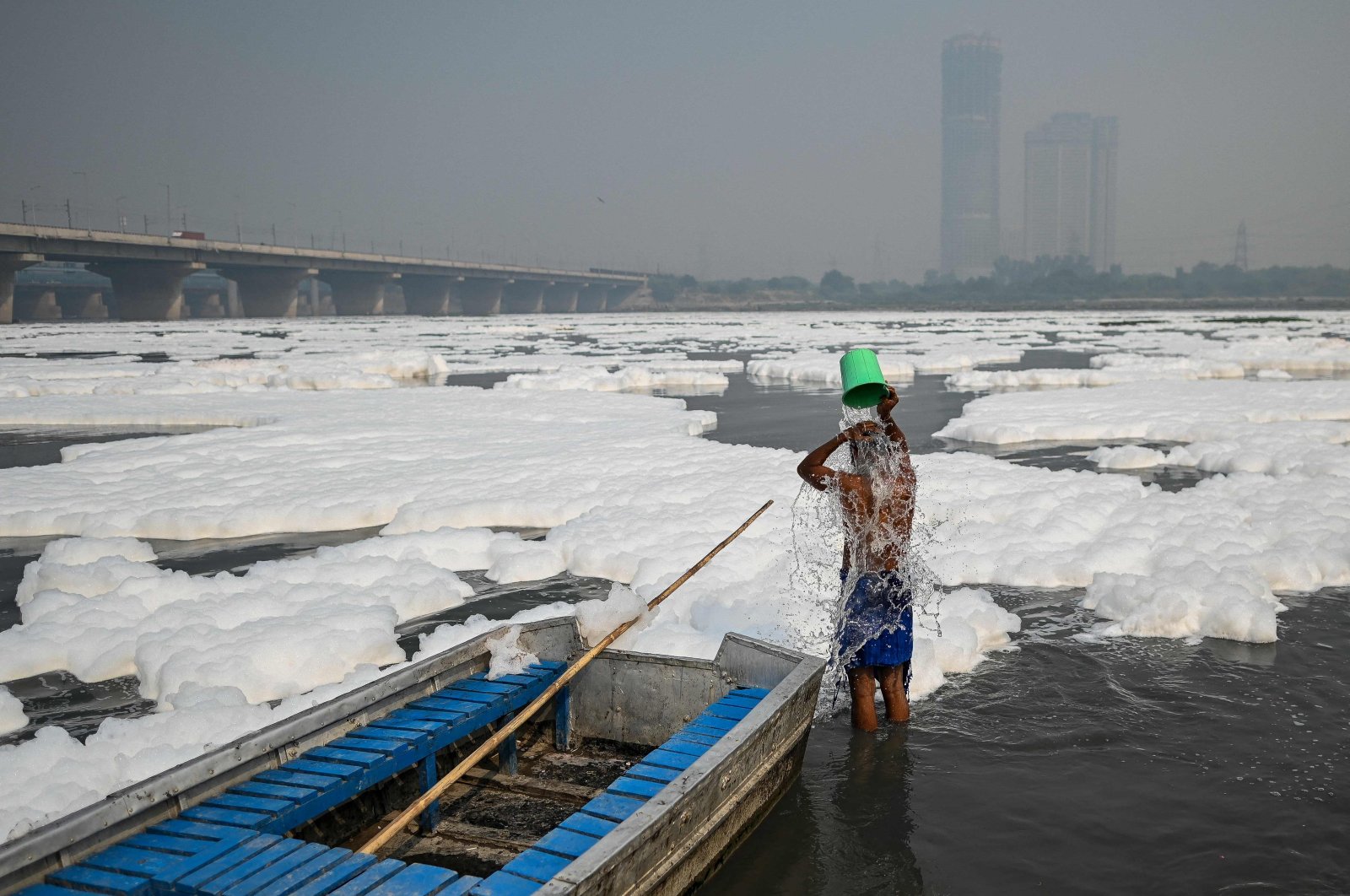 A toxic foam covered one of the holiest rivers in India on Monday, adding to the woes of New Delhi residents already enduring a blanket of thick smog over the capital.

The Yamuna is already one of the most polluted waterways in the country but parts of the river, which courses through the center of Delhi, were coated in mounds of white foam resembling snowfall.

The city government blamed the blight on "heavy sewage and industrial waste" discharged into the river from further upstream last week.

It did not deter several Hindu worshippers from taking a dip in the river to mark Chhath Puja, a four-day festival to offer prayers to the sun.

But the pollution did disrupt water supply to part of the city, according to local officials, who did not say how many households had been affected.

"I would like to thank the affected residents for their cooperation," Raghav Chadha, vice-chair of the city's water authority, said in a Sunday statement.

"Our team of officers and engineers are working day and night to ensure Delhi residents' water woes stay at a minimum."

Indian officials have long pledged to clean the Yamuna but without success, and the blooms of toxic foam have become an annual occurrence.

A 2020 government report found water quality in the river had become "critically worse" over the last five years.

Delhi and surrounding areas have also been engulfed in thick and hazardous smog since last week.

The haze has been compounded by agricultural fires in nearby farming communities and a barrage of fireworks set off by the capital's residents to mark Diwali, despite a ban on their sale.

Levels of harmful PM 2.5 particles have topped 400 in several areas, which is 16 times higher than the daily safe limit set by the World Health Organization.