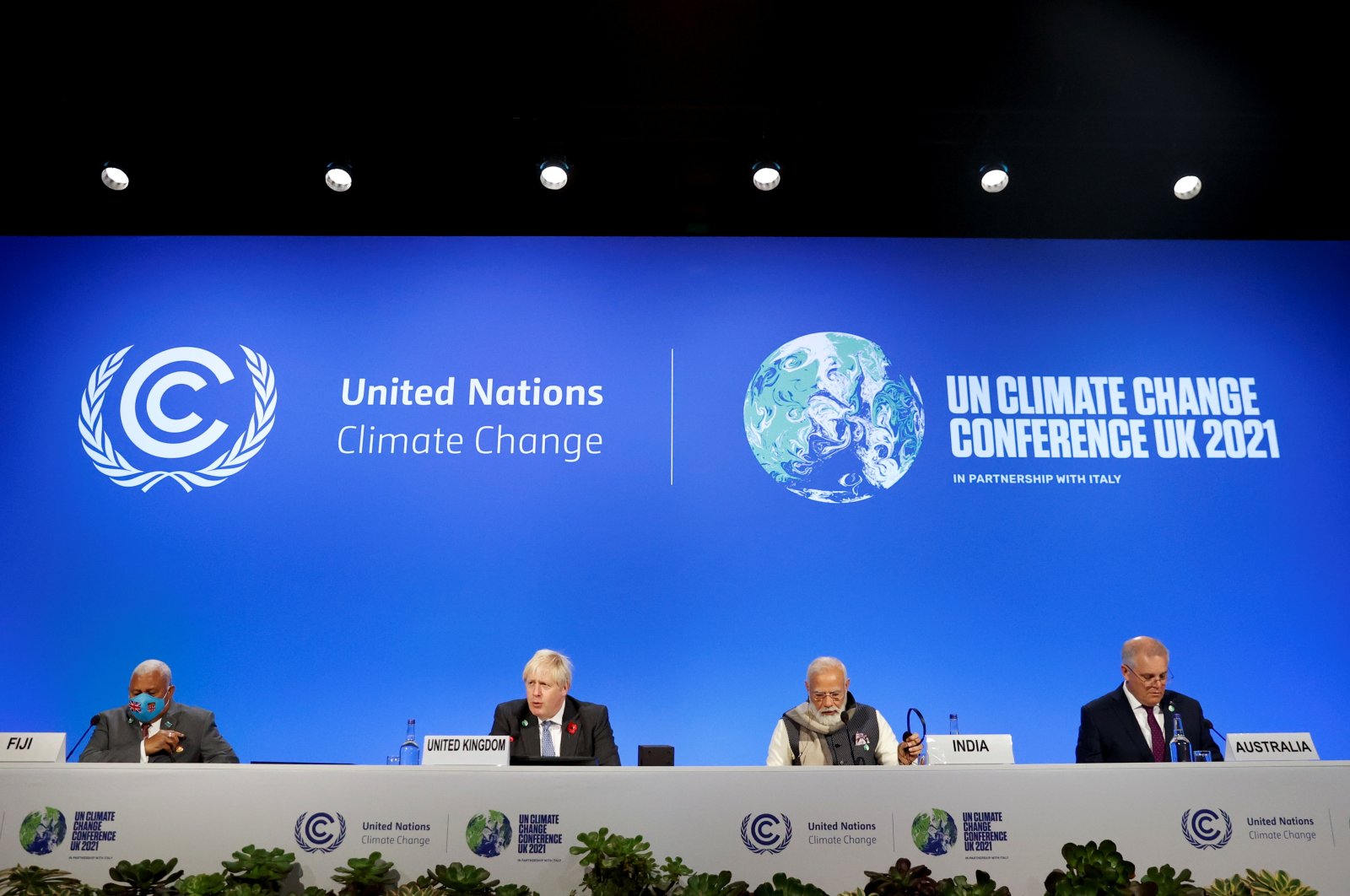 More than 100 global leaders pledged late on Monday to halt and reverse deforestation and land degradation by the end of the decade, underpinned by $19 billion in public and private funds to invest in protecting and restoring forests.

The joint statement at the COP26 climate talks in Glasgow was backed by the leaders of countries including Brazil, Indonesia and the Democratic Republic of Congo, which collectively account for 85% of the world's forests.

The Glasgow Leaders' Declaration on Forest and Land Use will cover forests totaling more than 33 million square kilometers (13 million square miles), according to a statement from the British prime minister's office on behalf of the leaders.

"We will have a chance to end humanity's long history as nature's conqueror, and instead become its custodian," said British leader Boris Johnson, calling it an unprecedented agreement.

A slew of additional government and private initiatives were launched Tuesday to help reach that goal, including billions in pledges for Indigenous guardians of the forest and sustainable agriculture.

Forests absorb roughly 30% of carbon dioxide emissions, according to the nonprofit World Resources Institute. The forests take the emissions out of the atmosphere and prevent them from warming the climate.

Yet this natural climate buffer is rapidly disappearing. The world lost 258,000 square kilometers of forest in 2020, according to WRI's deforestation tracking initiative Global Forest Watch. That is an area larger than the United Kingdom.

Monday's agreement vastly expands a similar commitment made by 40 countries as part of the 2014 New York Declaration of Forests and goes further than ever before in laying out the resources to reach that goal.

Under the agreement, 12 countries including Britain have pledged to provide 8.75 billion pounds ($12 billion) of public funding between 2021 and 2025 to help developing countries, including in efforts to restore degraded land and tackle wildfires.

At least a further 5.3 billion pounds would be provided by more than 30 private sector investors including Aviva (AV.L), Schroders (SDR.L) and AXA (AXAF.PA).

The investors, representing $8.7 trillion in assets under management, also pledged to stop investing in activities linked to deforestation by 2025.

Five countries, including the U.K. and United States, and a group of global charities Tuesday also pledged to provide $1.7 billion in financing to support Indigenous people's conservation of forests and to strengthen their land rights.

Environmentalists say that Indigenous communities are the best protectors of the forest, often against violent encroachment of loggers and land grabbers.

More than 30 financial institutions with more than $8.7 trillion in assets under management also said they would make "best efforts" to eliminate deforestation related to cattle, palm oil, soy and pulp production by 2025.

COP26 aims to keep alive a target of capping global warming at 1.5 degrees Celsius (2.7 Fahrenheit) above pre-industrial levels. Scientists say forests and so-called nature-based solutions will be vital to reaching that goal.

Woodlands have removed about 760 million tonnes of carbon every year since 2011, offsetting about 8% of carbon dioxide emissions from fossil fuels and cement, according to the Biomass Carbon Monitor project backed by data analytics firm Kayrros and French research institutions.

"Our biosphere is really helping bail us out for the time being, but there is no guarantee those processes will continue," said Oliver Phillips, an ecologist at the U.K.'s University of Leeds.

Meanwhile, nearly 90 countries have joined the U.S.- and EU-led effort to slash emissions of the potent greenhouse gas methane 30% by 2030 from 2020 levels, a pact aimed at tackling one of the main causes of climate change, a senior Biden administration official said. The partnership will be formally launched later Tuesday.

Methane is the main greenhouse gas after carbon dioxide. It has a higher heat-trapping potential than CO2 but breaks down in the atmosphere faster – meaning that cutting methane emissions can have a rapid impact on reining in global warming. The Global Methane Pledge, which was first announced in September, now includes half of the top 30 methane emitters accounting for two-thirds of the global economy, according to the Biden administration official.

Among the new signatories that will be announced Tuesday is Brazil – one of the world's five biggest emitters of methane.

China, Russia and India, also top-five methane emitters, have not signed on to the pledge. Those countries were all included on a list identified as targets to join the pledge, previously reported by Reuters.

Since it was first announced in September with a handful of signatories, the U.S. and European Union have worked to get the world's biggest methane emitters to join the partnership. There were roughly 60 countries signed up only last week, after a final diplomatic push from the U.S. and EU ahead of the COP26 summit. While it is not part of the formal United Nations negotiations, the methane pledge could rank among the most significant outcomes from the COP26 conference, given its potential impact in holding off disastrous climate change.

A U.N. report in May said steep cuts in methane emissions this decade could avoid nearly 0.3 degrees Celsius of global warming by the 2040s. Failing to tackle methane, however, would push out of reach the Paris Agreement's aim to limit global temperature rise to 1.5 degrees Celsius above preindustrial levels and avoid the worst impacts of climate change.

The 30% methane cut would be jointly achieved by the signatories, and cover all sectors. Key sources of methane emissions include leaky oil and gas infrastructure, old coal mines, agriculture and landfill sites. If fulfilled, the pledge is likely to have the biggest impact on the energy sector, since analysts say fixing leaky oil and gas infrastructure is the fastest and cheapest way to curb methane emissions.

The U.S. is the world's biggest oil and gas producer, while the EU is the biggest importer of gas. The U.S. is due to release oil and gas methane regulations this week. The EU and Canada both plan to unveil methane legislation addressing the energy sector later this year.