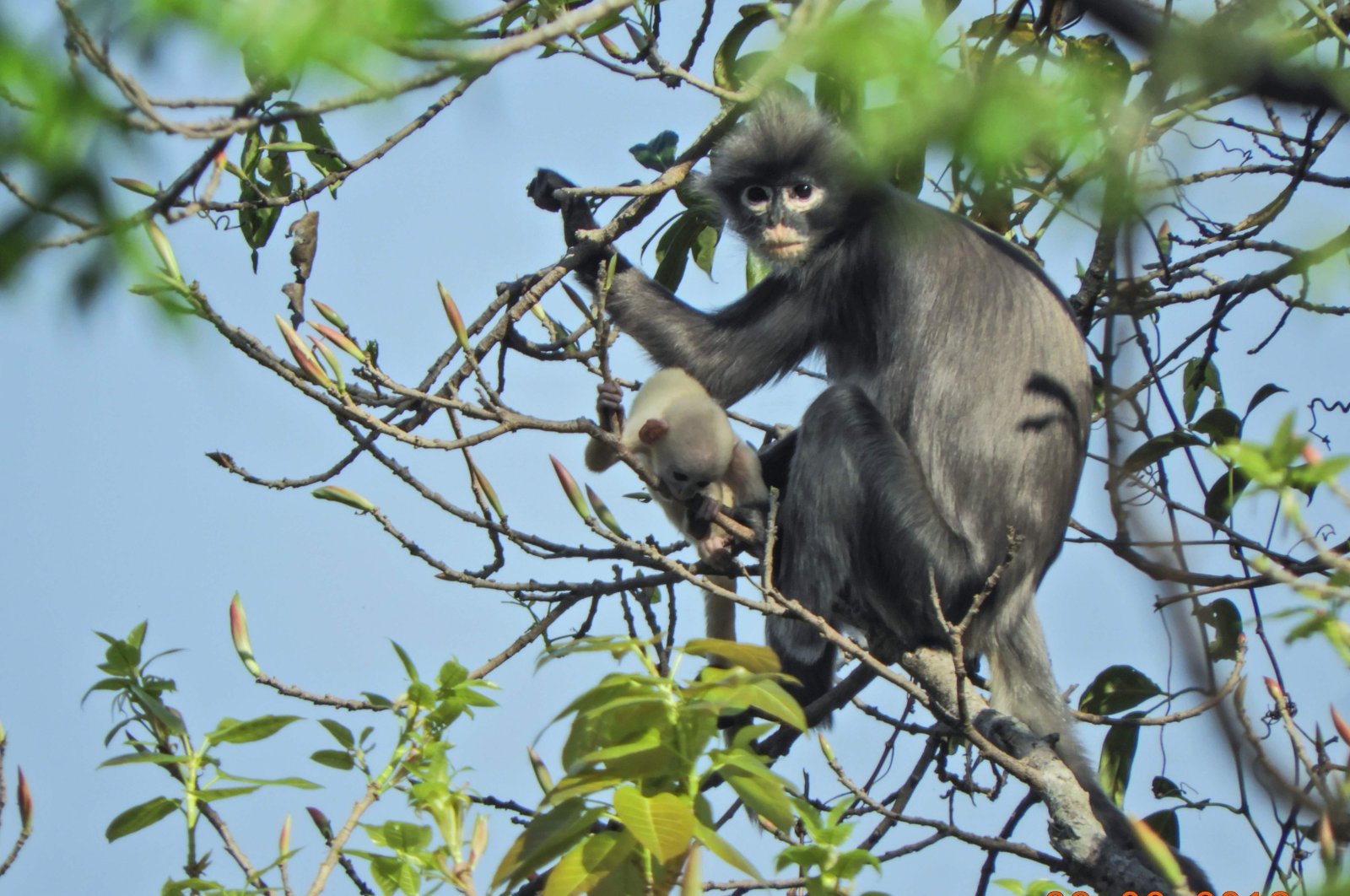 Scientists have identified a new species of primate living in the forests of central Myanmar, a lithe tree-dweller with a mask-like face framed by a shock of unruly gray hair.

The Popa langur – named after an extinct volcano home to its largest population, some 100 individuals – has been around for at least a million years, according to a study published on Wednesday in Zoological Research. But with only 200 to 250 left in the wild, experts will recommend that the leaf-eating species be classified as "critically endangered."

Throughout its range, the monkey with startling chalk-white rings around its eyes is threatened by "hunting, habitat loss, degradation, fragmentation caused by agricultural encroachment and illegal or unsustainable timber extraction," the study found.

The first evidence of the new species did not come from the wild but the backrooms of the London Natural History Museum, where a genetic analysis revealed that specimens gathered more than a century ago when Burma was a British colony were something new. Samples of Popa poop collected by Momberg and his colleagues in the forest matched those from the museum and showed that the previously unknown langur was still roaming the wild.

The reclusive monkeys were finally captured on film in 2018, revealing their distinctive fur coloration and markings.

Trachypithecus popa, or T. popa for short, has a gray-brownish and white belly, with black hands and wrists that look a bit like gloves. Its agile tail – at nearly a meter – is longer than its body, with the creature weighing about 8 kilograms (18 pounds).

"Additional field surveys and protection measures are urgently required and will be conducted by FFI and others to save the langurs from extinction," said Ngwe Lwin, a primatologist with FFI's Myanmar program. Scientists at the German Primate Centre in Goettingen, Germany co-led the research.

There are more than 20 species of langur in the world, several of them critically endangered. The best known among them is the gray or Hanuman langur, named after the wandering monkey god prominent in the Hindu epic Ramayana.

In the new study, an international team of more than 30 researchers also decoded the evolutionary history of the broader group, or genus, that included langurs by sequencing the mitochondrial genomes of 41 specimens. They found that four distinct groups – scattered across Asia from Bangladesh and Bhutan in the west to Vietnam and southern China in the East – diverged some 4 million years ago.

At least two dozen primates have been discovered since the beginning of the century, many through genetic analysis revealing that species similar in appearance were in fact distinct.

Primates are divided into two suborders. Strepsirrhines – from the Greek for twisted-nose – includes lemurs and lorisids. The second suborder, haplorhines, or "dry-nosed" primates, includes the tarsier, apes and langurs.

There are more than 20 critically endangered species of primate in the world today.