Last year was one of 3 warmest on record, research shows 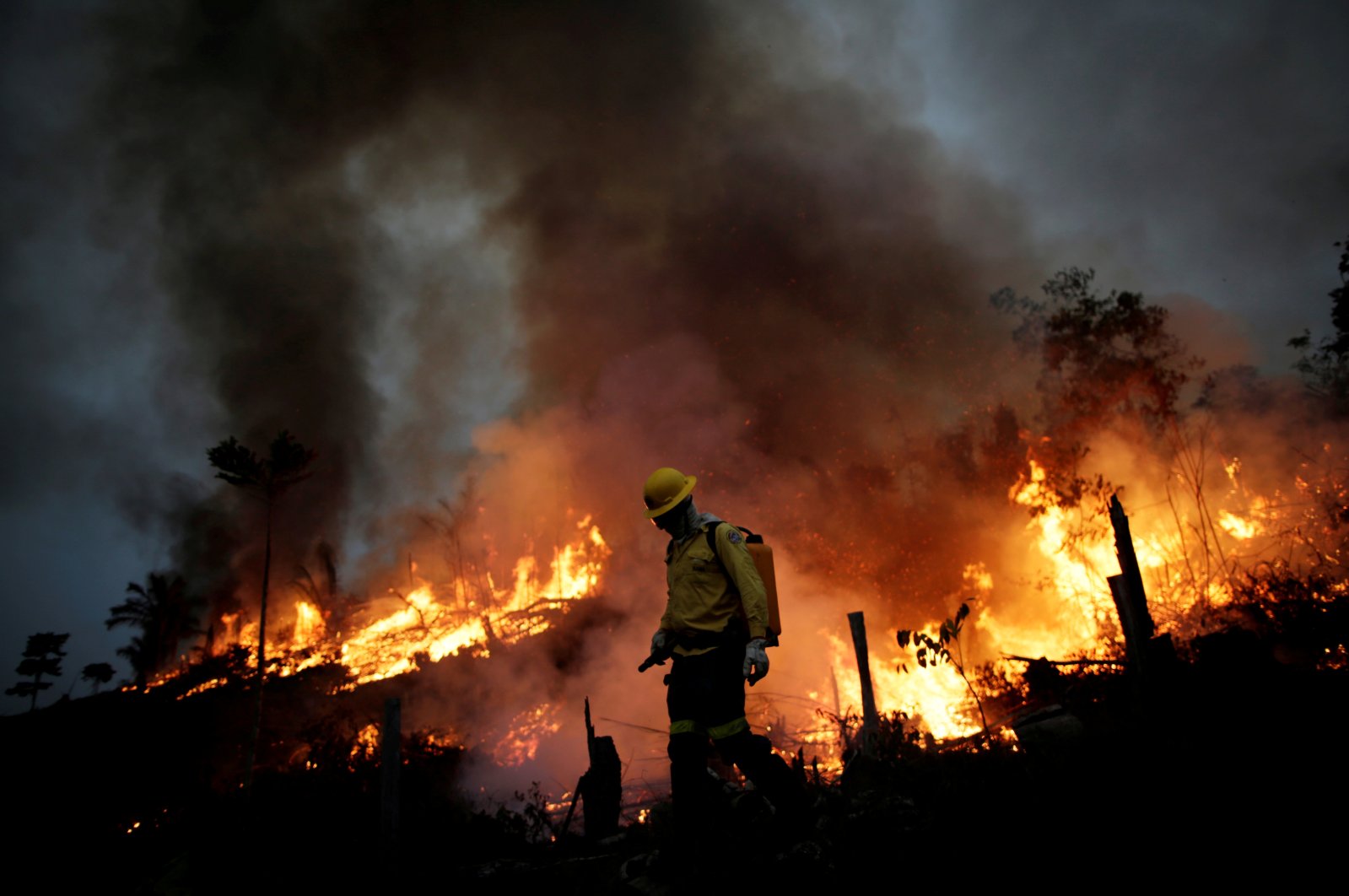 A Brazilian Institute for the Environment and Renewable Natural Resources (IBAMA) fire brigade member attempts to control a fire in a tract of the Amazon jungle in Apui, Amazonas State, Brazil, Aug. 11, 2020. (Reuters Photo)
by REUTERS
Aug 12, 2020 7:59 pm

Last year was one of the three warmest on record, with glaciers melting, sea levels rising and a spate of wildfires, heatwaves and droughts, research published in the Bulletin of the American Meteorological Society (BAMS) showed.

For the 32nd consecutive year, 2019 saw the loss of mass from mountain glaciers, while lake temperatures were above the long-term average and permafrost temperatures continued to rise.

In 2019, global mean sea level set a new record for the eighth year running, reaching 87.6 millimeters (mm) above the 1993 average when satellite measurements began, with an annual average increase of 6.1 mm from 2018, the report said.

"A number of extreme events, such as wildfires, heatwaves and droughts, have at least part of their root linked to the rise in global temperature," said Robert Dunn from the U.K.'s Met Office, which contributed to the report.

"The rise in global temperature is linked to another climate indicator: the ongoing rise in emissions of greenhouse gases, notably carbon dioxide, nitrous oxide and methane."

The pressure is building for governments to do more to limit emissions to maximize the chances of capping a rise in average global temperatures at 1.5 C, a goal enshrined in the 2015 Paris climate agreement.