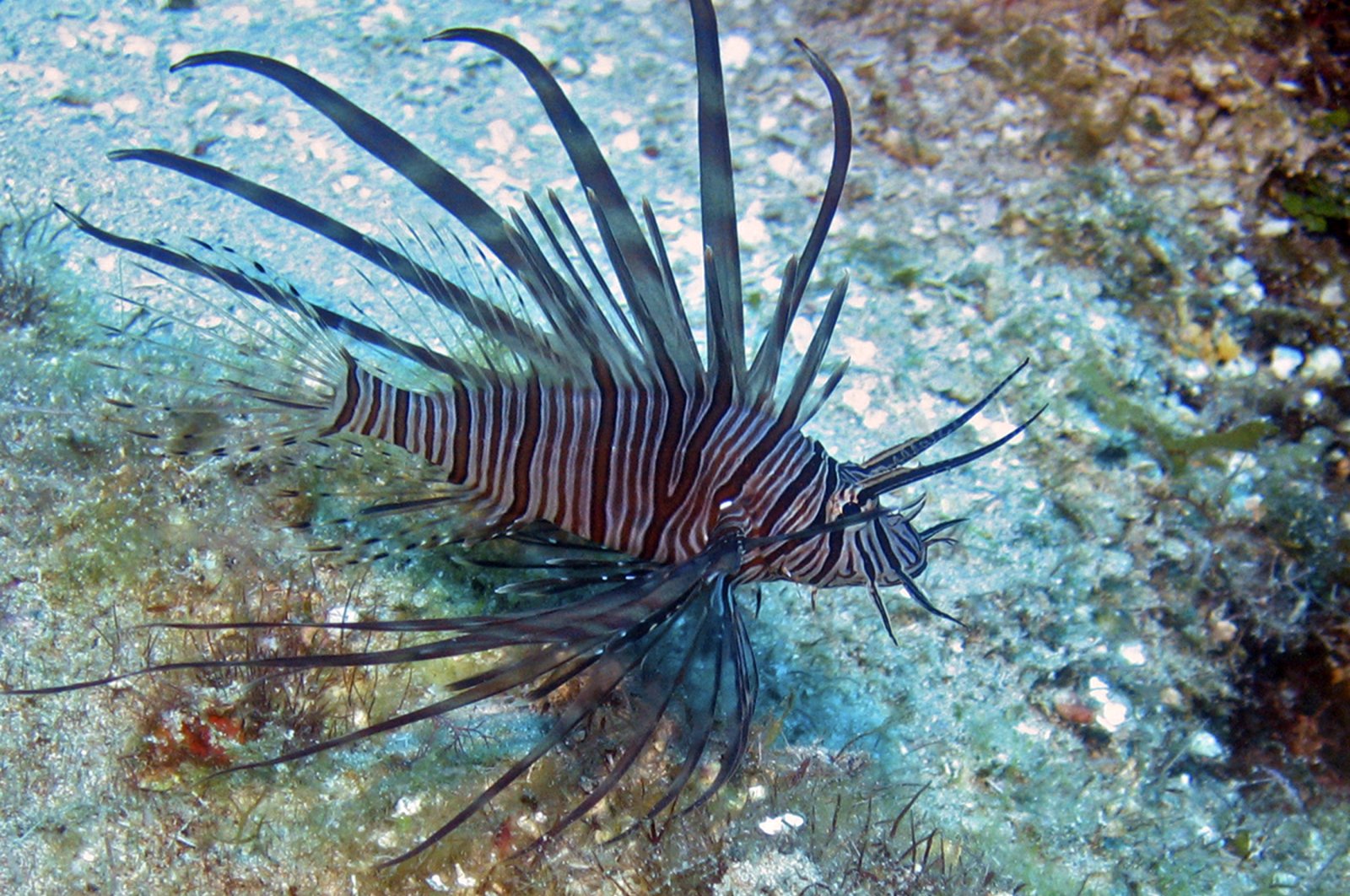 After the spread of the poisonous and invasive puffer fish on the western coast of Turkey, now the sighting of lionfish has sparked concern. Marmaris Environmentalists Association President Ahmet Kutengin said there is a serious poisonous species infestation on the coast and offshore in the western province of Marmaris.

They have been doing research with several universities about these invasive species, Kutengin told Habertürk in an article published Monday. Stating that the lionfish reproduce at a rapid pace on the coast of Marmaris he said: “The puffer fish and lionfish are attacking small fish rather than big ones. Due to this behavior, there has been a decrease in the fish population.”

Both of these poisonous fish originate from the Indian Ocean and have come to the coast of Turkey in recent years due to rising temperatures due to global warming. “When these fish compete with other fish in the ecosystem, they eat the larvae, eggs and small fish native to Turkey,” professor Cemal Turan of Iskenderun Technical University said. “The excessive consumption causes great damage to our seas. The capture of lionfish and puffer fish must be encouraged,” he said, pointing out that the difference between the two is that only the fins of the lionfish are poisonous whereas the meat of the puffer fish is also poisonous and must not be eaten. He cautioned about touching the fins of the lionfish, which will cause “allergic reactions, intense pain and other symptoms.”

Turan explained that the lionfish migrated to the Mediterranean through the Suez Canal and is especially common in the Northeast Mediterranean. The first one in Turkey was recorded in 2014 and later spread along the Turkish coast from the southern province of Mersin to the bay of Antalya and all the way up to Izmir.