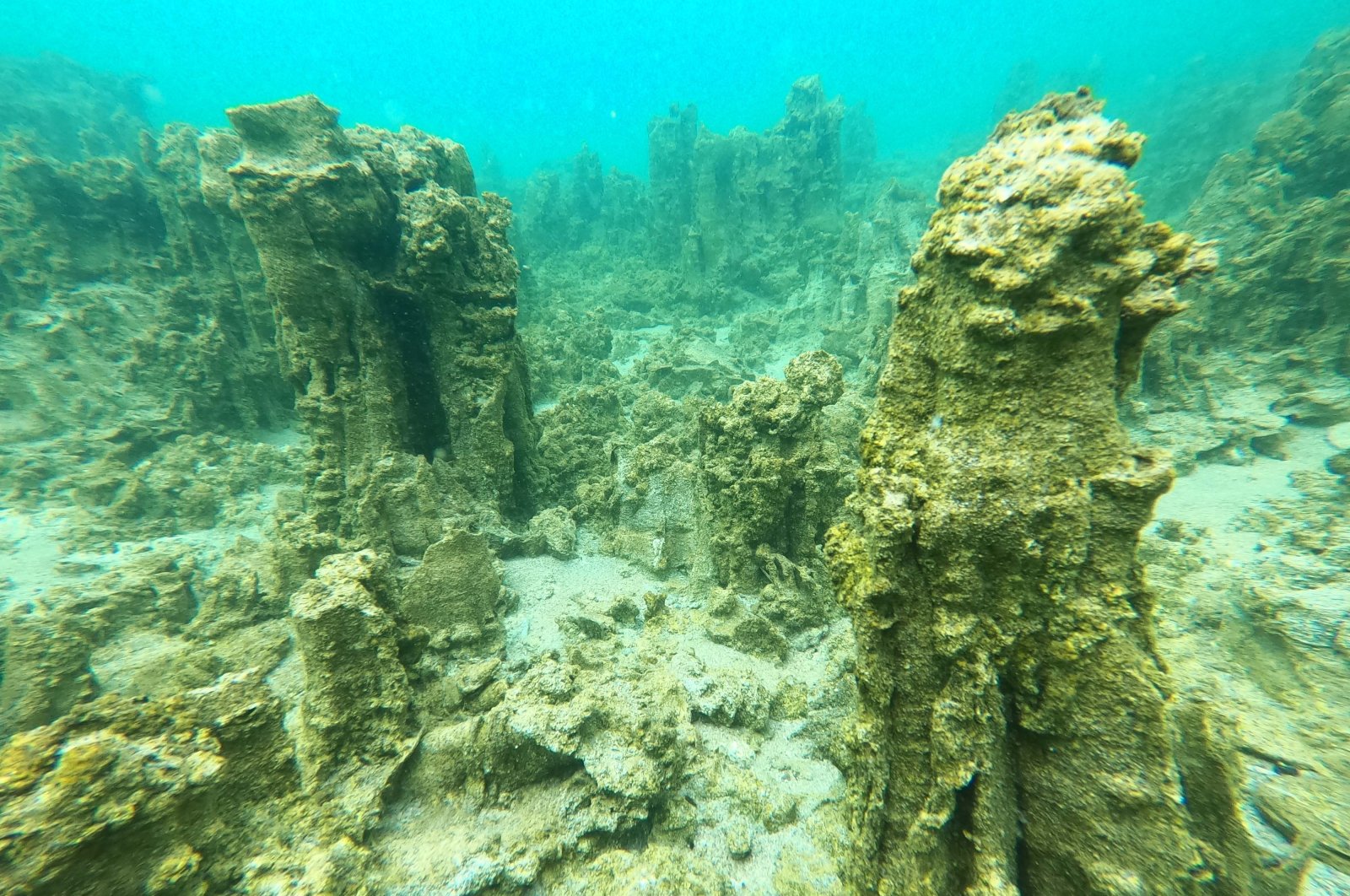 New types of "living rocks" or microbialites, different in structure and shape from previous findings, have been discovered on the bottom of Turkey’s eastern Lake Van.

Food for some organisms, the microbialites were photographed by Cumali Birol, head of the culture, art and tourism association of the town of Adilcevaz, which lies on the edge of Lake Van, and Ali Ethem Keskin, a diver and documentary filmmaker.

Microbialites are mounds of rock or benthic sedimentary deposits made of carbonate mud that form with the help of microbes. For billions of years, microbialites played a crucial role in helping produce the oxygen-rich atmosphere that now supports life on earth.

Lake Van is one of the most unique ecosystems in the world, Mustafa Akkus, an aquaculture professor at the Van Yuzuncu Yıl University, told reporters on Monday.

“The world’s largest microbialites exist in Lake Van,” he said.

“The potential hydrogen level in the lake is around 9.8. In other words, its water is alkaline. Alkaline water, combined with the fresh water coming out of the bottom of the lake, drives the precipitation. Here, cyanobacteria activate and form the world’s largest microbialites.”

He said the new findings have amplified the “incredible beauty” of Lake Van and will attract many more diving enthusiasts.

Birol said the research will continue on the newly discovered microbialites and more dives will also be carried out in the lake.

Keskin, the documentary filmmaker, said the serene lake is a great place for underwater photography and videography.

“I believe this [new discovery] will have a positive impact on tourism,” he said.