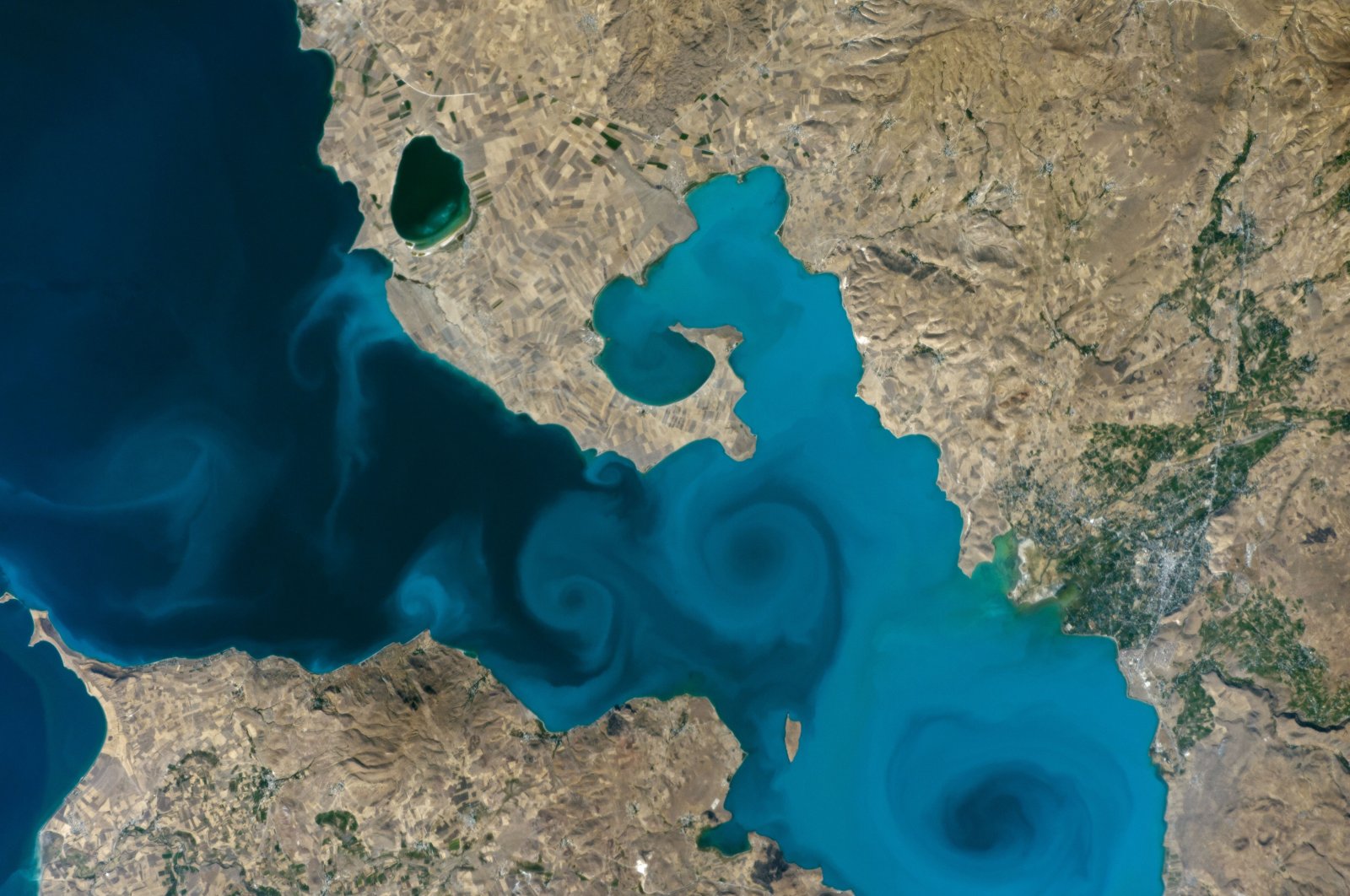 The photo, which depicts the lake in eastern Turkey with its swirling cerulean and azure waters was one of two finalists among 32 initial competitors heading into the final day of voting on Monday. It was captured by Kate Rubins from space on Sept. 12, 2016 while orbiting on the International Space Station.

It bested another picture taken by astronauts aboard the ISS called “Stars in Motion” in the final stage of the competition, which was a composite photograph capturing long-exposure spinning lights in North America contrasted against star trails.

Van Governor and Metropolitan Deputy Mayor Mehmet Emin Bilmez said Tuesday that the result brought great joy to the residents of Van and Turkey, and he invited Rubins to Van. “We invite Rubins to have a 'Van Breakfast' which is on the books of records. We would like Rubins, who is an avid cycler, to take part in cycling tours on the beaches of Lake Van with Vangölü Activists.”

“When Rubins visits our city we will present the Van cat (famous rare cats indigenous to Van) gifted by our university to her. Also, with the decision of Van Metropolitan City Council, we will declare Astronaut Kate Rubins an honorary Van citizen,” Bilmez told Anadolu Agency (AA).

The competition, titled “Tournament Earth” and organized by NASA Earth Observatory, an online publishing outlet for NASA established in 1999, had kicked off on March 8, featuring more than two decades of snapshots by astronauts.

The pictures, showing unique views of the planet, were gathered in four groups, Unity, Cupola, Destiny, and Tranquility, based on the four modules of the space station.