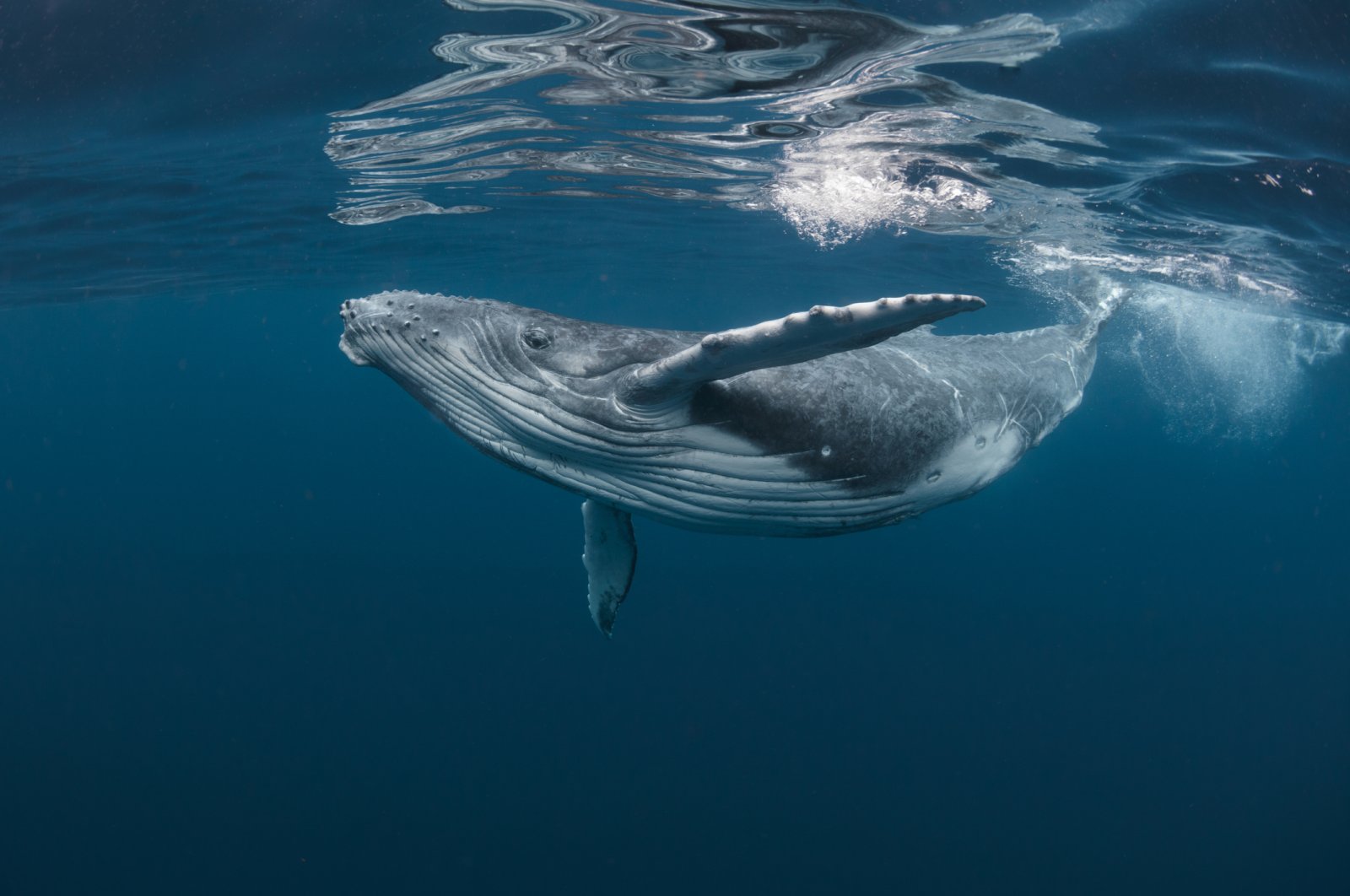 Pandemic "silence" has revealed the mesmerizing sounds of our oceans, usually masked by the noise of passing tankers and ships. (iStock Photo)
by REUTERS Jun 26, 2020 11:15 am
Edited By Yasemin Nicola Sakay
RECOMMENDED

Eleven years ago, environmental scientist Jesse Ausubel dreamed aloud in a commencement speech: What if scientists could record the sounds of the ocean in the days before propeller-driven ships and boats spanned the globe?

They would listen to chit-chat between blue whales hundreds of miles apart. They would record the familiar chirps and clicks among a pod of dolphins. And they would do so without the cacophony of humankind – and develop a better understanding of how that undersea racket has affected sea life. It was a flight of fancy, more aspirational and inspirational than a plan.

At first, Ausubel says, he (very fancifully) suggested a year of a "quiet ocean," during which shipping would come to a halt, or at least slow down. Then a month. And finally, just a few hours.

As far-fetched as even that was, a small fraternity of about 100 similarly curious scientists picked up on his vision. In 2015, they published a plan of how to conduct the International Quiet Ocean Experiment, should the opportunity ever present itself.

When the COVID-19 pandemic sparked an extreme economic slowdown in March, sending cruise ships to port and oil tankers to anchor, they mobilized. Last month, they finished cobbling together an array of 130 underwater hydrophone listening stations around the world – including six stations that had been set up to monitor underwater nuclear tests.

"Well, we're not excited that COVID happened, but we're happy to be able to take advantage of the scientific opportunity," says Peter Tyack, a professor of marine mammal biology at the University of St. Andrews in Scotland and one of the early instigators. "It would have just been impossible any other way."

Tyack says the recordings should give scientists a never-before glimpse of the ocean with little human interference. It's a bit like looking at the night sky if most of the world's lights were turned off.

He says some research suggests large whales have adapted to man-made noises by raising their voices and their pitch. He speculates that many species also have moved to quieter regions of the world so they can find food, and one another, more easily.

Generally, the group will be looking to see if the whales and other sea mammals adapt to the quieter oceans by lowering their volume, communicating more efficiently or shifting their habitat.

Some of the project's listening posts are connected to land via cables, but many of them are not and the recordings have to be retrieved by ships. Now that economies around the world are reopening, the quiet oceans group has started gathering the soundscape data.

It won't be until the end of the year, however, that the researchers will have cleaned up the recordings and can compare them to previous years for changes in human and animal noise alike.

The focus of the serendipitous project is on the so-called SOFAR (Sound Fixing and Ranging) channel, a naturally occurring ocean stratum in which sound can travel long distances.

It's where large baleen and fin whales sing for a lover or join in a friendly chorus. But it's also where the human racket from fishing boats, tankers and motorboats, as well as oil rigs and wind turbines, gets trapped and then propagated around the world.

Sound waves travel farther and faster in water than in the air. That's especially true of the bass notes of a whale's song, the low grinding of a ship's shaft, even the rumble of a nuclear explosion. Those sounds can travel hundreds or even thousands of miles, bending around the planet by bouncing up and down in the SOFAR channel, a kilometer-deep band of water.

The 130 recording stations used by the researchers are a hodgepodge of locations and sensitivity in that channel. Part of the planning process includes identifying and recruiting partners who operate listening stations run by governments, universities, environmental groups and other agencies.

The humblest station is 4 kilometers off the Spanish coast and operated by the Polytechnic University of Barcelona. It records sound up to 10 kilometers away. At the other extreme are six stations, each with multiple hydrophones, operated by the Vienna-based Comprehensive Nuclear Test Ban Treaty Organization. Those stations can not only pinpoint underwater nuclear explosions anywhere on the planet, but also eavesdrop on whales an ocean away.

Ausubel, the director of the Program for the Human Environment at New York's Rockefeller University, says he and his fellow dreamers were ready, even if their plan seemed unrealistic.

"We spent a lot of time planning: How would you try to set up this kind of study, even though we realized that it wasn't really practical?"

But the plan, Ausubel says, anticipated moments of opportunity such as an extreme weather event, not a pandemic.

"Immediately after a hurricane or a typhoon, it's very quiet for a day or two because of the fear of large waves or storms," he says. "Fishermen don't go out to sea; shipping routes are changed; oil and gas platforms may be shut down."

Amid the pandemic and the lockdowns that ensued, the busiest strait in Turkey, the Bosporus was doomed into silence. The strait that runs between Asia and Europe and divides Istanbul into two saw a 50% drop in maritime traffic. Major ports in the northeast of the United States, such as Boston, Philadelphia, New York and Baltimore, also saw its ship and boating traffic drop by almost half in April compared with the same month in 2019, according to MarineTraffic, a ship-tracking firm. Meanwhile, large European ports, such as Lisbon, Antwerp, Le Havre and Rotterdam, saw about a 25% drop in the same month, the firm said.

"I think there'll be some variability in different places, which is quite important to test this," Tyack says. "It isn't really a controlled experiment, so it's better to have 50 different sites, some of which noise is much lower and some of which it isn't, to be able to look at the impact of the reduction."

"There have been observations near Vancouver of orcas coming closer to the city than was customary, and off Scotland," he says.

Orcas, dolphins and humpback whales, which communicate using high-frequency sounds that don't travel particularly far, often congregate in shallower waters. They may have moved closer to once-busy ports and harbors, he speculated.

The group hopes to publish a paper this summer that gathers anecdotal reports of changes observed in recent months. At the end of the year, a group led by Tyack will report how much the volume went down. And finally, next year, the researchers aim to publish a full analysis of how the reduction in sound changed the behavior of marine mammals and other marine life.

"What did the preindustrial ocean sound like," Tyack says, "and how are marine ecosystems going to respond to that?"