Looking back: Environmental disasters that struck in February 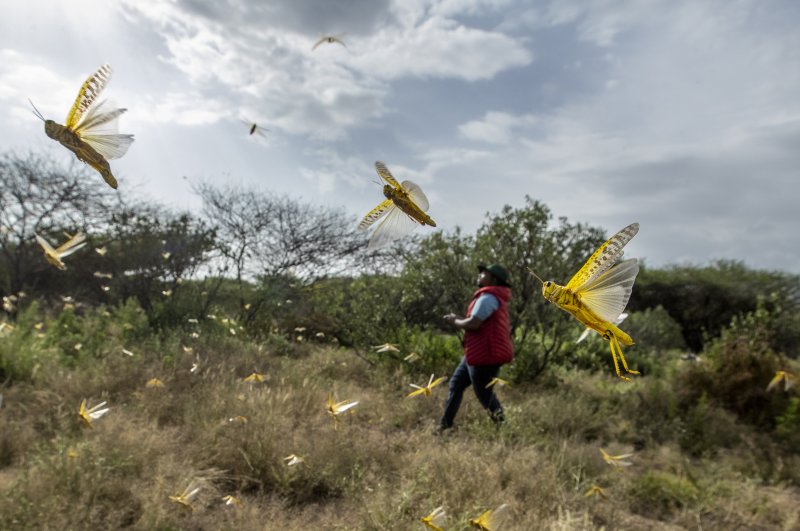 In this photo taken Saturday, Feb. 1, 2020, desert locusts jump up from the ground and fly away as a cameraman walks past, in Nasuulu Conservancy, northern Kenya. (AP Photo)
by Anadolu Agency
Mar 03, 2020 11:19 am

This February saw numerous environmental disasters exacerbated by climate change and vice versa, including Storm Ciara that wreaked havoc across Europe, swarms of locusts that invaded East Africa, as well as a volcanic eruption that shook Japan.

Here is a look at all the global environmental disasters experienced in February.

– Floods and landslides kill at least 13 in the Rwandan capital of Kigali, as the country has seen dozens of deaths due to torrential rain in recent weeks.

– Australia is hit by the heaviest rain in the last three decades, bringing widespread flooding and causing a loss of power for 100,000 homes.

– Thousands of homes are flooded in Indonesia's South Sumatra province due to heavy rainfall.

– The worst of Storm Ciara abates in central Europe after near-hurricane-force winds leave the region battered, while Scandinavian countries, as well as Switzerland, France, Belgium, Ireland, the Netherlands and Germany, continue to experience downpours and high winds.

– At least three people die in the U.K. from the quick-approaching Storm Dennis, which was the second-strongest nontropical storm on record in the North Atlantic Ocean, bringing widespread floods and winds exceeding hurricane force.

– Northern regions of Zimbabwe are hit by flooding that damages or destroys bridges, roads and nearly 200 homes.

– Around 700 families of an indigenous community in Bolivia affected by seasonal rains and deadly floods, causing widespread damage in the north and west.

– Hundreds of homes are damaged in Peru as heavy rain in the mountains triggers flash floods and deadly landslides, displacing hundreds of families from their homes.

– Flash floods in Yogyakarta, Indonesia hit a large group of students trekking along a river, killing 10.

– At least eight people die in floods and landslides in Colombia after dayslong heavy rain.