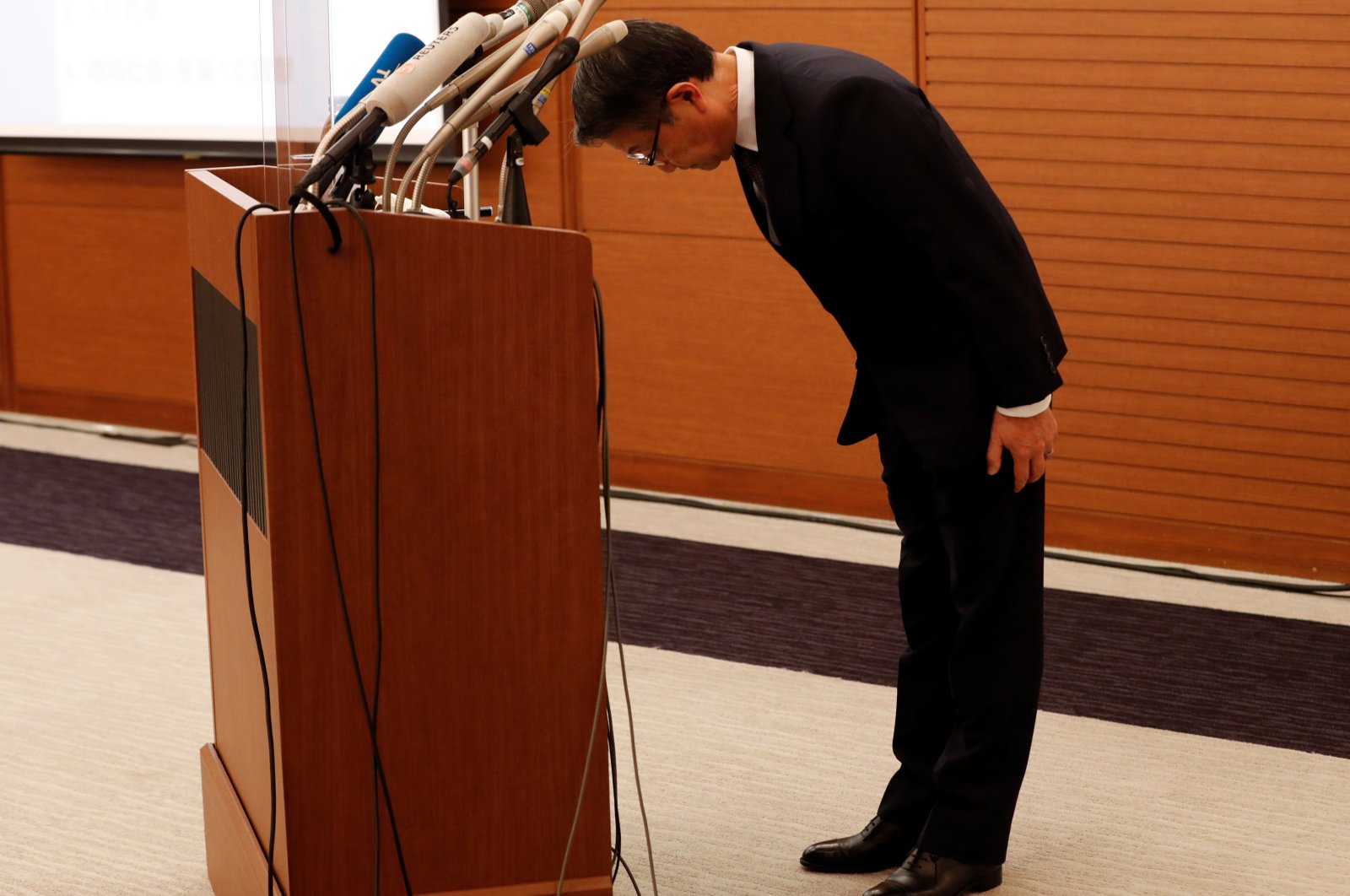 Mitsui O.S.K. Lines President and Chief Executive Officer (CEO) Junichiro Ikeda bows his head to apologize during a news conference about its measures to help recover environment and provide contributions to local communities after the MV Wakashio, chartered by the shipping company, ran aground on a reef in Mauritius in July, at his headquarters in Tokyo, Japan September 11, 2020. (Reuters Photo)
by French Press Agency - AFP Sep 11, 2020 1:59 pm
RECOMMENDED

The Japanese operator of a ship that leaked oil off the Mauritius coast pledged Friday to pay at least $9.4 million to help fix the damage caused by the spill.

Mitsui OSK Lines said in a statement that it planned "to contribute a total fund of about one billion Japanese yen over several years to support measures" to restore the marine environment.

The measures include running mangrove and coral protection projects in partnership with experts and local NGOs, and setting up an environment recovery fund, it said.

The company operates the MV Wakashio, which ran aground on July 25 off the coast of Mauritius, carrying 4,000 tonnes of fuel that began seeping into the island nation's pristine, coral-filled waters.

After the boat split in two, the larger piece was towed out to sea and sunk, but the smaller section remains stranded on the reef.

More than 1,000 tonnes of oil is believed to have leaked from the ship, with the rest siphoned out before it spilled.

It has also seeped into mangrove areas that are difficult to clean.

"This is an accident that impacts people's lives," Mitsui OSK Lines President Junichiro Ikeda said at a press conference in Tokyo.

"It's natural we take social responsibility."

Ikeda said the fund was not a substitute for compensation and added that the company did not know yet how long it would be involved in the clean-up.

"We still need to investigate how big the damage will be and how long it will take for recovery," he said.

The Mauritius government has said it will seek compensation from both the boat's operator and owner for "all losses and damages" caused by the spill and clean-up costs. But how much it will ask for is not yet clear.

The accident is still under investigation by Mauritian authorities.

Japan's Kyodo News said last month the ship's crew had steered it close to shore because they wanted to find a mobile signal so they could contact family and ask about the coronavirus situation at home.

It also cited an unnamed judicial source who said an alcohol-fuelled birthday party had been held on board before the accident, though it was not clear if the on-duty crew participated.