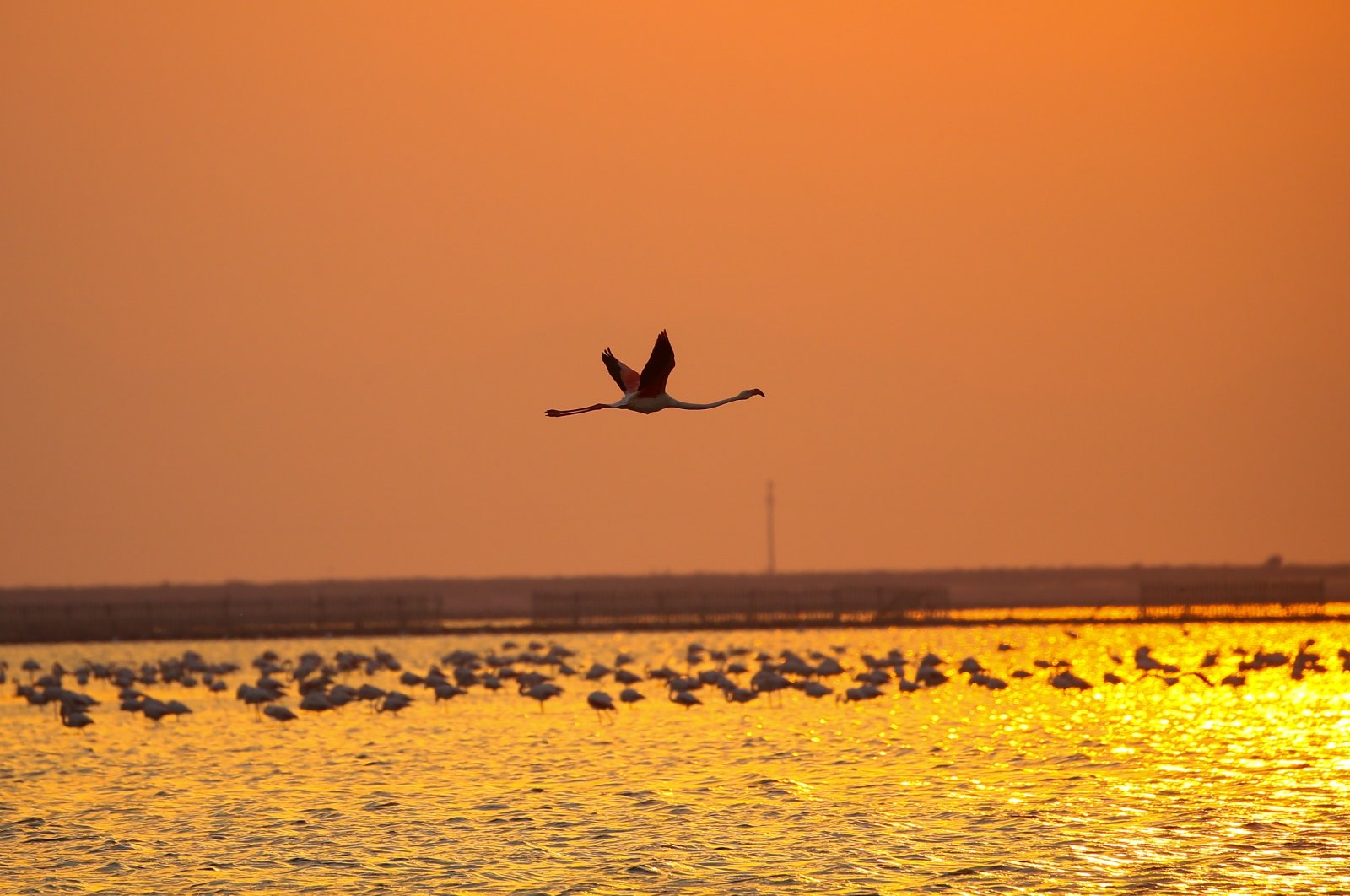 Flamingos dot the sky and surface of the water at sunset in the Gulf of Izmir bird sanctuary, Turkey. (AA Photo)
by Anadolu Agency
Jun 02, 2021 12:09 pm

Hundreds of flamingos in western Turkey have started returning to an artificial island built as an incubation site for its pink-plumed visitors.

Situated at the mouth of the Gediz River in one of the Eastern Mediterranean's largest deltas, the roughly one-and-a-half-acre island is in one of Turkey's two flamingo breeding grounds, also known as Allı turna (red crane) in Turkish.

Hosting flamingos as they feed, rest and court one another during their annual breeding season after a long mass flight, the Gediz Delta with its waters spilling into the Gulf of Izmir on Turkey's Aegean coast is a stunning sight to be seen.

The delta, which qualifies for protection as a Ramsar Area, Wildlife Protection Area and Natural Protected Area, hosts approximately 300 species of birds and has been nominated as a UNESCO World Heritage Site.

Celal Murat Aslanapara, the field engineer at the bird sanctuary on the island, told Anadolu Agency (AA) that avian activity increased in the region as the weather got warmer.

Among all the bird species in the Gediz Delta, flamingos have bred the most, he noted.

Also known as Izmir Bird Paradise, the sanctuary offers magnificent views at sunset with the pink of the flamingos dotting the sky and water's surface, Aslanapa said.