Over 100M people threatened by climate change in Africa: UN 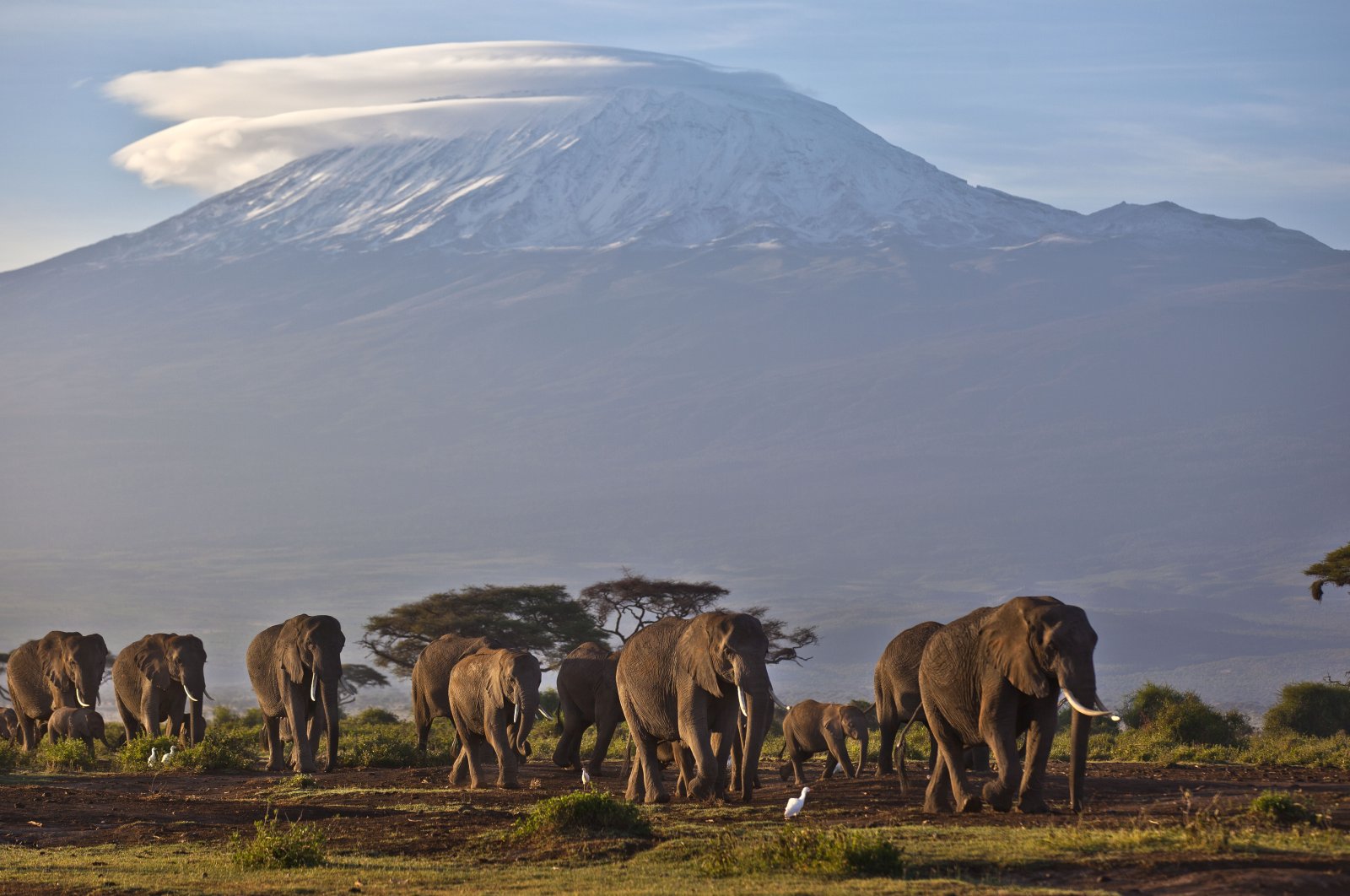 A herd of adult and baby elephants walk in the dawn light as the highest mountain in Africa, Mount Kilimanjaro in Tanzania, sits topped with snow in the background, seen from Amboseli National Park in southern Kenya, Dec. 17, 2012 . (AP file photo)
by French Press Agency - AFP Oct 19, 2021 3:28 pm
RECOMMENDED

A U.N. report published Tuesday showed that over 100 million extremely poor people in Africa are threatened by accelerating climate change that could also melt away the continent's few glaciers within two decades.

In a report ahead of the COP26 climate summit in Glasgow, the U.N. highlighted Africa's "disproportionate vulnerability" last year from food insecurity, poverty and population displacement.

"By 2030, it is estimated that up to 118 million extremely poor people will be exposed to drought, floods and extreme heat in Africa, if adequate response measures are not put in place," said Josefa Leonel Correia Sacko, commissioner for rural economy and agriculture at the African Union Commission.

The extremely poor are those who live on less than $1.90 per day, according to the report coordinated by the World Meteorological Organization (WMO).

"In sub-Saharan Africa, climate change could further lower gross domestic product by up to three percent by 2050," Sacko said in the foreword to the report.

"Not only are physical conditions getting worse, but also the number of people being affected is increasing," she said.

"The rapid shrinking of the last remaining glaciers in eastern Africa, which are expected to melt entirely in the near future, signals the threat of imminent and irreversible change to the Earth system," Taalas said.

The rate in sea level rise along the tropical coasts and the south Atlantic, as well as along the Indian Ocean, was higher than the world average.

Though too small to serve as significant water reserves, Africa's glaciers have high tourism and scientific value and yet are retreating at a rate higher than the global average.

"If this continues, it will lead to total deglaciation by the 2040s," the report said.

"Mount Kenya is expected to be deglaciated a decade sooner, which will make it one of the first entire mountain ranges to lose glaciers due to human-induced climate change."

The other glaciers in Africa are on the Rwenzori Mountains in Uganda and Mount Kilimanjaro in Tanzania.

To avoid even higher costs of disaster relief, the WMO urged African countries to invest in "hydrometeorological infrastructure and early warning systems to prepare for escalating high-impact hazardous events."

It backed broadening access to early warning systems and to information on food prices and weather, including with simple text or voice messages informing farmers when to plant, irrigate or fertilize.

"Rapid implementation of African adaptation strategies will spur economic development and generate more jobs in support of economic recovery from the COVID-19 pandemic," the report said.