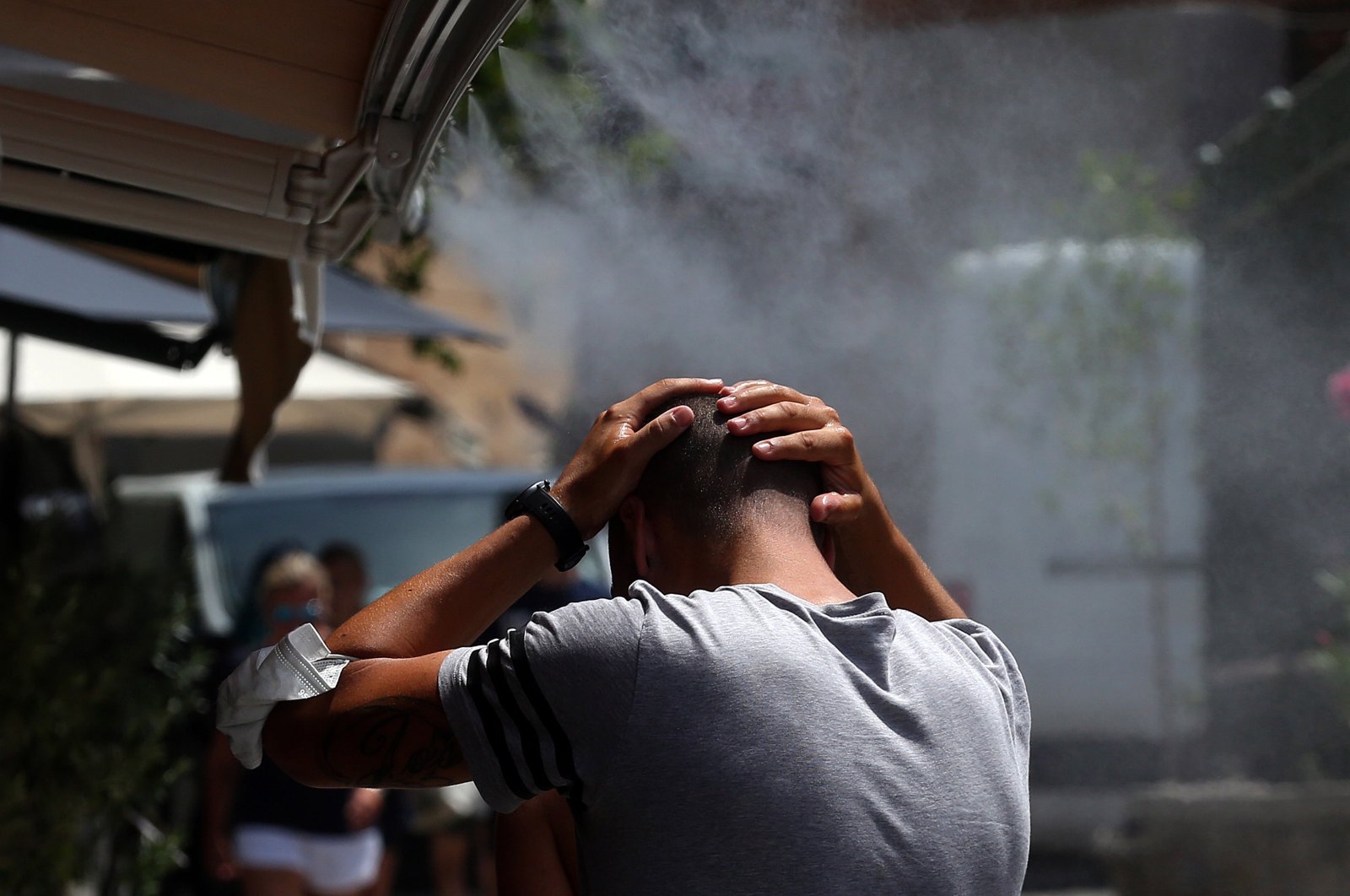 With temperatures across the globe reaching all-time highs, the issue of global warming is now affecting every inch of the planet.

As Greece is roasted by the worst heat wave in more than three decades and forest fires are raging in neighboring Turkey, we look at how Europe is being struck more often by extreme heat.

Since 2003 the continent has had to deal with seven years of fierce summer temperatures, with scientists saying climate change is likely to make heat waves more frequent and intense.

Greece is suffering its "worst heat wave since 1987", according to Prime Minister Kyriakos Mitsotakis, with temperatures set to reach 45 degrees Celsius (113 Fahrenheit) on Monday and Tuesday.

Turkey, Italy and Spain have also been pummelled by intense heat, with forest fires now burning across the Mediterranean region.

Some 2,500 people were killed by two waves of extreme heat in northern Europe in June and July 2019, scientists at the CRED disaster research center of Belgium's University of Louvain estimate.

The temperature hit 46 degrees Celsius on June 28 in the village of Verargues in southern France, smashing the previous national record set in 2003 by nearly two degrees.

The previous summer had been marked by intense drought across Europe, with soaring temperatures in the second half of July and early August reducing the mighty Danube River to a historic low.

Forest fires also raged across swathes of Spain and Portugal.

Several heatwaves hit the south of the continent hard from June till mid-August, with Spain marking its highest-ever recorded temperature of 47.3 degrees Celsius in the small town of Montoro near Cordoba.

Daytime temperatures remained above 40 degrees for a whole week.

The heat came early in 2015 with the mercury rising sharply in late June, reaching 37 at the beginning of July in England.

The four heat waves that hit France that year killed around 1,700 people, according to its health service.

Central and southern Europe baked in a month of punishingly hot weather from the end of June 2007.

The most deadly heat wave of recent decades hit western Europe in early August 2003 caused as many as 70,000 excess deaths, according to the European Union.

France, Italy, Spain and Portugal were particularly hard hit, with the latter recording its highest ever temperature of 47.3 degrees.

Elderly, isolated and vulnerable people suffered particularly badly, and the deaths of some 40,000 in France and Italy led to a major overhaul of how the authorities dealt with severe heat.

Scientists at the World Weather Attribution found that the 2019 heat wave across northern Europe was made "at least five times more likely" by human-affected climate change.