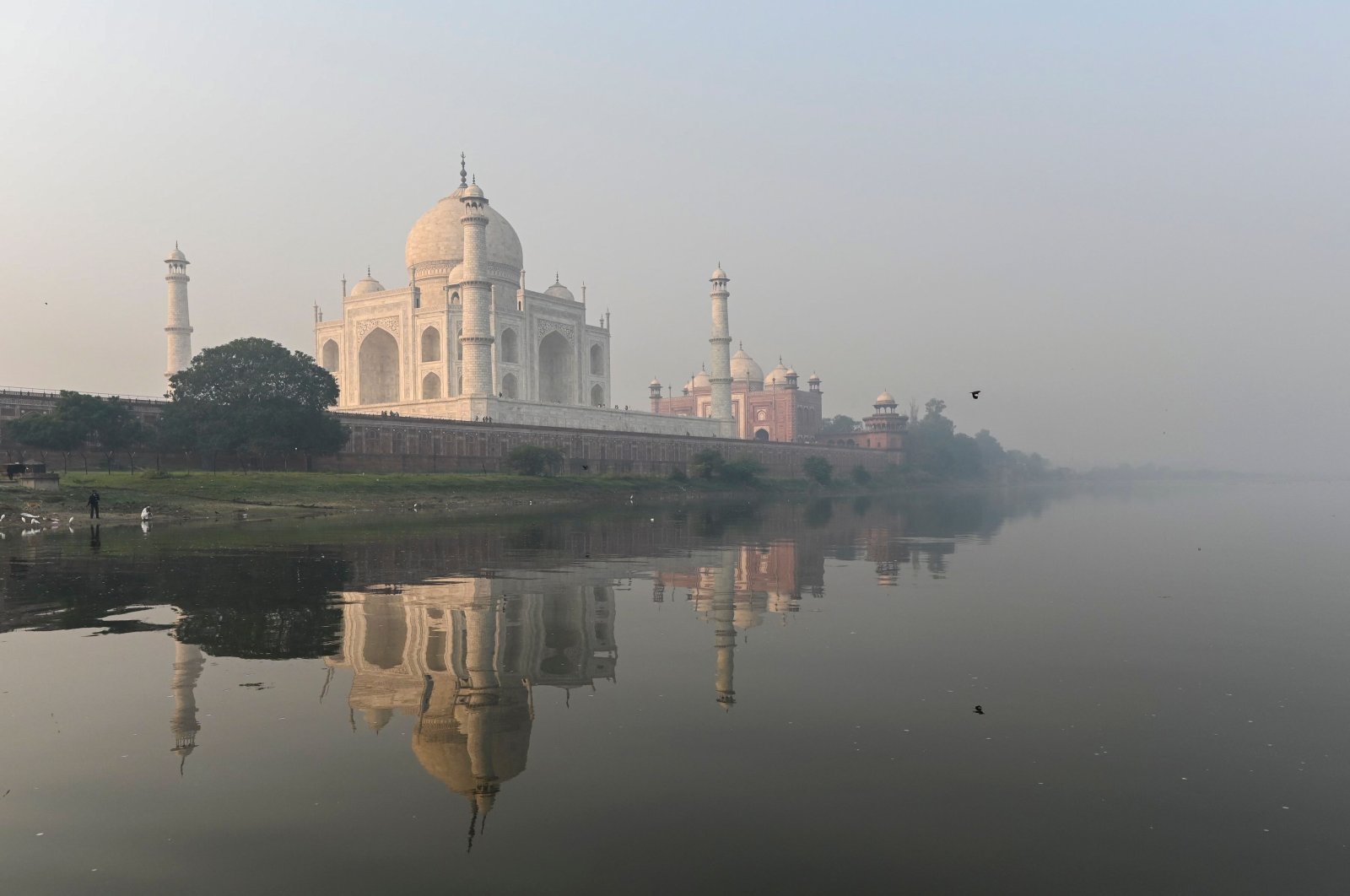 India has welcomed back foreign tourists as the country lifted its travel bans but any enthusiastic visitors will have to brave the intense pollution season to catch – or rather fail at catching – a glimpse of the nation's most famous attraction, the Taj Mahal.

Around the palatial gardens of the Taj Mahal, air quality deteriorates each winter, enveloping the white marble mausoleum in a thick coat of hazardous smog.

The problem is replicated across whole swathes of northern India, where seasonal farm fires combine with vehicle exhaust and factory emissions to blanket entire cities in a yellow-grey haze.

But the few hundred people who ventured to the monument on Tuesday – down from the 20,000 visiting each day before the pandemic – were undaunted.

"We all know that India can be a little bit polluted and the air quality (isn't) the best," said 33-year-old Lachlan Mazzer, an Australian taking time out at the end of a business trip to visit the Taj Mahal before his return home.

"But I never even considered the pollution as a reason not to come."

Recent days have been among the worst for smog this season, with concentrations of the most hazardous PM2.5 particles reaching nearly 160 micrograms per cubic meter on Monday, government figures showed.

The figure is more than 10 times over the maximum daily limit recommended by the World Health Organization.

"Two days ago, the pollution was so bad that I couldn't make out the Taj Mahal from 10 meters (33 feet) away," Shaman, one of the building's custodians, told Agence France-Presse (AFP).

By the light of dawn on Tuesday, the World Heritage-listed monument was more visible through the haze, to the delight of Indian visitors who have been forced to endure the choking winters elsewhere.

"Pollution is everywhere, I feel," said Shweta Gupta, who visited the monument from her home in the capital New Delhi.

"When you are in small (Indian) cities, the pollution is more there."

The Taj Mahal is an enduring symbol of eternal love and India's main tourist attraction, built in the 17th century by Mughal emperor Shah Jahan to honor the memory of his favorite wife.

But it was closed for long stretches from March 2020 after successive waves of COVID-19 infections brought the country's public health system close to collapse and prompted drastic lockdowns.

Strict sanitary measures remain in place at the site, where visitors are strictly instructed not to touch the monument's sparkling marble surface.

Tour guide Nitin Singh said he and his colleagues were impatient to welcome foreign travelers, and told AFP he had barely worked for nearly two years.

"All other businesses, all their people have started working, but the hospitality industry is still suffering badly," he said

"I really hope that things will get better soon."

After a twenty-month closure due to the pandemic, India on Monday reopened its borders to visitors from nearly 100 countries with reciprocal travel arrangements.

But tour operators say demand is extremely sluggish, thanks to high ticket prices and remaining restrictions on travelers from Britain, China and elsewhere.