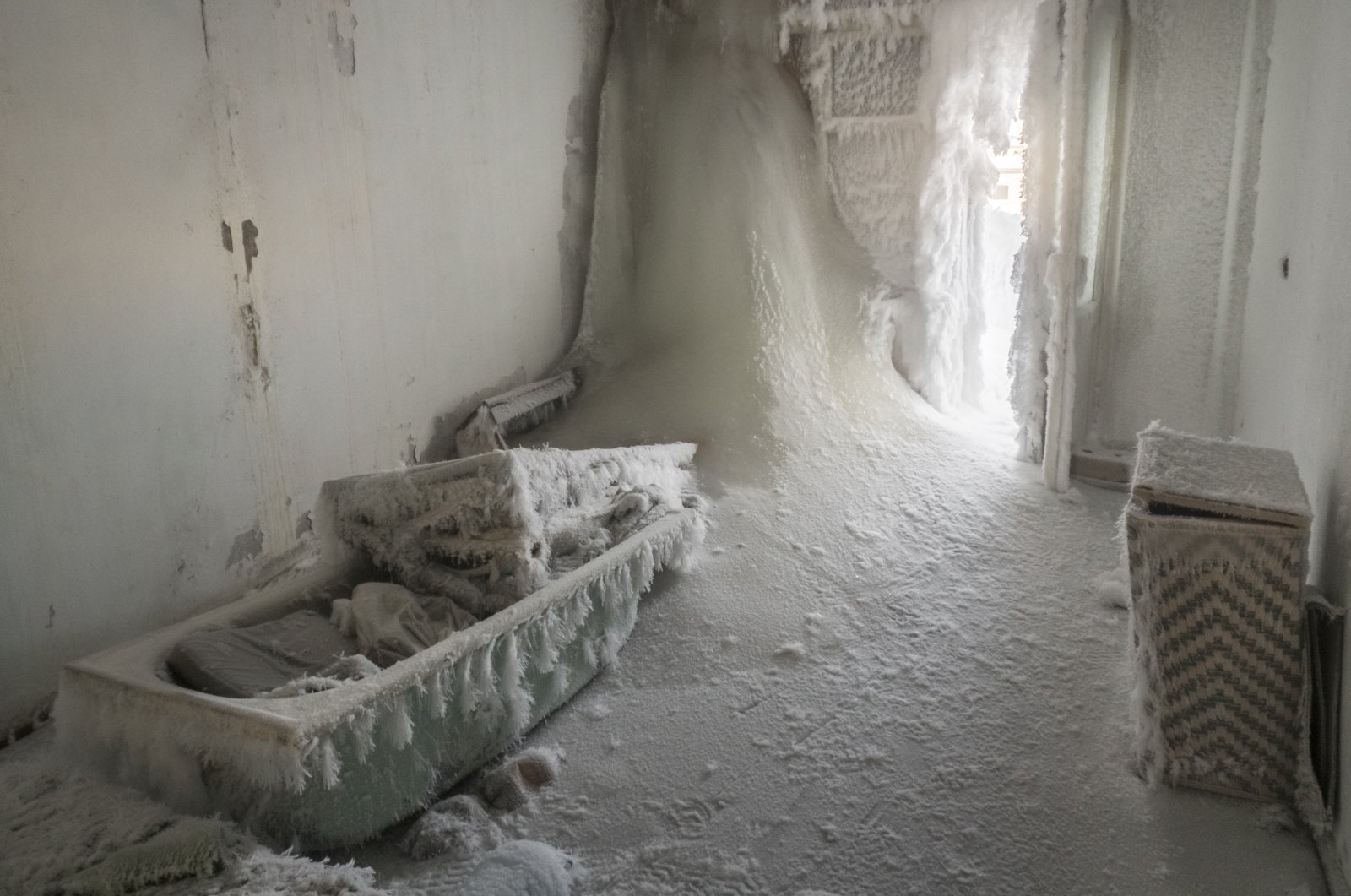 Extreme cold temperatures reaching -50 degrees Celsius prevail in the Russian Arctic city of Vorkuta, which is often called a “ghost town” due to its terrifying environment consisting of abandoned buildings.

The city, which was established due to the coal-mine nearby and has about a population of 70,000, is known as the coldest settlement in Europe.

During extreme colds, the floors and furniture of the buildings are covered with snow and huge icicles.

It has cool summers and exceptionally cold and snowy winters. The settlement was once home to a Gulag prison camp, which was constructed by Soviet leader Joseph Stalin.