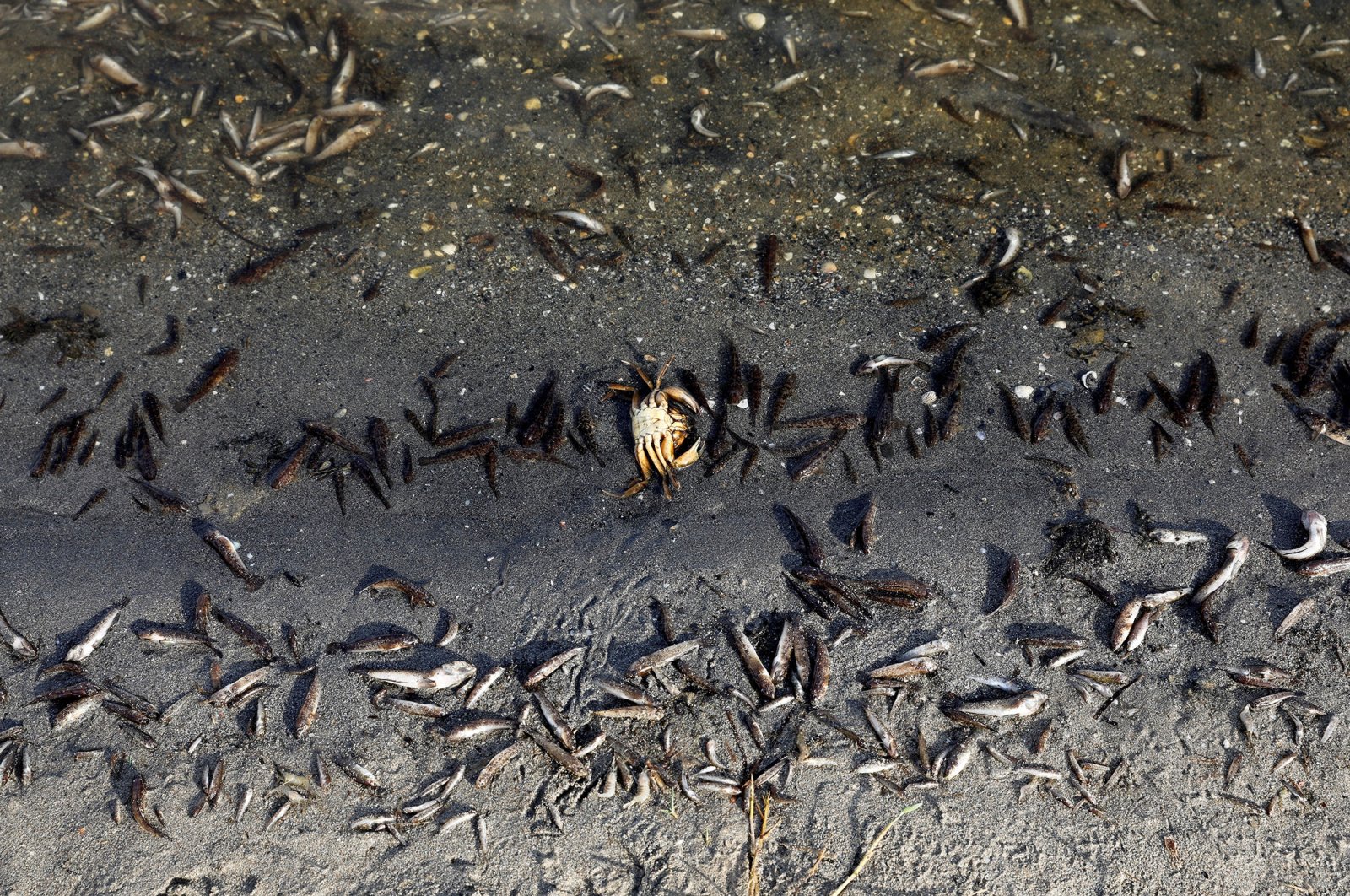 A crowd of tens of thousands of people gathered Saturday around Spain's crisis-hit Mar Menor lagoon and formed a human chain in a show of mourning after one of Spain's worst environmental tragedies in recent years as tons of dead fish washed ashore, organizers and officials said.

One of Europe's largest saltwater lagoons, the Mar Menor, has long been a draw for tourists but is slowly dying as a result of agricultural pollution, with millions of fish and crustaceans dying over the past two weeks. Images of dead fish have traumatized this southeastern coastal region, with locals and tourists turning out to join the mass mourning.

Footage from the scene showed huge lines of people, many in beachwear, holding hands along the waterfront on Alcazares beach, which stretches six kilometers, and another part of the lagoon's 73-kilometer (45-mile) shoreline.

"It was an act of mourning for the death of the animals ... we wanted people to somehow ask their forgiveness for the barbarity we've inflicted on them," Jesus Cutillas, one of the organizers, told Agence France-Presse (AFP).

"For days, we've witnessed the death of millions and millions of fish and seeing all that unnecessary death hurts."

"The aim was to express our regret for what has happened and show our determination that it never happens again."

Many people wore black, and others held up banners reading: "SOS Mar Menor."

Organizers estimate up to 70,000 people joined the protest.

Experts say the fish suffocated due to a lack of oxygen caused by hundreds of tons of nitrates from fertilizers leaking into the waters, causing a phenomenon known as eutrophication that collapses aquatic ecosystems.

On Monday, regional officials said they had removed between 4.5 and 5.0 tons of fish, but by Saturday that had risen threefold to 15 tons of fish and algae.

"The 15 tons of dead fish and biomass (removed from the shore) show that this is indeed an environmental catastrophe and emergency. We need immediate help for the ecosystem," tweeted Noelia Arroyo, mayor of the nearby town of Cartagena.

Pedro Garcia, director of regional conservation organization Asociacion de Naturalistas del Sureste (ANSE), said this week that environmental groups feared the marine death toll was more than twice the figure given on Monday by the authorities.

"Within that 15-ton figure, there will certainly be at least two or three tons of dead vegetation, but we have no way of knowing for sure," he told AFP on Saturday.

At the lagoon on Wednesday, Environment Minister Teresa Ribera accused the regional government of turning a blind eye to farming irregularities in the Campo de Cartagena, a vast area of intensive agriculture that has grown tenfold over the past 40 years.

But agricultural groups insist they comply scrupulously with environmental legislation.