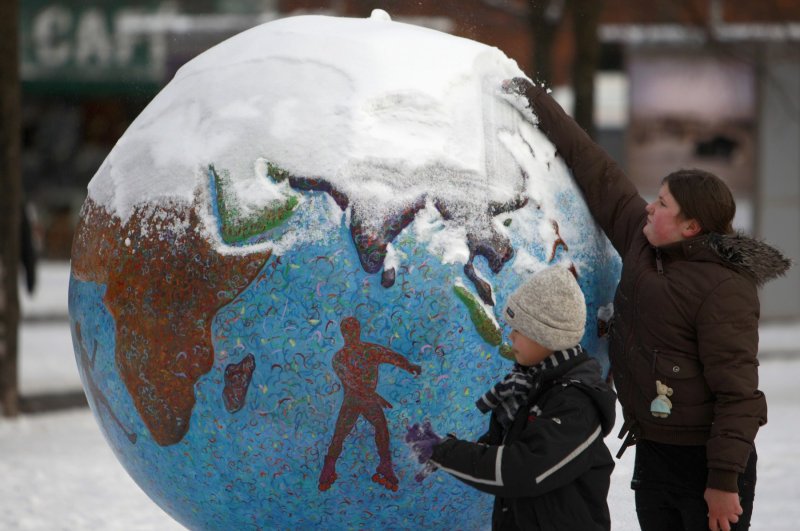 February saw record temperatures on the Antarctic Peninsula in two successive weeks as well as promising steps to combat the effects of climate change, including in Tunisia, the Philippines and China.

Here is a look at all the environmental developments, reports, events, and stories that dominated last month.

- World Wetlands Day is observed under the theme of Wetlands and Biodiversity to raise worldwide awareness about the global role of wetlands and to mark the Ramsar Convention – a 1971 international treaty for the conservation and sustainable use of wetlands.

- Known for his environmental reports, Tommy Apriando, a freelance journalist based in Yogyakarta, Indonesia dies at age 30 due to complications stemming from diabetes.

- Gujarat officially becomes the second state in India after Rajasthan to include climate change as a compulsory subject in the school curriculum upon activist Kangujam's request.

- Ocean Week starts with several activities in some European countries such as Belgium, France and Germany, and lasts until Feb. 9.

- The U.S. Environmental Protection Agency proposes re-approving neonics, a kind of pesticide toxic to bees, in a move criticized by environmentalists.

- Japan announces plans to build more than 20 new coal-fired power plants at a time many countries are pledging to shut down theirs for being the "dirtiest" source of energy.

- Pictet, a private bank and asset manager, is set to become Switzerland's first bank to eliminate all fossil fuels from its portfolio.

- The United Nations weather authority announces a record high temperature of 18 degrees Celsius (64 F) in the Antarctic region as the latest worrying sign of climate change.

- Residents in the Colombian capital marking the 20th annual car-free day walk and bike together in Bogota streets to build year-round culture of sustainable mobility.

- Researchers from the University of Ottawa in Canada find populations of 66 bumblebees are going extinct especially in Europe and North America due to climate change.

- As the effects of climate change become more evident, more than half of U.S. adults (56%) say climate change is the most important issue facing society today, according to a study by American Psychological Association.

- Eric Garcetti, mayor of Los Angeles, California in the U.S., signs L.A.'s Green New Deal, an executive order that will encourage the exploration of divesting from fossil fuel companies and investing in the green economy.

- More than 200 tons of pangolin scales were confiscated between 2016-2019, according to the Wildlife Justice Commission.

- Scottish First Minister Nicola Sturgeon says climate protesters and activists "must" play a leading role in COP26 – the U.N. climate talks to be held in Glasgow, Scotland this year.

- Global energy-related carbon dioxide emissions remained unchanged at 33 gigatons in 2019 despite widespread expectations of another increase, according to data released by the International Energy Agency.

- Rhino poaching in South Africa declines for a fifth straight year, with nearly 600 poached in 2019, down from some 770 in 2018, according to authorities.

- Air pollution from burning fossil fuels is attributed to about 4.5 million premature deaths worldwide each year and the global cost from fossil fuels is estimated at $8 billion per day, according to a report by Greenpeace Southeast Asia.

- Members of the European Parliament block a European Commission proposal that would allow lead-contaminated recycled PVC to be sold in the EU.

- U.S. President Donald Trump's administration proposes $188.8 million for the 2021 fiscal year budget to develop and manage offshore energy, according to a recent statement by the Bureau of Ocean Energy Management.

- British Business, Energy and Industrial Strategy Secretary Alok Sharma is appointed as the president of COP26.

- Turkey's Agriculture and Forestry Ministry launches its most comprehensive indigenous seed mobilization campaign in history, which is to allow the cultivation of seeds resistant to diseases.

- French President Emmanuel Macron announces the establishment of the French Office of Biodiversity (OFB), a new government agency charged with monitoring and restoring the country's environment.

- At least 100 suspects were detained for smuggling the world's most trafficked mammals, the pangolin, in Mozambique last year, the country's conservation authority announces.

- Saying human beings are the only species with the power to destroy the natural world, Tibetan spiritual leader Dalai Lama writes on Facebook that people have an "urgent responsibility" to protect wildlife and the planet.

- India hosts the 13th Conference of Parties to the Convention on the Conservation of Migratory Species of Wild Animals.

- Pope Francis calls for action on the Amazon forest and describes the destruction as a crime.

- Some 900,000 pangolins were trafficked, over 200 tons of African elephant ivory and 100,000 pig-nosed turtles were seized in recent years in the Southeast Asian countries, according to a report from the TRAFFIC organization.

- The Antique province of the Philippines bans construction of new coal-fired power plants after years-long anti-fossil fuel protests in the region.

- China officially bans the trade and consumption of wild animals over the deadly coronavirus outbreak, as the country's legislative committee passes a comprehensive ban.

- Canada-based Teck Resources Ltd. announces it is withdrawing from building the controversial oil sands project in northern Alberta over the debate on climate policy.

- Over 600 vultures are found dead in Guinea-Bissau with the death toll increasing day by day, according to the Vulture Conservation Foundation.