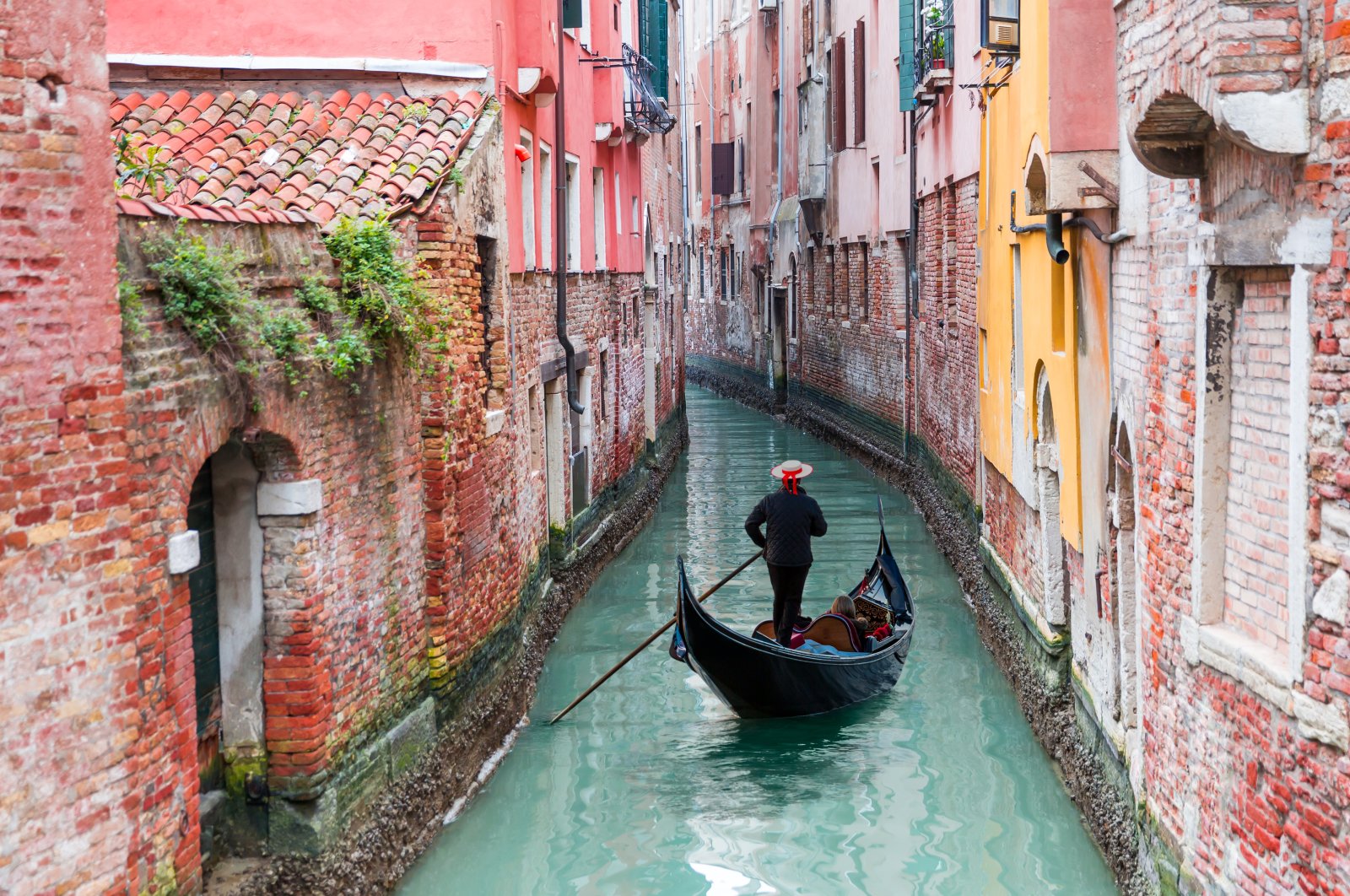 The city's reputation is ruined and tourists give the city a wide berth: This is what the future of Venice could look like if UNESCO includes the romantic northern Italian lagoon city in its damning list of endangered world heritage sites.

As a result of the city's reluctance to give up its cruise liner industry, the United Nations cultural authority is threatening to red list the city in mid-July in a new report condemning Italy's lackluster attempts to contain the damage caused by large ships and mass tourism.

The government in Rome responded on Monday evening with an alarmed appeal that it would now move quickly to remedy the situation.

"This would be a very serious matter for our country," Italian Culture Minister Dario Franceschini said. "The time for hesitation is over."

Yet the battle to preserve the city, which drew 5.5 million tourists in the pre-pandemic year of 2019 with its landmarks like St. Mark's Square and gondola-packed waterways, has been raging for many years.

Politicians in Rome, the Veneto region and the city are engaged in an ongoing tug-of-war with citizens' initiatives and the business community over the right course of action.

Venice and its lagoon have had UNESCO World Heritage status since 1987, a tourism-friendly label that can be used to generate income for the local economy.

If UNESCO is serious about its threat, Italy would be required to draw up a new plan of action and submit a report on implementation by February 2022, according to information from the Ansa news agency.

The U.N. authority is set to vote between July 16 and 31. A few years ago, there had even been considerations to withdraw the World Heritage title from the city.

At the beginning of June, after a 1 1/2-year hiatus during the pandemic, the first large cruise ship set sail again from Venice amid loud protests from many citizens.

Rome had decided by decree at the beginning of April to collect ideas to keep the giant ships out of the lagoon. Many had already seen this as a ban on ships of a large scale (more than 40,000 gross register tons), with the goal of preventing ships from sailing directly past St. Mark's Square. But that was not the case.

The search for a solution for cruise ships has since stumbled. According to media reports, a transitional period with a berth in the mainland industrial port of Marghera is planned and later a large, expensive new port facility on the sea.

"The industrial port of Marghera is part of the lagoon. Even if the cruise ships dock there, the lagoon will continue to be destroyed," said Petra Reski, a German author who lives in Venice.

"The cruise tourists don't sleep in the city and spend little money there, they rarely eat there either."

And what if Venice were to be put on UNESCO's red list – what some call a blacklist? "That would be a slap in the face for all those responsible here," Reski said.

In any case, the UNESCO experts write in their analysis that the tourism boom combined with the dwindling local population and fundamental policy deficits at various levels have led to a "significant loss of historical authenticity" in Venice. Climate change is also a concern.