US firefighters scramble to protect sequoia groves amid wildfires 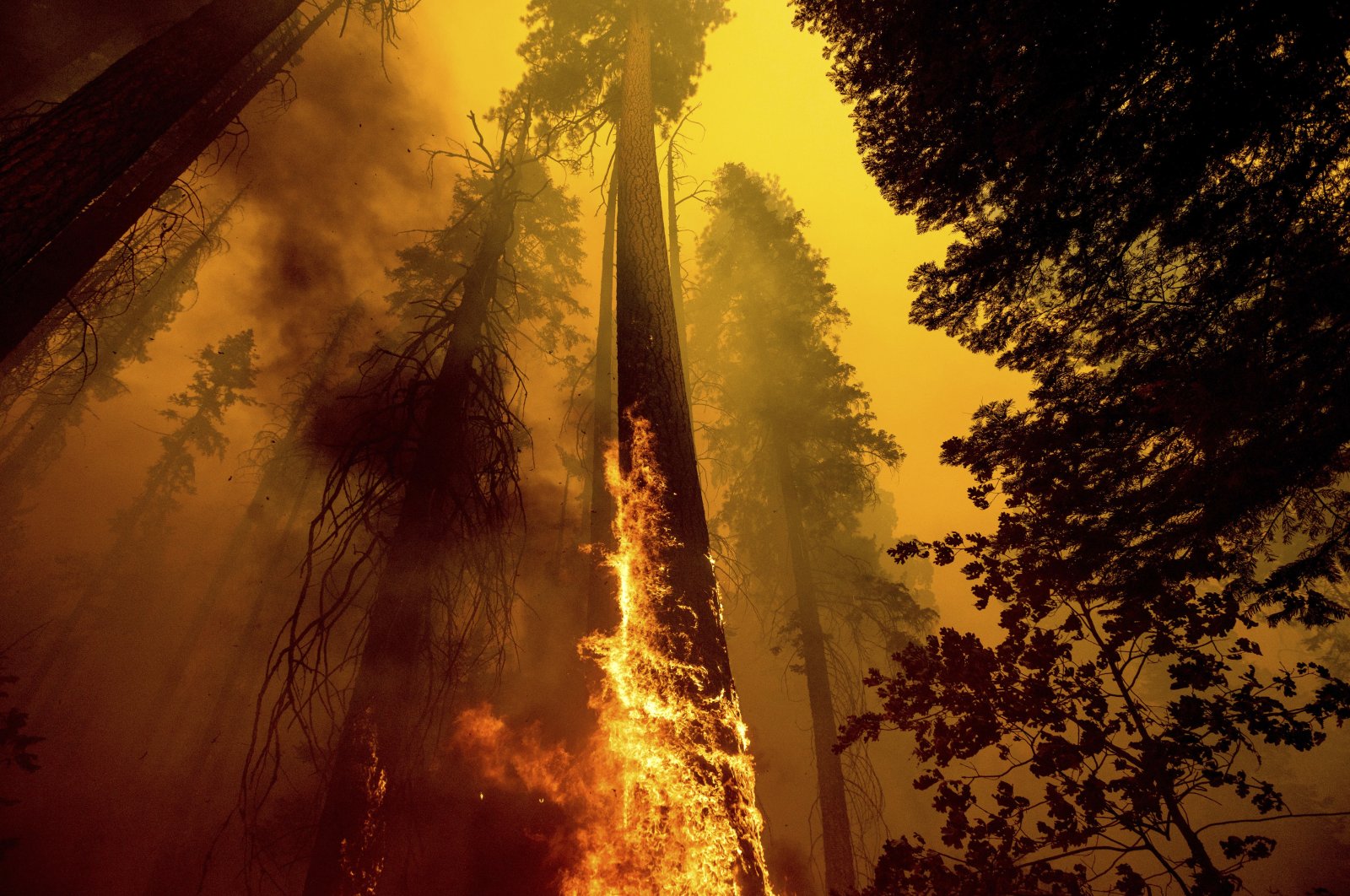 The U.S. firefighters on Sunday battled to keep fire from driving further into a grove of sequoia trees in California, where the base of the world’s largest tree has been wrapped in protective foil.

Fire officials warned that hot, dry weather and stronger winds were contributing to "critical fire conditions” in the area of the KNP Complex, two lightning-sparked blazes that merged on the western side of Sequoia National Park in the Sierra Nevada. The fire reached Long Meadow Grove, where the Trail of 100 Giant Sequoias is a national monument.

Fire officials haven’t yet been able to determine how much damage was done to the groves, which are in remote and hard-to-reach areas. However, an Associated Press (AP) photographer saw active flames burning up a trunk, with the forest floor ablaze below. The National Weather Service issued a red flag warning through Sunday, saying gusts and lower humidity could create conditions for rapid wildfire spread. The fires forced the evacuation of the park last week, along with parts of Three Rivers, a foothill town of about 2,500 people.

Firefighters using bulldozers expanded a line between the fire and the community, fire spokesperson Rebecca Paterson said Sunday. More than 34 square miles (88 square kilometers) of forest land have been blackened. The National Park Service said Friday that fire had reached the westernmost tip of the Giant Forest, where it scorched a grouping of sequoias known as the "Four Guardsmen” that mark the entrance to the grove of 2,000 sequoias. Since then crews have managed to keep the flames from encroaching further into the area.

"The fire perimeter kind of wraps around the Giant Forest at this point," Paterson said. Firefighters swaddled the base of the General Sherman Tree, along with other trees in the Giant Forest, in a type of aluminum that can withstand high heat. The General Sherman Tree is the largest in the world by volume, at 52,508 cubic feet (1,487 cubic meters), according to the National Park Service. It towers 275 feet (84 meters) high and has a circumference of 103 feet at ground level.

Firefighters who were wrapping the base of the sequoias in foil and sweeping leaves and needles from the forest floor around the trees had to flee from the danger, fire spokesperson Katy Hooper said Saturday. They returned when conditions improved to continue the work and start a strategic fire along Generals Highway to protect the Giant Forest grove, she said.

Giant sequoias are adapted to fire, which can help them thrive by releasing seeds from their cones and creating clearings that allow young sequoias to grow. But the extraordinary intensity of fires – fueled by climate change – can overwhelm the trees. "Once you get fire burning inside the tree, that will result in mortality,” said Jon Wallace, the operations section chief for the KNP Complex.

The fires already have burned into several groves containing trees as tall as 200 feet tall and 2,000 years old. To the south, the Windy Fire grew to 28 square miles on the Tule River Indian Reservation and in Giant Sequoia National Monument, where it has burned into the Peyrone grove of sequoias and threatens others. Historic drought tied to climate change is making wildfires harder to fight.

It has killed millions of trees in California alone. Scientists say climate change has made the West much warmer and drier in the past 30 years and will continue to make weather more extreme and wildfires more frequent and destructive. More than 7,000 wildfires in California this year have damaged or destroyed more than 3,000 homes and other buildings and torched well over 3,000 square miles of land, according to the California Department of Forestry and Fire Protection.