'We can avoid catastrophe': 11-year-old boy walks to save planet 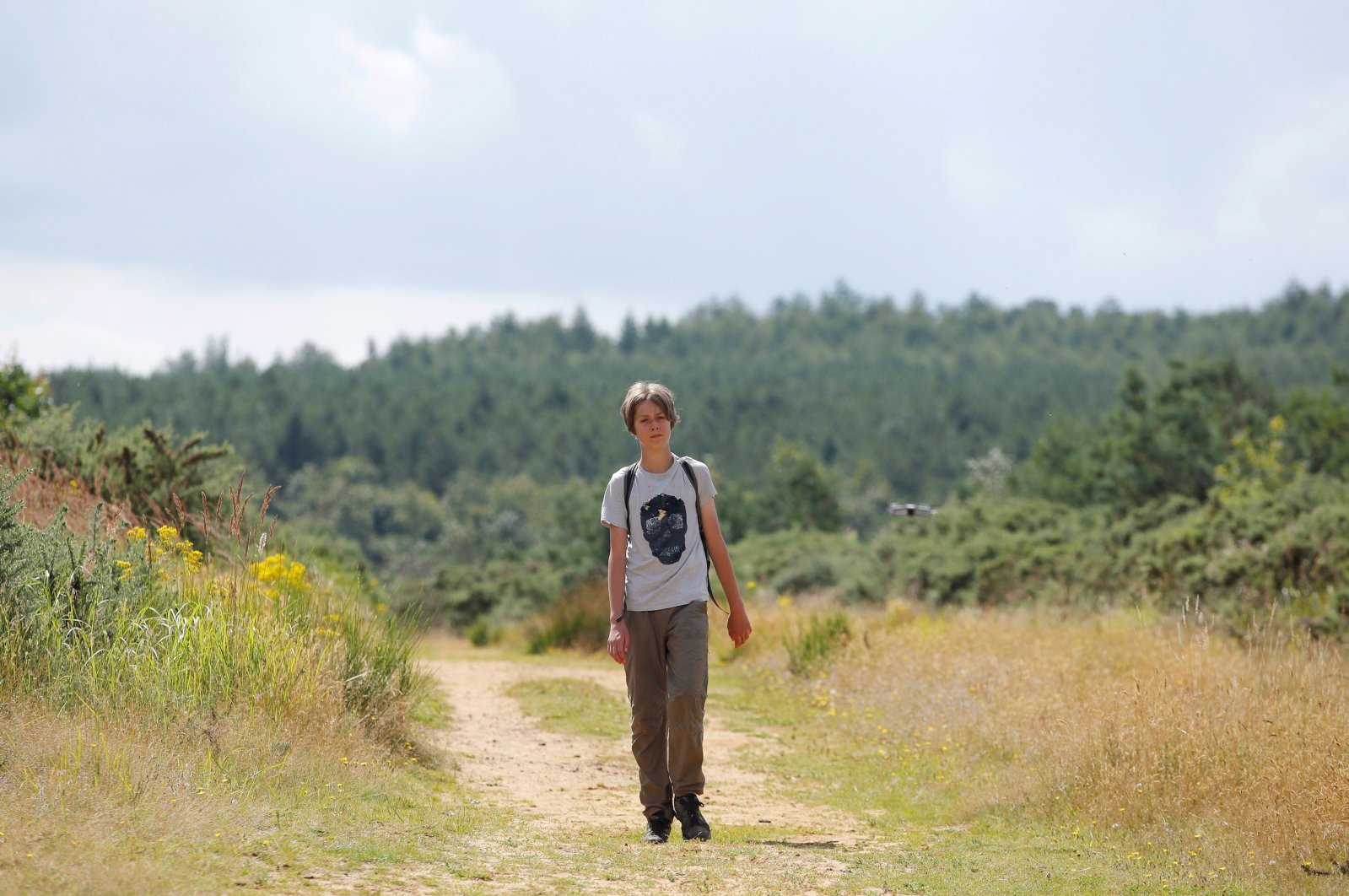 Jude Walker, 11, during his 210-mile (340-km) walk from Yorkshire to London over 21 days to raise awareness for "the zero carbon campaign" petition, which calls for the government to implement a carbon tax, in Milton Keynes, Britain, Aug. 10, 2021. (REUTERS/Andrew Couldridge)
by REUTERS Aug 13, 2021 1:17 pm
RECOMMENDED

An 11-year-old boy, Jude Walker, is planning to walk from London to northern England aiming to garner support for a carbon tax to tackle carbon emissions.

Partly inspired by activist Greta Thunberg, Walker, from Hebden Bridge in Yorkshire, has braved hills, rain and doubts along his 210-mile (about 338-kilometer) trek to the British Parliament in Westminster, central London.

Global warming is dangerously close to spiraling out of control and the world is already certain to face further climate disruptions for decades, if not centuries, to come, a United Nations climate panel said this month.

While most political leaders and investors accept the science behind climate change, there are deep divisions over what must be done to stop it, how radical the response should be – and who should pay for it. Walker is clear that a carbon tax is a crucial step to slowing down humanity's current path to what he called a dystopian world.

"We now know a lot more about climate change and I think a carbon tax would be definitely one of the most useful solutions to it," Walker told Reuters as he walked through Woburn Sands, a town about 50 miles north of London. He wants people to sign a petition calling for a carbon tax.

Currently, just under 57,000 people have signed it. If it gets 100,000 signatures, it will be considered for debate by Parliament. In a response to the petition, Britain said it was the first major economy to legislate for net-zero emissions by 2050 and that it was committed to ensuring that polluters continue to pay for their emissions.

"The effects of climate change are already being seen," Walker said. "We really need to make the changes now particularly if you want to avoid the devastating impacts later on. "He is walking for 10 miles a day, accompanied on each day's walk with either members of his family or friends. He is due to finish the walk at St James's Park on Saturday. Ahead of the U.N. climate conference, known as COP26, in Scotland in November, Walker called for serious action to slow climate change.

"It would be just a dystopian world unless this summit doesn't goes to plan," he said. "We can avoid catastrophe."