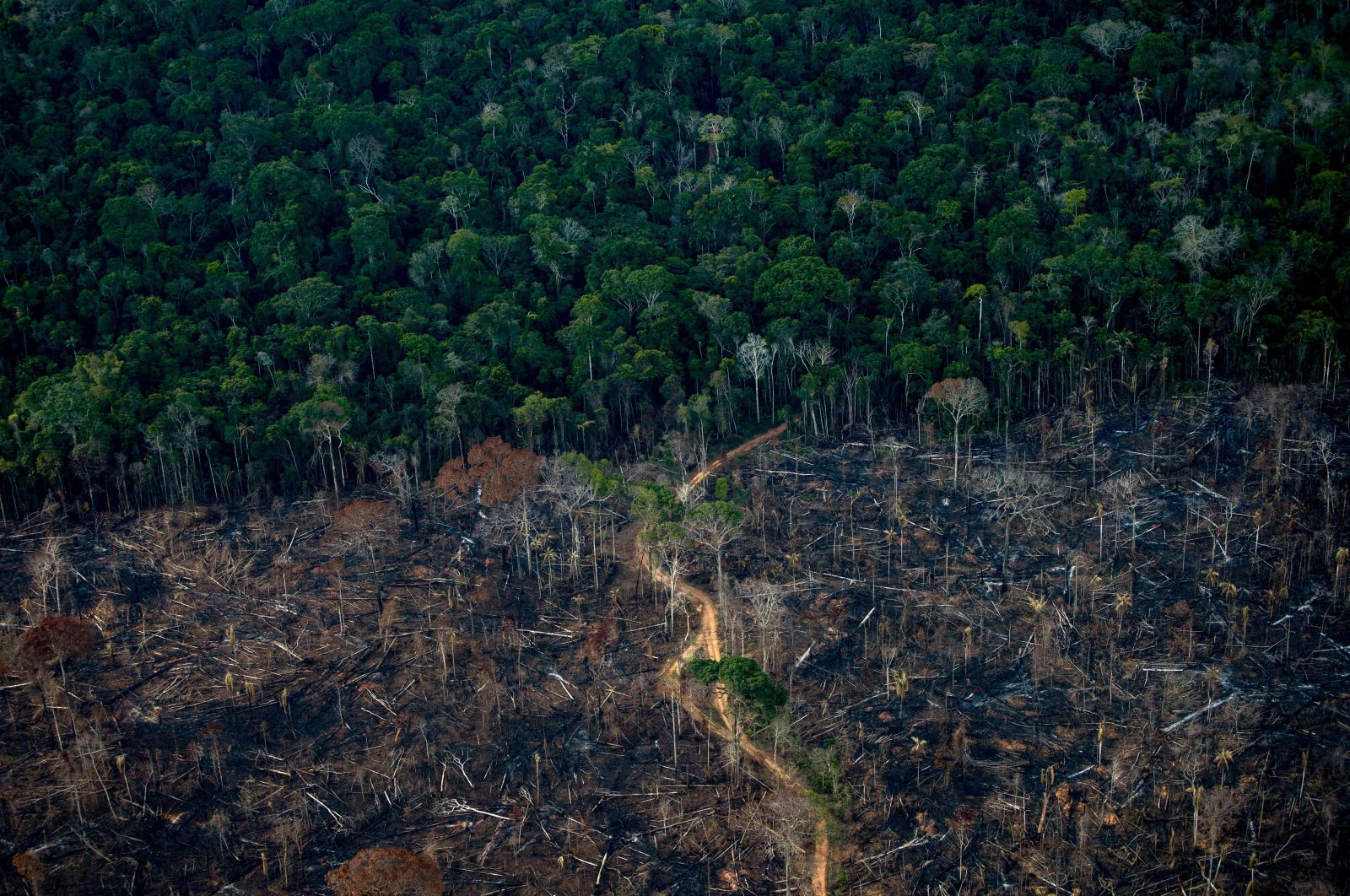 Seen from the sky, the Amazon is an endless expanse of deep green, a place where life explodes from every surface, broken only by the blue rivers snaking across it.

Endless, that is, until it isn't.

Fly toward the edges of the world's biggest rainforest, and you will come to the vast brown scar tissue, the places where the jungle is being razed and burned to make way for roads, gold mines, crops and especially cattle ranches.

This is the fast-advancing "arc of deforestation" that cuts across South America, and it is a cataclysm in the making for our planet.

Thanks to its lush vegetation and the miracle of photosynthesis, the Amazon basin has, until recently, absorbed large amounts of humankind's ballooning carbon emissions, helping stave off the nightmare of rampant climate change.

But studies indicate the rainforest is near a "tipping point," at which it will dry up and turn to savannah, its 390 billion trees dying off en masse.

Already, the destruction is quickening, especially since far-right President Jair Bolsonaro took office in 2019 in Brazil – home to 60% of the Amazon – with a push to open protected lands to agribusiness and mining.

The devastation is growing for the Amazon's exquisitely intricate web of interdependent species – more than 3 million of them – including iconic wildlife such as the powerful harpy eagle and sleek, majestic jaguar.

Violent incursions by illegal gold miners into Indigenous lands have also taken a terrible toll on native peoples, the best guardians of the forest because of their traditions of deep respect for nature.

"The sun is hotter, the rivers are drying up, the animals are disappearing. Things are falling apart," said Eldo Shanenawa, a leader of the Shanenawa people in northwestern Brazil, who at 42 years old said he has seen the Amazon change before his eyes.

Scientists say if the Amazon reaches the tipping point, instead of helping curb climate change, it will suddenly accelerate it, spewing up to a decade's worth of carbon emissions back into the atmosphere.

"We're killing the Amazon," she added.

This is, in some ways, a story of evil: Of violent bad guys in black hats exploiting a lawless frontier, political corruption and massive inequality to increase their wealth on riches ripped from the land.

But it is also the story of all humanity: Our relationship with nature, our endless appetites, our seeming inability to stop.

After all, the gold, timber, soy and beef destroying the rainforest are a question of global supply and demand.

The products killing the Amazon can be found in homes around the world.