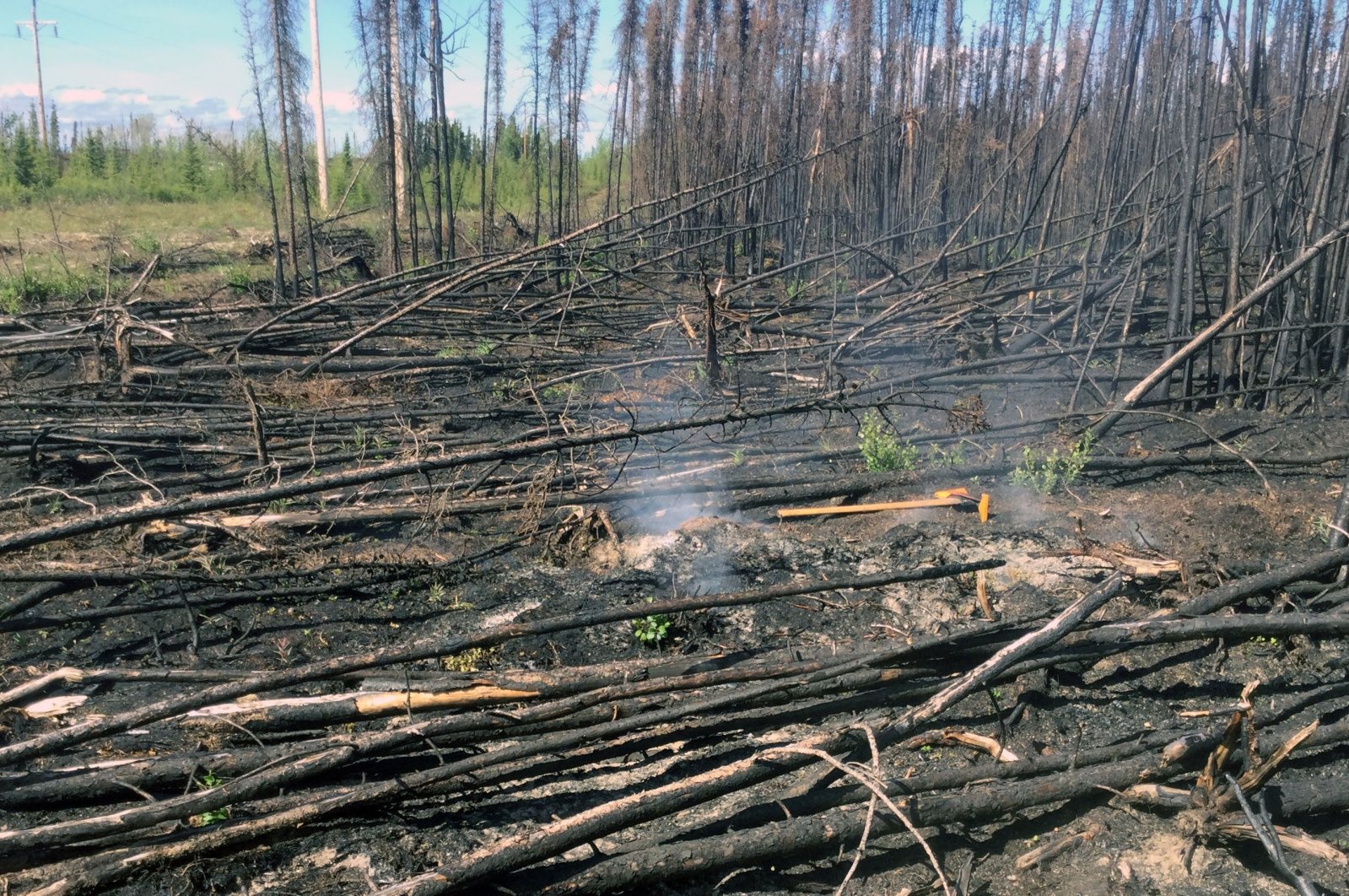 Forest fires have become an alarming issue around the world in recent years, as human errors have increased and climate change causes them to be bigger and harder to put out. Meanwhile, another threat has started to rise from the ground in the Northern Hemisphere's forests – "zombie" fires, which reignite during hotter summers and a new study suggests they may become more common.

Normally fires in Arctic regions are caused either by lightning strikes or humans but recent years have seen increasing reports of smoldering soil that sparks into flames in the spring, with huge blazes in Siberia in 2020 partly attributed to this phenomenon.

Called "zombie" fires because they apparently "rise from the dead," these overwintering blazes can survive even when the temperature outside drops far below zero.

In some of the first scientific research on these fires, researchers in the Netherlands and North America tracked burning seasons in Alaska and Canada's Northwest Territories using satellite images from a period of 17 years.

They found that extreme summer temperatures and an intense fire season enable some wildfires to penetrate deep into the carbon-rich peat soil, which gives them fuel as they hibernate underground throughout winter.

"I think a general perception of people when they think about forest fires, they think about trees burning," said Sander Veraverbeke, an assistant professor at Vrije Universiteit in Amsterdam who co-authored the research.

"But in these areas in the high north, in the boreal forest, about 90% of the carbon that is emitted comes from the soil."

Snow may also play a crucial role in insulating the fire.

"The same type of fire without snow, let's say in a temperate peatland, will probably extinguish because there's so much rain. But there, once there is a snow layer on top, it is preserved nicely," said Veraverbeke.

Researchers looked for clues from the satellite images.

For example, smoldering is likely to reignite "within a few hundred meters of the old fire scar," said Veraverbeke.

They also tend to spark just as the ground thaws, much earlier in the year than those started by lightning.

The study, published in the journal Nature, found that overwintering fires are still relatively rare in boreal forests, during the 2002 to 2018 period as a whole they were responsible for just 0.8% of the total burned area.

However, this varied dramatically depending on the warmth of the summers, the authors found, with the number rising to 38% of burn area one year.

This suggests potentially more overwintering fires as the climate warms, the researchers said.

Temperatures in polar regions are rising faster than in other parts of the globe and 2020 was the second warmest year on record in the Arctic.

Veraverbeke first came across overwintering fires following research he did on blazes caused by a high number of lightning strikes, also set to rise with climate change, in the summers of 2014 and 2015.

"I kept following the satellite images the year after and what really triggered my attention is that on the edge of the fire scars from the year before I saw that early on in spring you had new fires popping up that started spreading again," he said.

Fire managers in the region confirmed they had seen previous cases.

In fact, one of the study's co-authors, Randi Jandt of the Alaska Fire Science Consortium, University of Alaska, had previously documented one "notorious" fire that started in 1941, with huge blazes caused by steam engines dumping ash that reemerged the next year.

But, cases are rare and the phenomenon was not well known until recently.

Veraverbeke said being able to predict where zombie fires might reemerge, by monitoring the edges of large blazes in the previous year, could help them douse the flames early and "keep that carbon in the ecosystem."

However, with tight budgets, he said many fire services currently act only if life or property are threatened, with climate mitigation not a major consideration in fire management.

"I think we should start thinking about doing that for fires in general. But the overwintering fires may actually be low hanging fruits because of their predictability," he said.