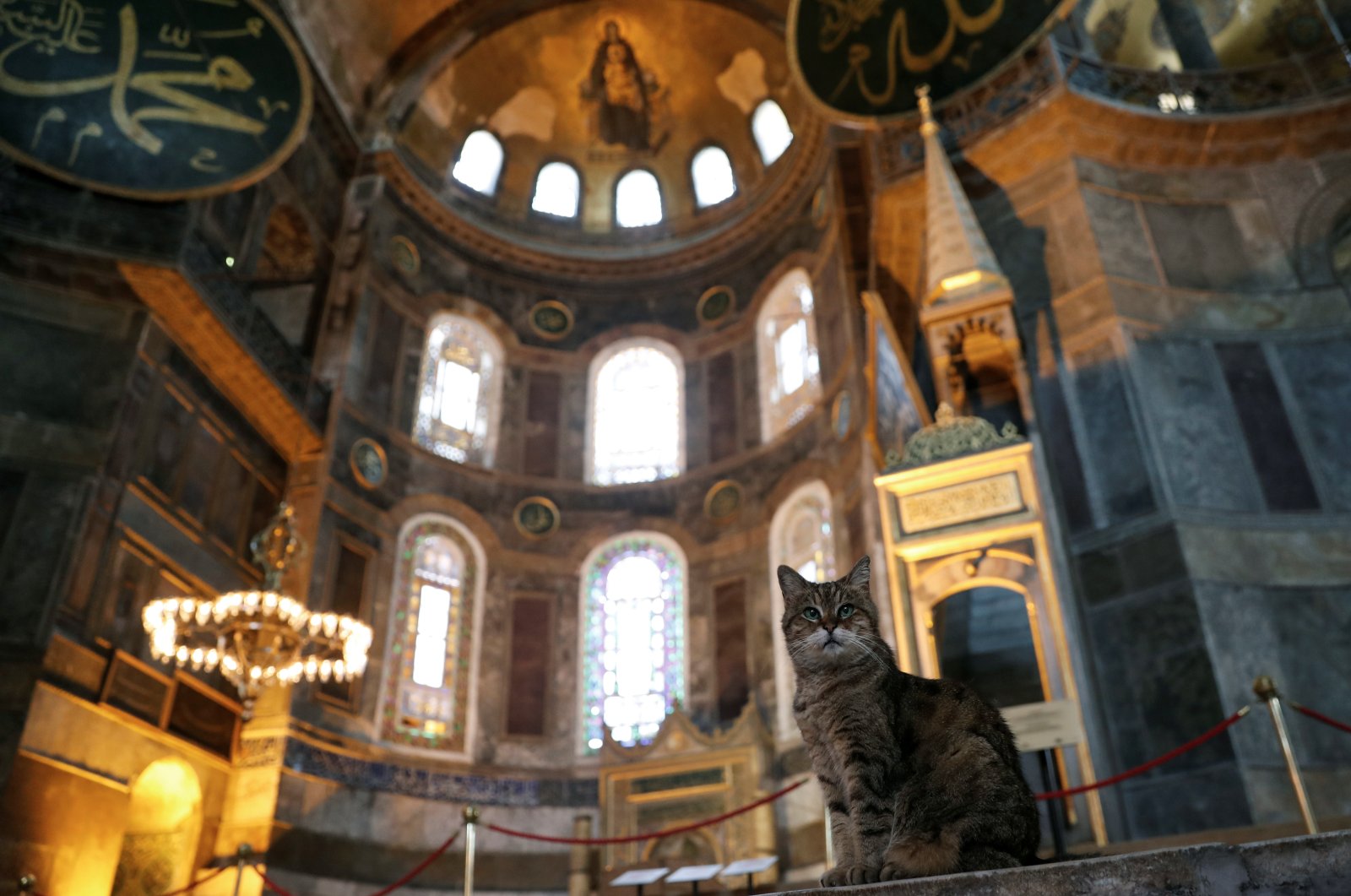 Gli, the Hagia Sophia Grand Mosque's favorite feline resident, has died at the age of 16, a statement posted on the cat's Instagram account said Saturday.

Gli died in the veterinary clinic in Levent where she was getting treatment.

“I am sorry to lose Gli. Hagia Sophia's cat Gli, who has been treated in a private veterinary clinic in Levent since Sept. 24, unfortunately, passed away due to old age. We will never forget you, Gli,” Istanbul Governor Ali Yerlikaya said on his Twitter account.

Regarded as a celebrity cat, Gli has over 113,000 followers on Instagram and has been living in the Hagia Sophia Grand Mosque for the past 16 years.