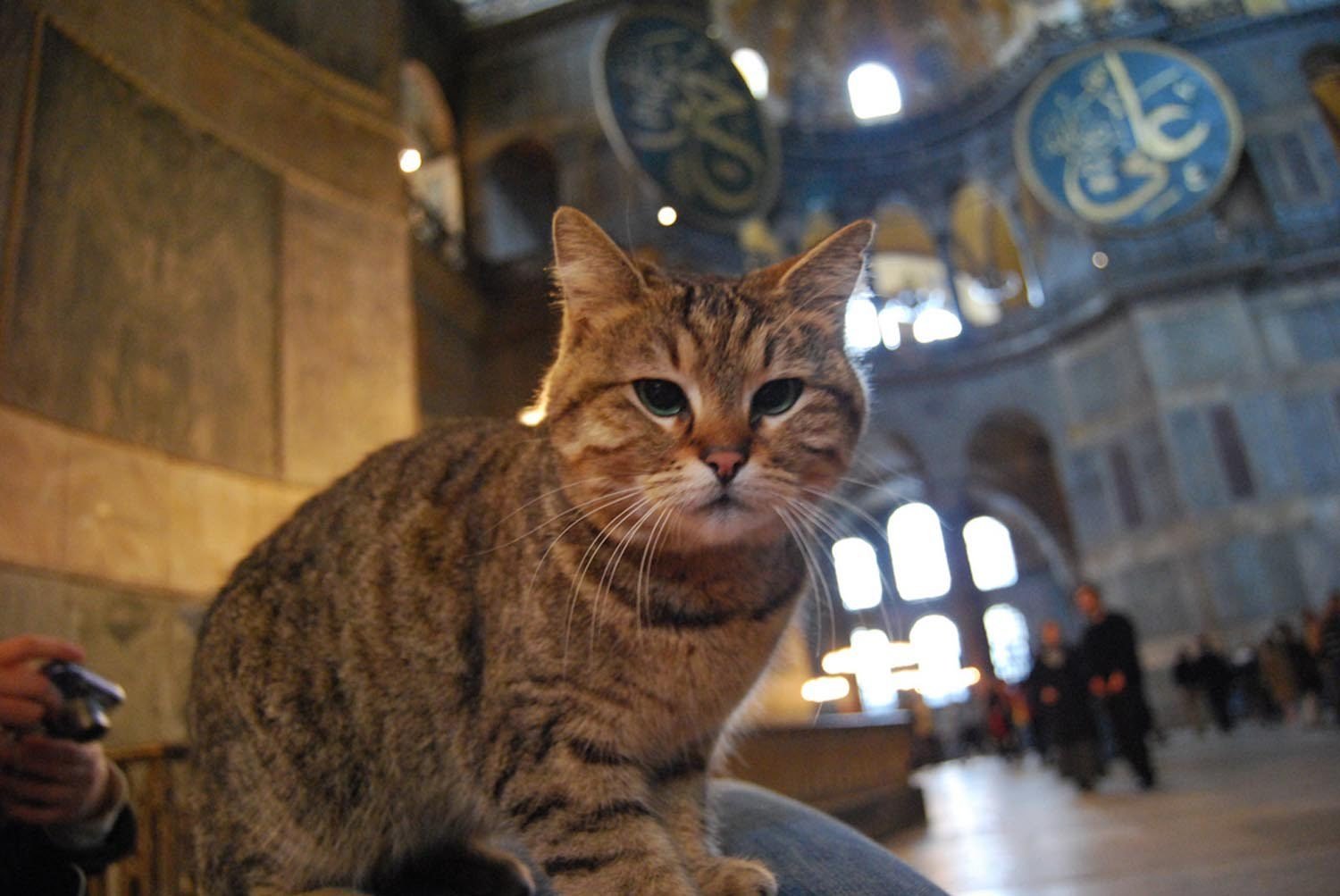 Sixteen years may not feel like a long life for the average human but for a cat, it is most often an age few are blessed to reach.

The Hagia Sophia Grand Mosque's favorite feline resident, Gli the cat's health is unfortunately not doing well and it may be time for everyone's prayers.

The health update came from Gli's Instagram account via a video post on Thursday. The veterinarians taking care of her said she was under surveillance 24/7 and being taken care of in the best possible way.

Gli, who is roughly 80 years old in human years, has been in isolation and receiving treatment since falling ill in late September.

The celebrity cat has over 107,000 followers on Instagram and has been living in the Hagia Sophia Grand Mosque for the past 16 years. She is most distinguishable by her big shiny green eyes. Among the famous figures charmed by her beauty is former U.S. President Barack Obama, who was filmed stroking her during a trip in 2009.

Despite the famous structure being reverted back to a mosque this year, Turkish authorities assured the public that it would remain Gli’s home.