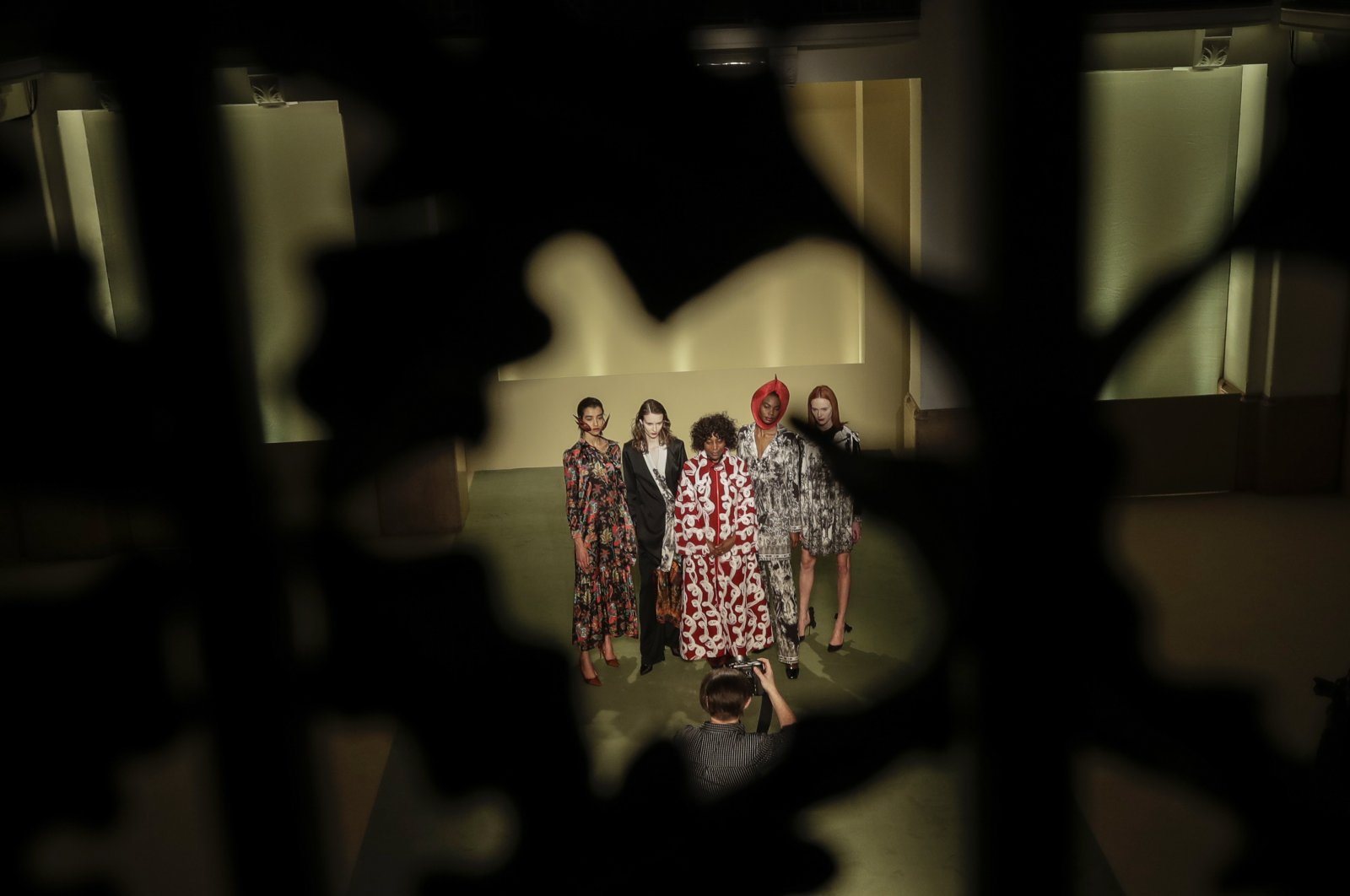 The semi-annual Milan Fashion Week, one of the "Big Four" fashion weeks and trade shows, along with New York, Paris and London, which also had had unique showcases recently, launched online this week due to the global COVID-19 pandemic, and on Wednesday debuted five designers of African origin under the banner "We are Made in Italy."

Joy Meribe, who is originally from Nigeria, started out working in Italy as a cultural mediator. Fabiola Manirakiza came to Italy as a child from Burundi and first trained as a doctor.

Morocco-born Karim Daoudi grew up in a shoe-making town in northern Italy and eventually took up the local craft. Pape Macodou Fall arrived from Senegal at the age of 22, applying his creative streak as an actor, film producer, figurative painter and now, as a designer of up-cycled garments.

Just one of the five, Cameroonian Gisele Claudia Ntsama, set her sights on Italy with the singular, already mature goal of a fashion career.

"When I told friends in Cameroon that I wanted to travel to Italy to become a fashion designer, they said, 'Why are you going to study fashion. You know you are Black? What Italian fashion house is going to hire you?'" Ntsama said in a video chat with The Associated Press (AP). "It is always in people's minds that fashion is for white people. No and no and no!"

The collaboration has expanded from September, when the Fab Five's collections hung in a showroom, to a bona fide runway show of five looks each for Milan Fashion Week, which is taking place 99% online. For their fall-winter 2020-21 collections, the designers worked alongside suppliers and received mentoring from experts, all organized by the Italian fashion council, in an enhanced partnership that allowed them to take their creations to the next level.

A multi-ethnic team of stylists, hairdressers and makeup artists were on hand to prep for the runway show, and buyers can visit the collection on the National Chamber of Italian Fashion website.

Meribe worked with silk from the Como-based textile company Taroni, revisiting some of her earlier designs for her Modaf Designs brand that she has traditionally made from cotton renderings of traditional African wax textiles. Buchanan helped with fitting and encouraged Meribe to change ideas at the last minute without being too rigid.

"This collection is the most luxurious I have ever created. For this capsule collection, I went beyond every possibility,'' Meribe said.

Daoudi worked with Veneto shoemaker Ballin, which produces footwear for Bottega Veneta, Chanel and Hermes, to create his collection of high heel sandals and boots. He said the association helped him produce more challenging designs.

"I hope that there are buyers,'' he said, adding that the producer plans to help him fill any orders he receives.

Ntsama added knitwear to her distinctive swirling creations from hemp textiles. The artisanal looks are one-of-a-kind pieces fit for the celebrity red carpet and require hours of handcraftsmanship: She shapes the hemp with a kitchen utensil she prefers not to identify and irons it into place.

Manirakiza, whose Frida Kiza brand already has a following in the Marche region of Italy where she lives and in Rome, needed no outside financing for her collection inspired by Botticelli's "Primavera," which she intended as a sign of hope after the pandemic.

A babydoll dress with a gathered neckline and cape details is crafted from a black and white print of "Primavera" that emphasized the masterpiece's floral elements. Manirakiza said staging a runway show was "a wonderful experience" that she hopes will help expand her brand.

Ngonmo established Afro Fashion Week Milano on her own after failing to get the attention of the industry before the Black Lives Matter movement inspired Black Italian creatives to draw attention to the limits they face. She said it was particularly important that the fashion world didn't just stop with slotting the names of African-born designers into the fashion calendar but gave them material support to grow.

"This has to have deeper roots. If we want to have true change, we need to offer the same opportunities that their colleagues have had, give them the same instruments and experiences,'' Ngonmo said. "Let's say this is a good first step."