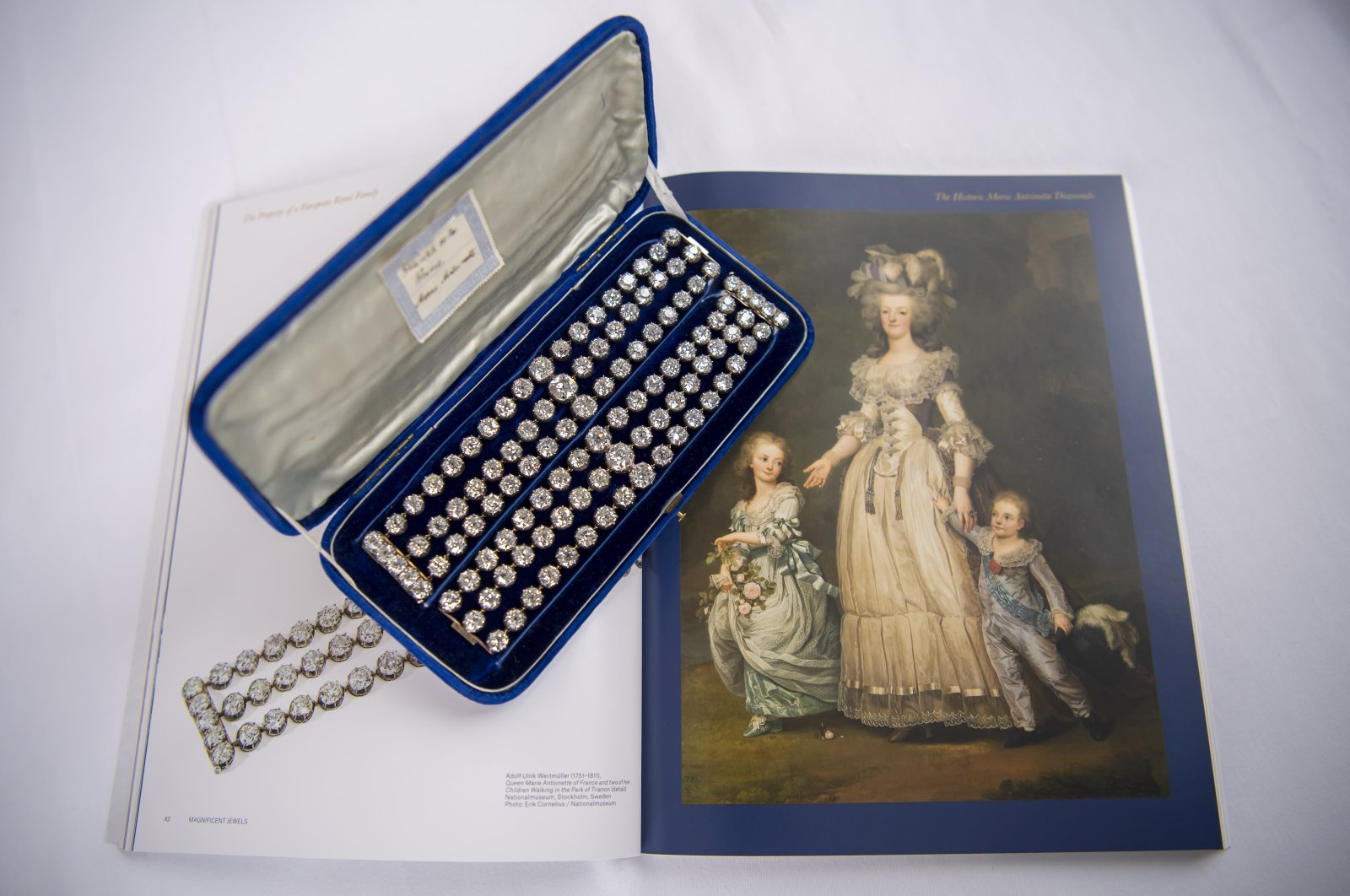 An image of a pair of diamond bracelets once owned by Queen Marie Antoinette of France, in silver and yellow gold, circa 1776, during a preview at the Christie's, in Geneva, Switzerland, Nov. 3, 2021. (Martial Trezzini/Keystone via AP)
by ASSOCIATED PRESS Nov 10, 2021 10:50 am
RECOMMENDED

The opulent bracelets, among the rare pieces of jewelry from the ill-fated French royal that are still up for public sale today, were among the standout features in a Christie’s auction in Geneva.

They feature 112 diamonds and each weighs 97 grams (3.4 ounces) and include silver and gold.

The pair sold for much more than the presale estimate of between 2 million and 4 million Swiss francs. The final price included taxes and fees on top of the hammer price. The buyer was not identified.

After Marie Antoinette’s death in the French Revolution in 1793, the bracelets that had been commissioned some 17 years earlier were passed on from her daughter Marie Therese and kept within royal lineage for over 200 years, Christie’s said.

On Wednesday, as part of regular Geneva jewelry auctions, rival house Sotheby’s is set to put under the hammer a 26.8-carat oval sapphire surrounded by diamonds and matching ear clips that once belonged to Grand Duchess Maria Pavlovna of Russia – pieces that were whisked out of Russia during the country’s 1917 revolution.

On Thursday, Sotheby’s will auction a pair of high-top Nike sneakers from Kobe Bryant, the Los Angeles Lakers shooting guard who died in a helicopter crash in California last year. The basketball shoes are expected to fetch up to 35,000 Swiss francs.

Bryant wore the sneakers in a March 17, 2004, victory over the L.A. Clippers, according to the auction house.